Baring it all! Chrissy Teigen debuted her bare baby bump less than two weeks after she and husband John Legend announced they are expecting another child.

“Wow, third baby, goes fast,” the Cravings author, 34, said in an Instagram Story video on Wednesday, August 26. “How is this possible?”

In the clip, the pregnant mother of two put her growing bump on display, wearing only a kimono, which highlighted her size. Teigen also showed some side boob as she held onto her belly and kept the cover-up from exposing the rest of her body. 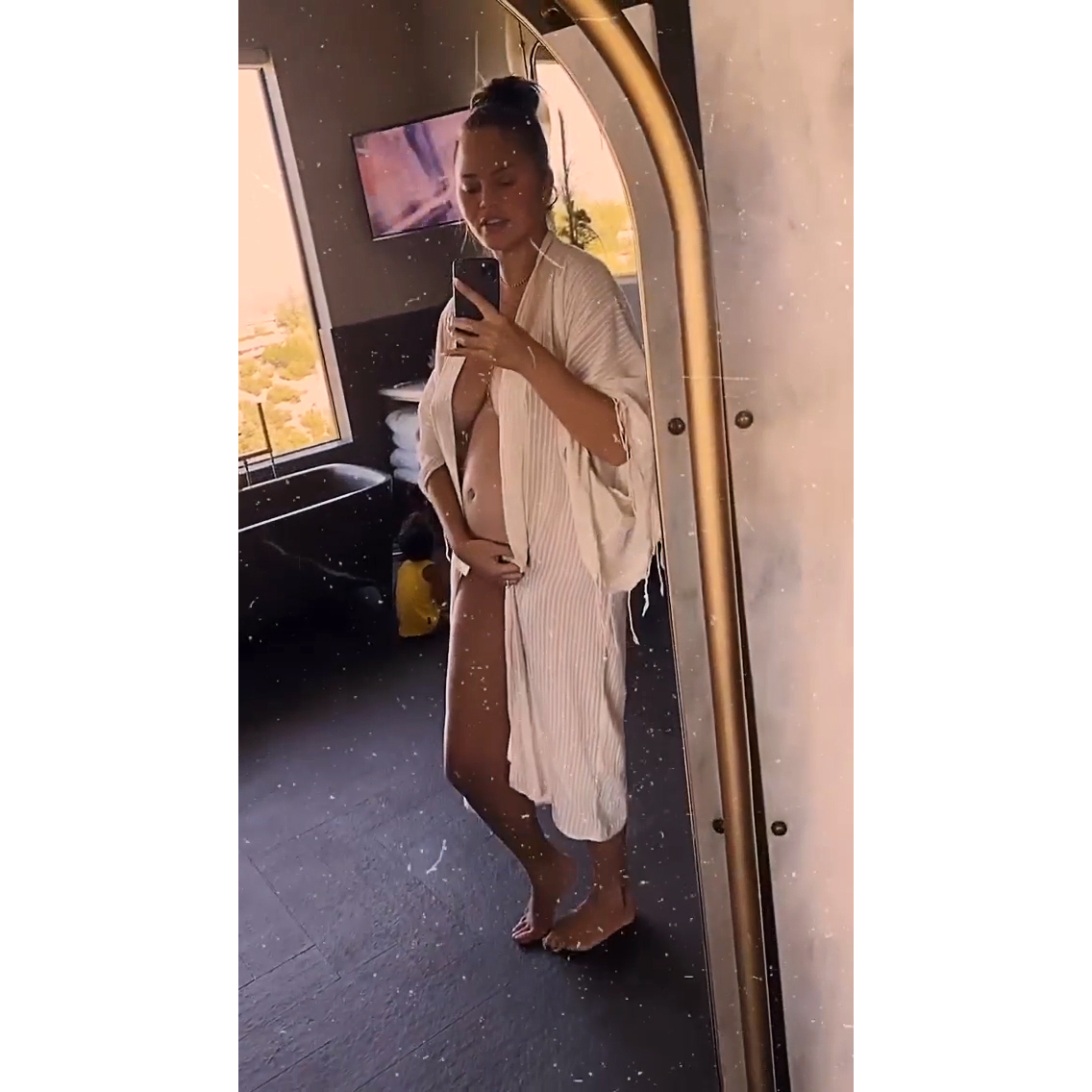 Us Weekly confirmed on August 13 that the model is having baby No. 3, after Teigen debuted her baby bump in her husband’s “Wild” music video the same day.

The Lip Sync Battle cohost opened up about the exciting news the following day and revealed that she was “scared” at the start of the pregnancy because she learned she was expecting shortly after undergoing breast implant removal surgery earlier in the summer.

“I did the routine pregnancy test you do before surgery. It said negative. It was not negative,” the Utah native tweeted on August 14, explaining her pregnancy timeline. 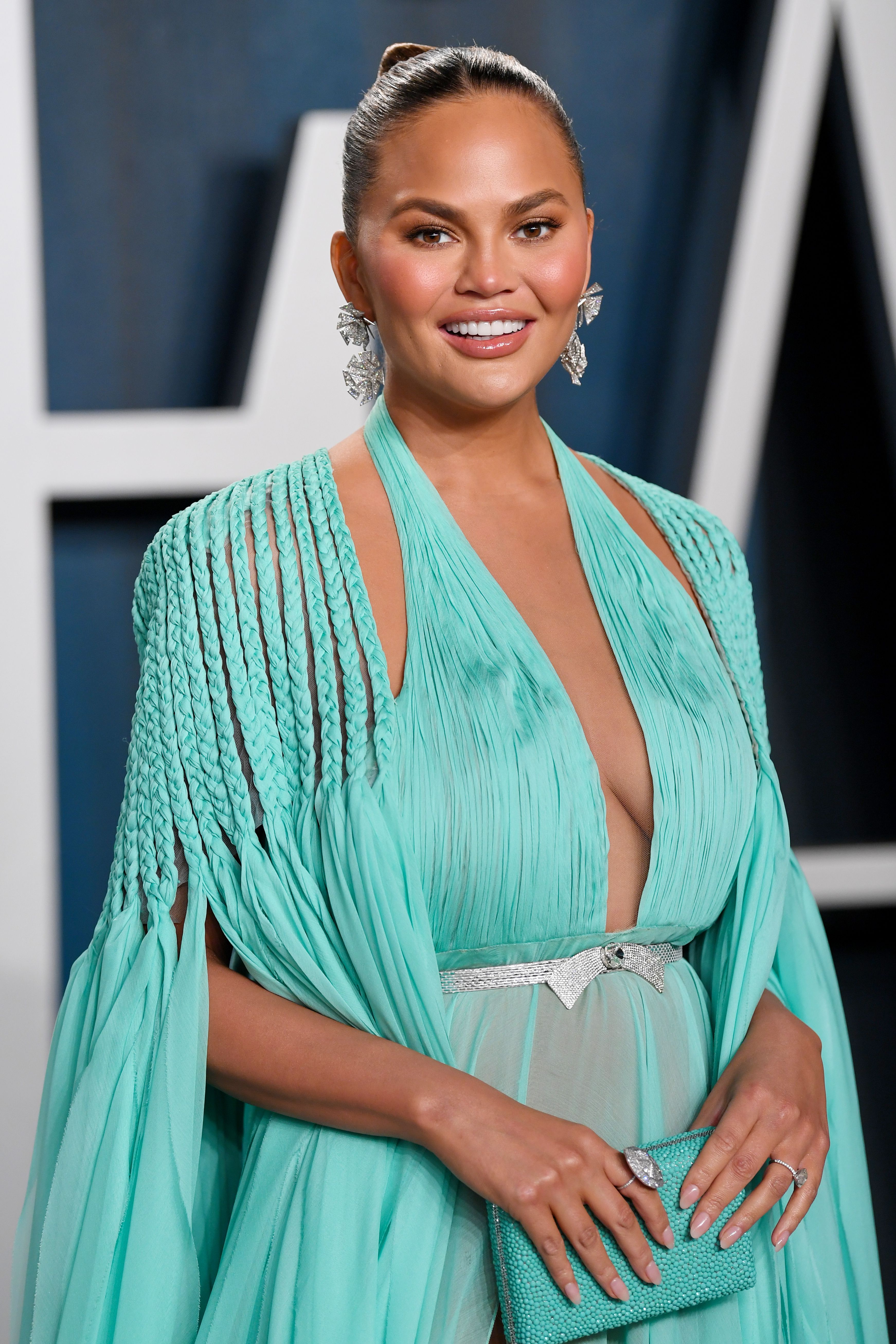 A few weeks after her surgery, in June, she took another pregnancy test and it came back positive. From that moment on, Teigen said she “prayed to the boob surgery gods that everything would be okay.”

The Chrissy’s Court star noted that she is still “very worried” about this pregnancy, since she got pregnant with the pair’s other children, daughter Luna, 4, and son Miles, 2, through in vitro fertilization.

“Part of me misses the safety of my perfect embryos, created in their little dish. They felt untouchable and safe,” she added.

Legend, for his part, opened up about the “little quarantine surprise” during a Today show appearance on August 17.

“But we’re very excited, and we’re grateful for all the well-wishes we’ve gotten from people all around the world,” the “All of Me” crooner, 41, said. “Thank you so much.”

A year prior, Teigen revealed via Instagram that she and Legend wanted to “wait a few years before attempting” to have another little one. At the time, she joked that her two kids “are exhausting!”