A small plane recently spotted by sonar at the bottom of a Northern California lake is not the wreck of an aircraft that disappeared into the water after a midair collision in 1965, authorities said Wednesday.

The possibility arose last week when wreckage was spotted by technicians testing sonar equipment at Folsom Lake. Seafloor Systems was able to take clear images of the plane’s tail and propeller because California’s severe drought has made the lake’s water level low.

Dive team sergeants from the Placer and El Dorado county sheriff’s offices went out with the technicians to obtain better images and they determined it is an airplane that crashed in 1986, the Placer County Sheriff’s Office said.

Last week, @seafloorsystems was at Folsom Lake using their sonar equipment when they found a #plane underwater. At the time, they believed the plane was from a 1965 crash. #PCSO & @ElDoradoSheriff went out w/technicians yesterday & discovered: https://t.co/8ThOsYJhJk #FolsomLake pic.twitter.com/Wp5gWUTghe

The 1986 crash was reported and did not involve any fatalities, the office said in a statement.

The earlier crash occurred on New Year’s Day 1965. One plane managed to land safely at an airport but the other plunged into Folsom Lake. Remains of its pilot were recovered but the bodies of the three passengers were not found.

“The relatives of the deceased from the 1965 plane crash do not wish for others to search for the plane or remains. They would like the final resting place for their family to remain at the bottom of Folsom Lake,” the statement said. 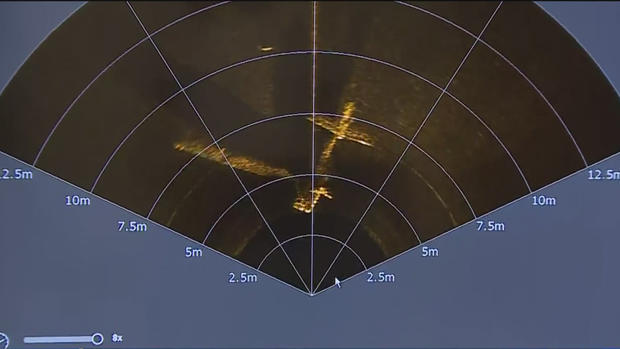 California is suffering from a severe drought that is drying out lakes across the state, and that is why the plane was spotted.

A dangerous heat wave is plaguing much of the western U.S. this week, following the worst drought across the region in modern history. Death Valley is forecast to reach or exceed 127 degrees Fahrenheit four days this week.

Right now, a record-shattering 27% of the West is categorized as experiencing an “exceptional drought” — the highest category. The 20-year record since 2000 was only 11%. 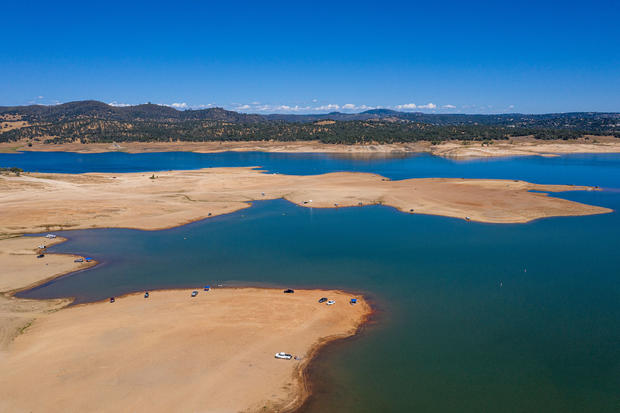 Sophie Lewis contributed to this report.