It’s been rumoured for months but Google Pixel fans may have finally got their best look yet at what’s coming next from the US technology firm. The Pixel 4a looks set to be the next big release from Google and, if it follows on from the Pixel 3a, it should offer some seriously good specs at a very low price.

Many thought this new cut-priced call maker was going to arrive in the spring but the global health crisis understandably appears to be slowing down Google’s plans.

That means we’re still not really sure when the Pixel 4a will be released but we may now know exactly how it will look.

The team at 9to5Google have just published a very official-looking image which shows the Pixel 4a in all of its glory.

This photo apparently appeared on Google’s own store with it revealing a phone with a rear single camera and fingerprint scanner which sits in the middle of its case.

Along with the back being in full view, we’ve also been treated to a pretty good look at the front of the 4a. 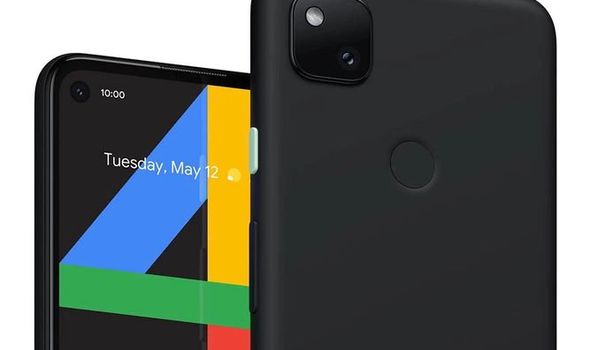 The image reveals part of the display which has gone notch-free in 2020 with the front-facing camera now being punched through the screen instead.

The only other interesting thing to note is the date that’s shown on the display as it clearly reads Tuesday, May 12. That day is correct in the 2020 calendar and this might well have been when the Pixel 4a was meant to be released before it was hit by those delays.

Although not confirmed, the Pixel 4a is widely-rumoured to have a 5.8-inch display and be powered by a Snapdragon 730 processor.

There’s also mooted to be a 12.2-megapixel rear camera, an 8-megapixel front-facing camera and a headphone port. As for pricing, sources suggest Google will stick around the same £329 sweet-spot as the Pixel 3a.

The Mountain View-based company recently discontinued the Pixel 3a. That leaves those who want to buy a Pixel-branded handset, but don’t fancy coughing up the £669 RRP for the Pixel 4 (although that price does drop in seasonal offers), without an option right now.

In a statement, a spokesperson for Google told The Verge, “Google Store has sold through its inventory and completed sales of Pixel 3a. For people who are still interested in buying Pixel 3a, the product is available from some partners while supplies last.”

Hopefully, fans won’t have to wait too long before they get to see the Pixel 4a for real although Google continues to stay tight-lipped about a launch.

Related posts:
Atlanta Wendy's where Rayshard Brooks was killed gets demolished: report
'I've been hunted by snakes and stalked by a jaguar – danger is addictive'
Popular News
Here's who would get a $1,400 Covid check under Joe Biden's stimulus package
17/01/2021
Man Utd wonderkid Ramon Calliste, called ‘the next Giggs’, now owns luxury watch business and makes £5m a year – The Sun
26/03/2020
Megan Thee Stallion Addresses Criticism Over Twerking: ‘I Love to Shake My A**’
26/03/2020
Police guard shops to stop coronavirus panic-buyers and enforce social distancing – The Sun
26/03/2020
Coronavirus: Good Morning Britain’s Dr Hilary reveals ‘game-changing’ self-testing kit
26/03/2020
Recent Posts
This website uses cookies to improve your user experience and to provide you with advertisements that are relevant to your interests. By continuing to browse the site you are agreeing to our use of cookies.Ok