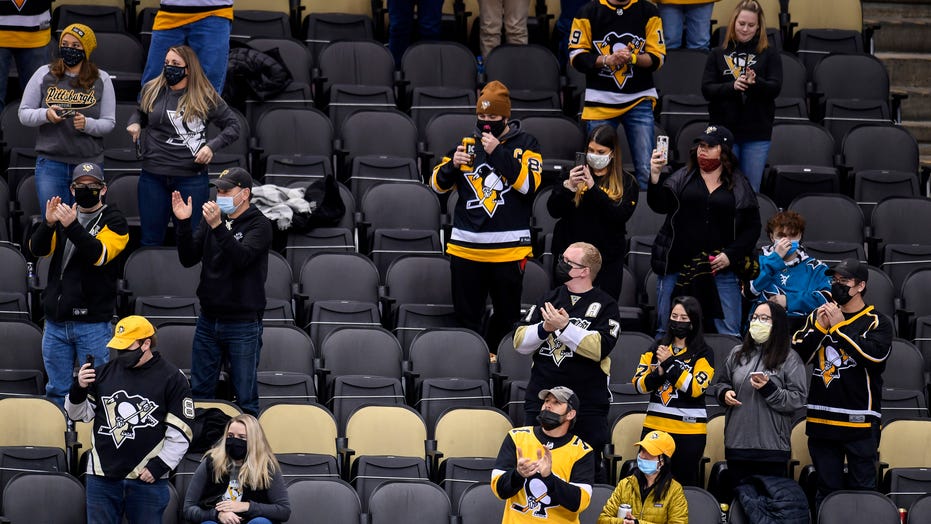 The Pittsburgh Penguins came under fire this week after posting a photo on social media that photoshopped masks onto fans in the crowd.

The initial post shared to Twitter on Wednesday showed a dozen fans in the stands wearing mask.

“We just had to say this again… Thanks for the continued support, Penguins fans. We can’t wait to see you tomorrow night,” the tweet read.

But the original Getty photo showed an unmasked woman in the top right corner who had been cropped out while two other fans whose mask were not covering their noses were photoshopped to properly cover their faces. 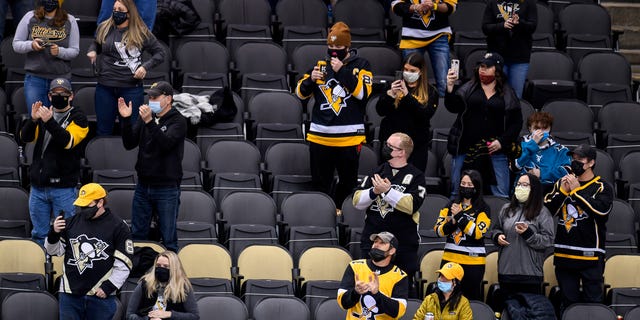 PITTSBURGH, PA – MARCH 02: Social distant fans cheer during the first period in the NHL game between the Pittsburgh Penguins and the Philadelphia Flyers on March 2, 2021, at PPG Paints Arena in Pittsburgh, PA. (Photo by Jeanine Leech/Icon Sportswire via Getty Images)

Twitter users were quick to notice the deception and slammed the Penguins social media team.

A spokesperson for the team issued a statement in response to the backlash saying the department “should never send out altered photos to our fan base.”

“We are excited to have our fans back to PPG Paints Arena, and following the advice of medical professionals, we are taking all precautions to enforce the use of masks to keep our fans safe. We have adopted a zero-tolerance policy, and our arena staff have roving teams to enforce during home games,” the statement, obtained by the New York Post, read.

“While perhaps well intended, our staffer should not have altered a wide crowd photo to adjust masks on faces of even a few fans who were not strictly following the rules. Our social media team should never send out altered photos to our fan base. This is a violation of our social media and safety policy, and this staffer has been disciplined.”

Fans were allowed back inside the PPG Paints Arena this week after Pittsburgh Governor Tom Wolf raised capacity at indoor venues to 15%, allowing for 2,800 fans. The tickets for Pittsburgh’s home games will be offered on a priority basis to season ticket holders only.