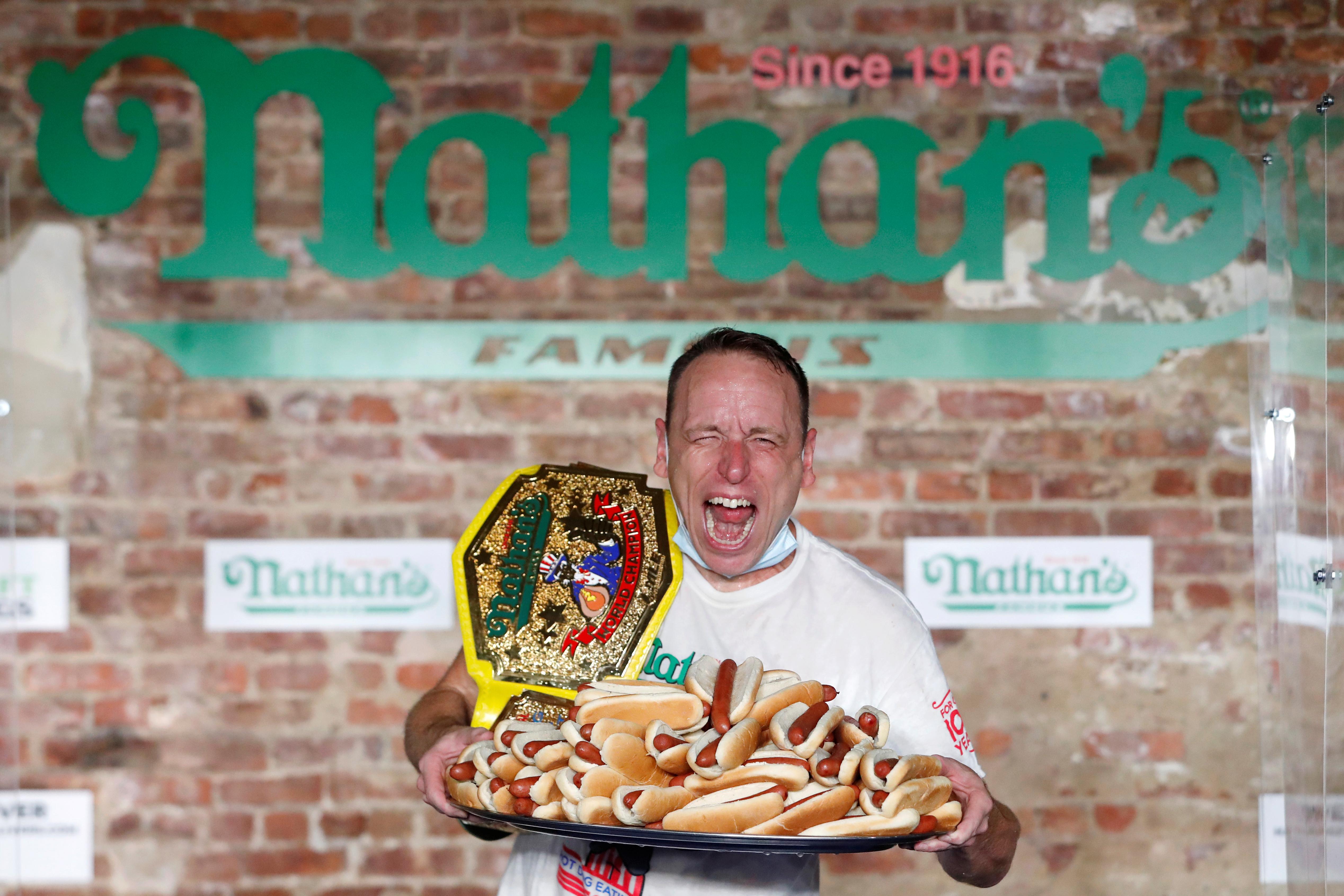 NEW YORK (Reuters) – A global pandemic could not stop Coney Island’s venerable Fourth of July hot-dog eating competition from going ahead on Saturday, or its reigning men’s and women’s champions from setting new records in their respective divisions.

In fact, men’s winner Joey Chestnut said, moving the Nathan’s Famous event to a climate-controlled indoor setting to keep the coronavirus from spreading among hundreds of spectators who would normally pack the often-sweltering boardwalk gave him edge he needed.

“This is a crazy year and I’m happy to get a record,” the 220-pound (100 kg) Chestnut told ESPN after the 10-minute eating frenzy at the Nathan’s Famous hot dog mecca.

The 36-year-old competitive eater from San Jose, California, came back from a slow start and rallied to down his record-setting 75th hot dog and bun at the buzzer.

The 13-time “Mustard Belt” winner, whose intake included the 1,000th competitive dog of his career, topped his previous best 74 and left his four competitors far behind.

As a safety measure, Nathan’s Famous moved the annual Independence Day tradition inside under controlled conditions that included social distancing, masks for non-eaters and plastic partitions between contestants.

In the women’s division, returning champion Miki Sudo topped a field of five by devouring a record 48.5 Nathan’s Famous hot dogs and buns. The 132-pounder (60 kg) from Torrington, Connecticut, easily beat her previous personal best 41 and shattered the previous women’s record of 45.

The Coney Island contest has been going on each July 4th since Nathan Handwerker opened his world renown seaside restaurant in 1916, according to Major League Eating, the stomach-centric sport’s governing body.