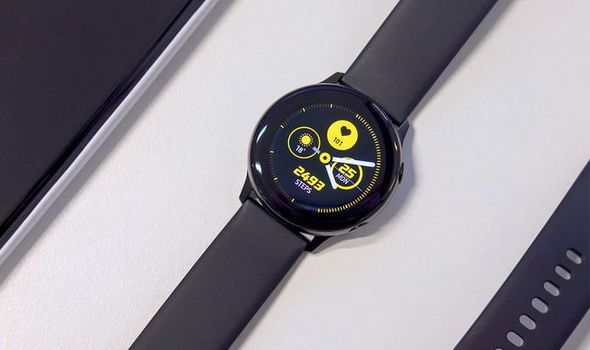 Samsung is rumoured to be only a few months away from unveiling its next-generation Galaxy Watch, but that doesn’t mean the South Korean company has taken its eye off the ball for current smartwatch owners. The Seoul-based firm has a reputation for keeping older models up-to-date with performance tweaks and – more often than not – brand-new features. In fact, we’ve often wondered whether the company is trying to put off Galaxy Watch owners from stumping up the cash for a newer model as so many shiny new tricks eventually make their way to older hardware.

With its latest software update, Samsung is focusing on the basics. The firm has started to roll out a new operating system update to the Galaxy Watch and Galaxy Watch 3, known as R80xXXU1FUD1 and R84xXXU1BUD1, respectively. The lowercase x in that software build number will vary between region and based on the model number of your wrist-worn gadget, so don’t worry if it’s not an exact match from what you see on-screen.

These updates are designed to improve Wi-Fi connectivity with these smartwatches.

According to the notes submitted alongside the new software, Samsung hopes the update will improve reliability and stability.

For those who don’t know, while the Galaxy Watch and Galaxy Watch 3 pair with your smartphone over Bluetooth when both gadgets are in close proximity, Wi-Fi is used when they’re a little outside that range. This means that, even if your Samsung Galaxy smartphone is charging on your nightstand upstairs – you will still be able to receive text messages, emails, and other important notifications on your wrist downstairs, or even out in the garden. 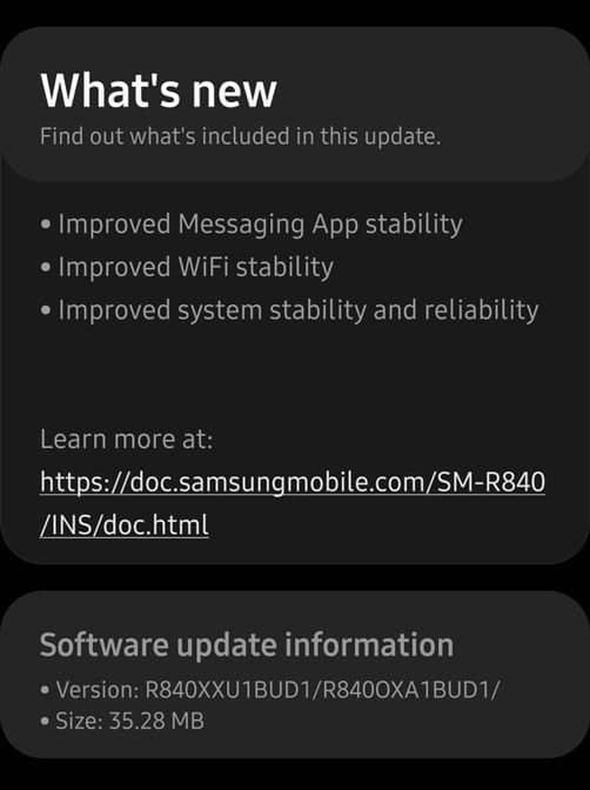 If you’ve lost Wi-Fi signal in the past and been unable to see an important call coming in – or missed a text message that needed a quick reply – this could be a crucial update.

Samsung says its new update will also improve Messaging performance. It’s unclear exactly what the issues impacting Messaging were and how this update aims to solve them.