They may have finished third on The X Factor, but One Direction went on to become one the biggest boybands in recent memory. Today marks the 10th anniversary of when Harry Styles, Niall Horan, Zayn Malik, Louis Tomlinson and Liam Payne formed their band. And now the latter has shared an incredible photo from that moment.

The 26-year-old tweeted the text message he sent his dad on July 23, 2010, when One Direction was formed.

Liam wrote: “What a journey… I had no idea what we were in for when I sent this text to my Dad ten years ago at this exact time the band was formed.

“Thanks to everyone that’s supported us over the years and thanks to the boys for sharing this with me #10YearsOfOneDirection.” 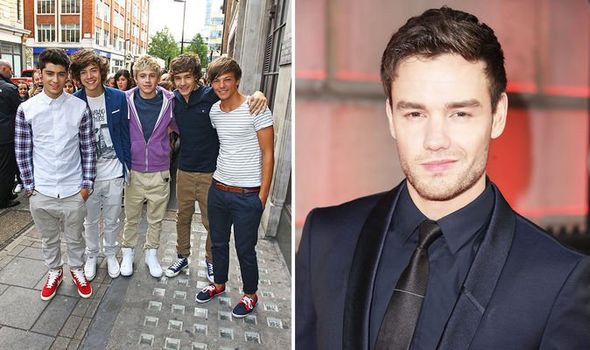 Fans have been speculating over a possible One Direction reunion.

After all, the band’s been on indefinite hiatus since 2016 and Malik left in March 2015.

Since then the boys have been focusing on their solo careers.

But then yesterday the band’s official Twitter feed posted: “Tomorrow! You and me got a whole lot of history #10YearsOf1D.”

Last year, Express.co.uk spoke exclusively with the band’s documentary This Is Us director, Morgan Spurlock, who got to know the boys quite well.

We first asked Spurlock about a One Direction reunion in 2017, when he said: “That’s never going to happen.”

But then in our late 2019 interview with the Super Size Me filmmaker, he sounded much more positive about it.

Spurlock said: “You never say never. I mean, I feel that you keep hearing about these reunions all the time.”

He continued: “I think if those guys ever decided to do it, that thing would print money.

“Like, look how much money the last Spice Girls reunion made. I mean it was unbelievable.

“But you’ve got to think, right now, Harry Styles is selling out arenas by himself.”

Spurlock added: “He’s not pitching to do [a reunion] probably for a while.”

Coral bookmakers currently have a One Direction reunion in 2020 on odds-on at 1-2.

With the band’s 10th anniversary today, who knows what could be announced?