The 6ft 3in heavyweight was supposed to take on "War" at the O2 back in March. 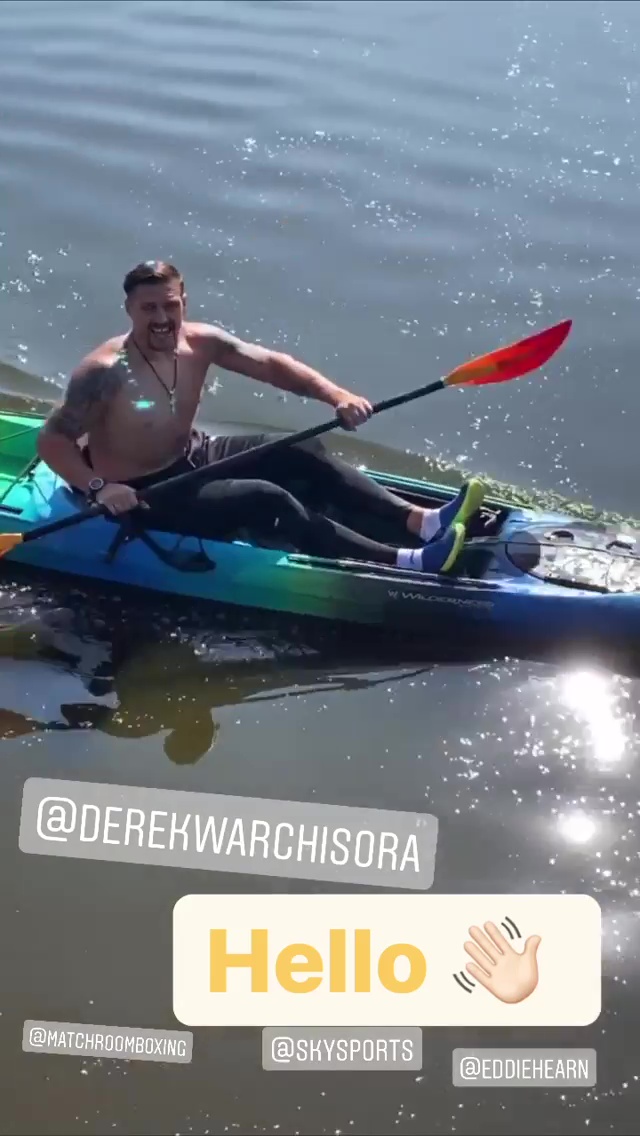 But the coronavirus pandemic swiftly KO'd those plans, with promoter Eddie Hearn now targeting an October 31 bout between the pair.

And ahead of the much-anticipated fight Usyk, 33, is aiming to get ahead in the mind games.

While riding a canoe in the late-summer sunshine, Usyk screamed "Derek", while Tina Turner's "The Best" played in the background.

The former cruiserweight champ then rowed off into the distance.

Usyk is certainly unwinding between training sessions in a very different way to Chisora, who was spotted riding an electric bike around Mayfair this week.

The October 31 meeting between WBO mandatory challenger Usyk and Chisora, 36, could be under threat from new government regulations limiting gatherings of more than six.

Hearn plans to have the pair meet at the O2 in front of a limited crowd.

And he told Sky Sports: "Derek is training really hard.

"October 31st is the date we have pencilled in for that fight, but it’s dependent on the current deal driving people through the doors and having some kind of gate or moving it internationally and having a site fee.”

Another fight up in the air is Anthony Joshua's long-awaited bout with Kubrat Pulev, with Hearn determined to get both fights on before the end of the year.