“It was an abusive dynamic. She had control over me. She did it strategically,” India alleged of the “Smallville” actress.

India Oxenberg revealed more of her allegations about the “abusive” relationship she claims to have endured with Allison Mack while they were members of NXIVM.

In a new series of interviews, India recalled being approached by the “Smallville” actress to be part of a NXIVM subdivision called DOS (Dominus Obsequious Sororium), which was a secret sorority of “masters” and “slaves.”

“Allison said she had a special program she thought could help me,” the daughter of “Dynasty” alum Catherine Oxenberg told People. “I felt singled out. I felt special.”

Soon India claims she found herself as Allison’s “slave” and was asked to provide insurance in the form of family secrets and nude photos, so India wouldn’t “share” what Allison disclosed about DOS.

“That’s how I ended up providing her with collateral,” India explained. “In reality, it was like I handed over the keys to lock myself in prison.”

India was living with Mack at the time near NXIVM’s headquarters in Albany, New York and and claims she ended up cooking, cleaning and doing whatever Allison requested.

“It was an abusive dynamic,” India told “Good Morning America.” “Just by the sheer fact that she had control over me. She did it strategically. She knew that I was in a vulnerable place in my life and I was desperate for something and she targeted me for that.”

Allison’s alleged control over India included dietary restrictions, with India only allowed to consume 500 calories or less a day.

“Before eating anything I had to ask permission — ‘Master may I please have 90 calories,'” India told the outlet.

The DOS indoctrination culminated in a secret ceremony one night where “slaves” were branded on their pelvic regions with the initials of NXIVM’s leader, Keith Raniere.

“I had two women holding my hands and my feet so I wouldn’t convulse,” India recalled to People. “I remember crying but not with pain. There was no choice to say no.”

India and the other participants, however, were unaware the crude tattoo was a representation of Raniere.

“We were told that it was a symbol of the elements and that this was gonna be a bonding experience,” India told “GMA.” “And we were sleep deprived. We were starved. We were coerced.”

“You don’t just decide to be branded. You’re coerced into being branded.”

But the true nature of the DOS program was eventually revealed, as the “slaves” were allegedly being groomed for Raniere’s sexual gratification.

“One of my first commands was to seduce Keith,” India told People. “Allison said it was to make me feel less vulnerable. And I wanted to believe her.”

“I didn’t want to see it as sexual abuse,” she continued. “I feel shame and embarrassment about what happened but I also have forgiveness for myself. Women who experience this kind of abuse do strange things in their mind to be okay with it.”

She went so far as to call the “sexual relationship” with Raniere as “rape” in an interview with Vanity Fair.

Raniere was found guilty of sex trafficking, racketeering, forced labor conspiracy and possession of child pornography in 2019. He was arrested in 2018 alongside Mack, who pleading guilty to racketeering charges and told the judge at the time, “I was lost,” according to court documents. 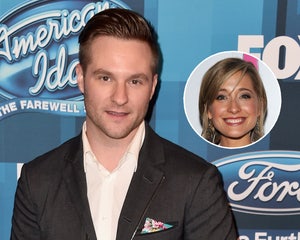 After Raniere and the high-ranking officials of NXIVM were brought in by the FBI, India says she managed to escape their clutches with the help of her mother, Catherine, who worked for years attempting to free her daughter.

“I didn’t understand that there are people out there who will try and destroy love, destroy connection, and destroy family. I will fiercely never let that happen again, and be much more watchful and mindful of people,” Catherine told Vanity Fair.

“People go, ‘Well, I’ll never be sucked into a cult.’ But quite frankly, the dynamic is very similar to a controlling, abusive relationship,” she continued. “And Keith was not only a cult leader, he was a sexual predator. You look at what R. Kelly did, you look at Epstein — the system in place that they designed in order to be able to get access to women is the same. They had enforcers; they had people who developed trust with young women. The more we bring light to this kind of predatory behavior and expose it, the safer it will be for young women.”

India said she eventually saw the light with the help of intensive therapy and a deprogrammer, but it wouldn’t have been possible without her mother’s unwavering support.

“I don’t think anybody thinks that they could lose their life, but still be here. But the reality is that my life was hijacked by this group,” she explained to People. “And the fact that I get a second chance to actually just have my life and be like a normal 29 year old — and not have everything be lost, and be one of these women that is going to spend the rest of their life either in jail or under house arrest, or with the mark of Keith Raniere — is remarkable to me that I get to have this. And that’s because of what she [Catherine] did.”

Now India is looking forward to a healthy, happy life with her fiancé.

Related posts:
Eddie Van Halen's guitar attachment design going up for auction
Almost half of Britons could be less likely to catch Covid-19
Popular News
'Dance Moms' Alum, Kendall Vertes, Tells Critics to 'Grow up' After They Discover She Supports Trump
19/10/2020
Man Utd wonderkid Ramon Calliste, called ‘the next Giggs’, now owns luxury watch business and makes £5m a year – The Sun
26/03/2020
Megan Thee Stallion Addresses Criticism Over Twerking: ‘I Love to Shake My A**’
26/03/2020
Police guard shops to stop coronavirus panic-buyers and enforce social distancing – The Sun
26/03/2020
Coronavirus: Good Morning Britain’s Dr Hilary reveals ‘game-changing’ self-testing kit
26/03/2020
Recent Posts
This website uses cookies to improve your user experience and to provide you with advertisements that are relevant to your interests. By continuing to browse the site you are agreeing to our use of cookies.Ok