The 34-year-old rider was officially crowned leading jumps jockey on Monday with 141 winners. 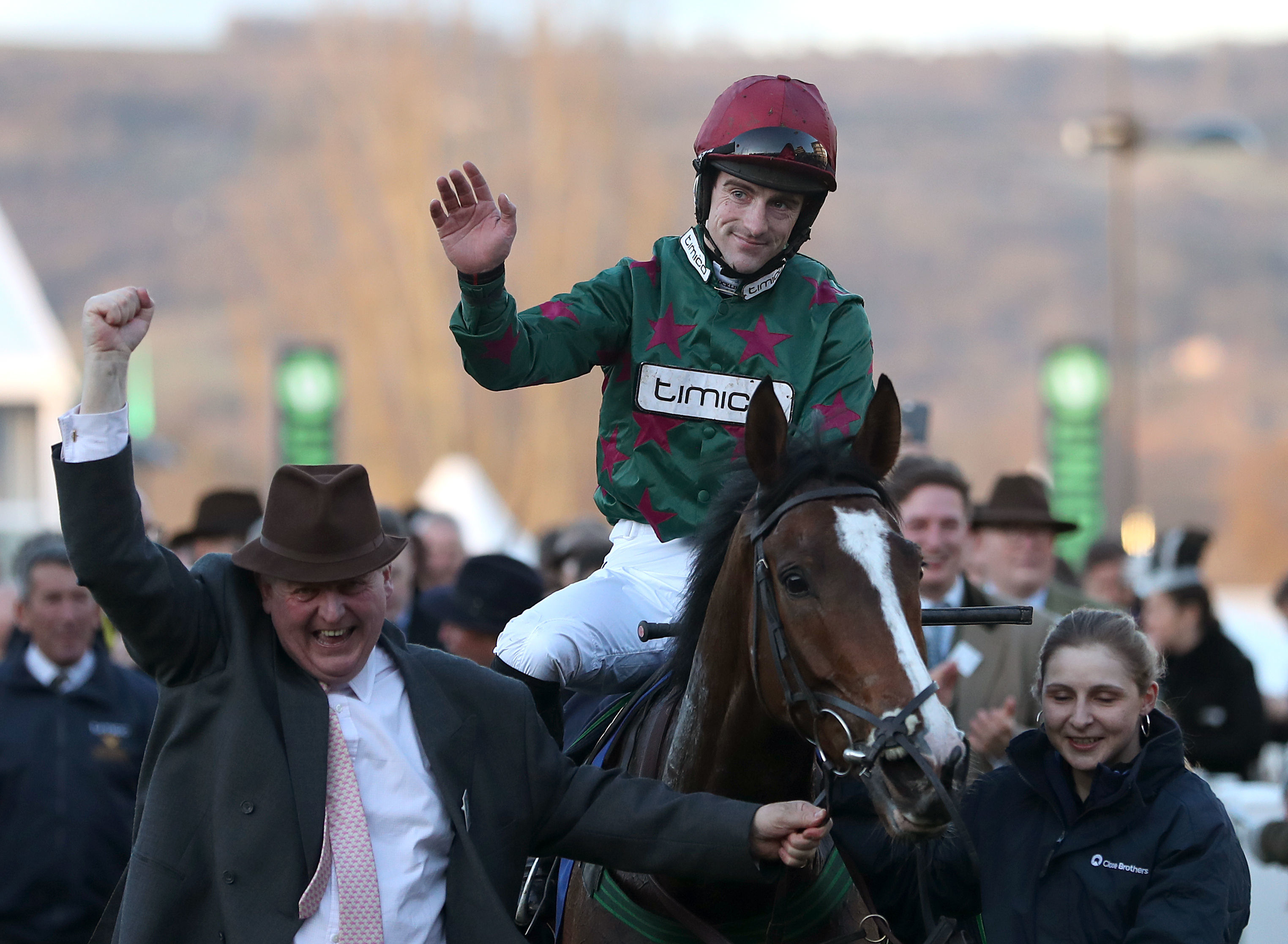 With the season cut short by the coronavirus outbreak, he broke Richard Johnson's stranglehold on the title.

And he has teamed up with some of the most powerful yards in the North to great effect this winter.

Donald McCain said: "What with him joining our yard and his others contacts in the north, there was always a chance of him becoming champion jockey. And now he's achieved the dream I couldn't be happier for him.

"I think this is a story that has slightly been overlooked. The fact is that he's thoroughly deserved it. His work ethic is second to none, but he's also a high-class jockey and a top man.

Don't miss out on all the best of Sun Racing

"Nothing has ever come easy to Brian. He's had to work hard every day of his life to get to where he is now. It's also fantastic for the north to have a champion jockey. It's magic!"

Nicky Richards also uses Hughes as his chief rider and drew comparisons to some of the greats of the saddle who had also ridden for him and his late father, Gordon.

He said: "We've been very lucky at Greystoke as we had Ron Barry and Jonjo O'Neill, who were both champion jockeys. And now we've got Brian, who has ridden a good few winners for us.

"There are definitely similarities between the three of them in that they work very, very hard and have a lot of self-belief.

"Brian always has time and advice for the lads and lasses at the yard and that shows you how much of a decent human being he is."

Ruth Jefferson has also employed Hughes' services on stable star Waiting Patiently among others, preserving a link established by her late father, Malcolm.

She said: "He's been on an upward trajectory for such a long time and it's so nice to see someone who has such burning ambition achieve their dreams.

"Brian and dad grew together as a team and that helped him progress as a jockey.

"He's achieved something most can only dream of."

Richard Johnson, who had won the title in each of the previous four seasons, led the congratulations on Twitter.