The spotted lanternfly has been seen in New Jersey, New York, Pennsylvania and Indiana.

The winged pest, also known as Lycorma delicatula, is native to China.

It was first detected in Pennsylvania in 2014 but appeared to have already been present for two to three years prior, according to the USDA National Invasive Species Information Center.

It has also been found in Delaware, Maryland, Connecticut and Virginia, according to the New York State Department of Environmental Conservation (DEC). 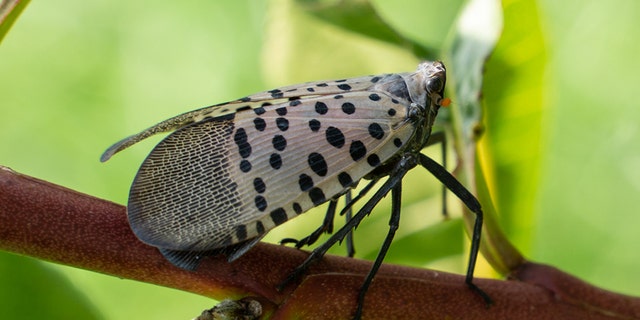 The spotted lanternfly appears as big as a butterfly but with a moth-like appearance.

The periodical cicadas in the eastern U.S. also laid their eggs in trees, so why is the spotted lanternfly “Public Enemy Number One?”

The insect feeds on agricultural crops like grapes, apples and hops as well as maple, walnut and willow trees. 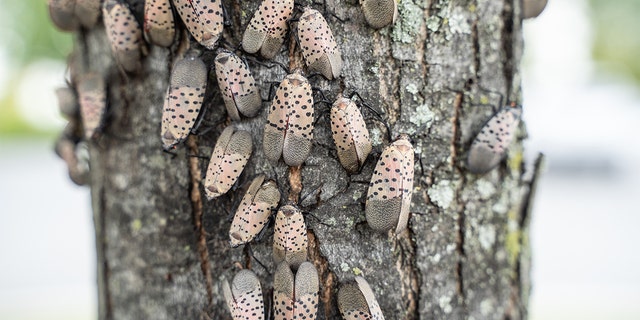 The Empire State says its presence could impact forests – making plants vulnerable to disease –  and the agricultural and tourism industries.

New York’s annual yield of apples and grapes – a combined value of $358.4 million – could be “greatly impacted” by infestations, the DEC said.

Signs of infestation include sap oozing from tree trunks; 1-inch-long, brownish-gray or brown and scaly egg masses; and honeydew build-up under plants. The lanternflies excrete honeydew, which encourages the growth of black sooty mold. 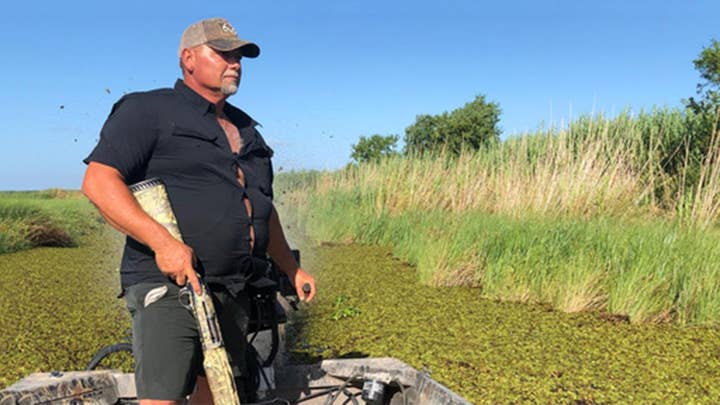 “If you see a Spotted Lanternfly, help us Stomp it Out,” New Jersey’s Department of Agriculture pleaded.

Officials also encourage all “SLF” spotters and killers to submit public reports using state websites to be able to better understand the spread of this species.