Once upon a time, Oscar-winner Nicole Kidman was just a young actor standing in front of a casting agent asking to let her star in “Notting Hill.”

But unlike that film’s happily-ever-after ending, she said she was rejected from the role that eventually went to Julia Roberts, who starred opposite Hugh Grant in the now-classic 1999 rom-com.

Kidman finally got to act alongside Grant in the twisty new HBO limited series “The Undoing,” which premiered this month. She revealed their past missed connection in a conversation the pair had with the Marie Claire outlet.

“I really wanted the role that Julia Roberts played in ‘Notting Hill,’” Kidman told a shocked Grant, who responded, “Did you?”

“Yeah, I did! But I wasn’t well-known enough and I wasn’t talented enough,” Kidman somewhat self-deprecatingly said.

“Don’t be a fool,” Grant said in return, with Kidman then expressing her pleasure that their paths “finally aligned.”

Hollywood treasures Nicole Kidman and Hugh Grant, the stars of @hbo’s 'The Undoing,' let us crash their Zoom catchup where they reminisced about dinners with Tom Cruise and Liz Hurley, Meryl Streep’s acting lessons, and, of course, Paddington. Link in bio for the full, hilarious video.

The “Big Little Lies” star, however, wasn’t exactly starving for roles at the time. She had appeared in “Practical Magic” and “Eyes Wide Shut” in the late ’90s, and major projects such as “Moulin Rouge” and “The Others” were on the horizon. She also had already won a Golden Globe for playing a small-town TV reporter in the 1995 film “To Die For.”

As for Roberts, portraying the world’s biggest movie star, Anna Scott, in “Notting Hill” who falls for Grant’s bookshop owner would become one of the most beloved performances of her career.

And, according to producer Duncan Kenworthy, she was the “one and only person we thought of” for the part.

“Whenever you’re asked about casting your film … there’s always a fiction that whomever you cast was always your first choice, but I have to say that Julia Roberts was the one and only person we thought of for the part of Anna,” he said. “I remember saying to (director Roger Mitchell), ‘Let’s offer it to Julia.’ And Roger said, ‘We’ll never get her.’ So when Julia’s agent said it was the best romantic comedy she had ever read, I thought that was a good sign.” 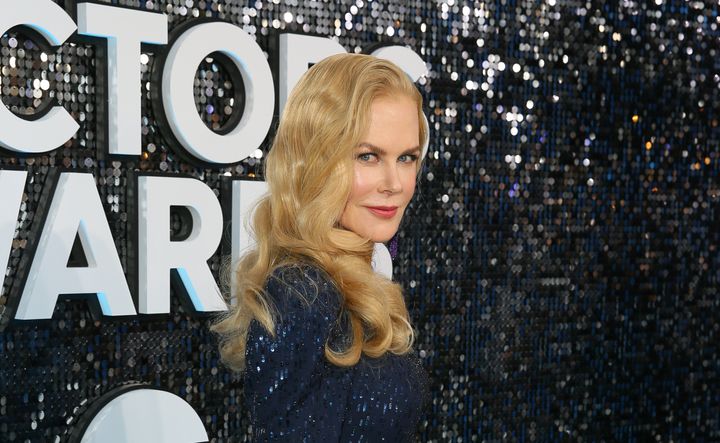 In the Marie Claire conversation with Grant, Kidman also revealed that she auditioned for another one of his classic films.

“I think there was something where I think I really wanted a role … maybe I was gonna do a small role in ‘Love, Actually’ at one point.”

As for other roles Kidman might’ve played in another universe, she turned down starring in “Wonder Woman” as Hippolyta, queen of the Amazons and mother of Princess Diana, due to scheduling conflicts with “Big Little Lies.”

Kidman would go on to win multiple Emmys awards for starring in and producing the HBO series.

Related posts:
Demi Lovato cozies up to friend Bella Thorne's ex Mod Sun after nasty split from former fiance Max Ehrich
Will Smith Once Grabbed a Police Officer’s Gun to Protect His Friend Charlie Mack
Popular News
Rays’ whirlwind win over Dodgers was baseball at its best: Sherman
25/10/2020
Man Utd wonderkid Ramon Calliste, called ‘the next Giggs’, now owns luxury watch business and makes £5m a year – The Sun
26/03/2020
Megan Thee Stallion Addresses Criticism Over Twerking: ‘I Love to Shake My A**’
26/03/2020
Police guard shops to stop coronavirus panic-buyers and enforce social distancing – The Sun
26/03/2020
Coronavirus: Good Morning Britain’s Dr Hilary reveals ‘game-changing’ self-testing kit
26/03/2020
Recent Posts
This website uses cookies to improve your user experience and to provide you with advertisements that are relevant to your interests. By continuing to browse the site you are agreeing to our use of cookies.Ok