A NUMBER of Chelsea fans have blasted N’Golo Kante after his error gifted Manchester City a goal.

The Blues were already reeling after they were hit with a quick-fire double-whammy in the Premier League clash. 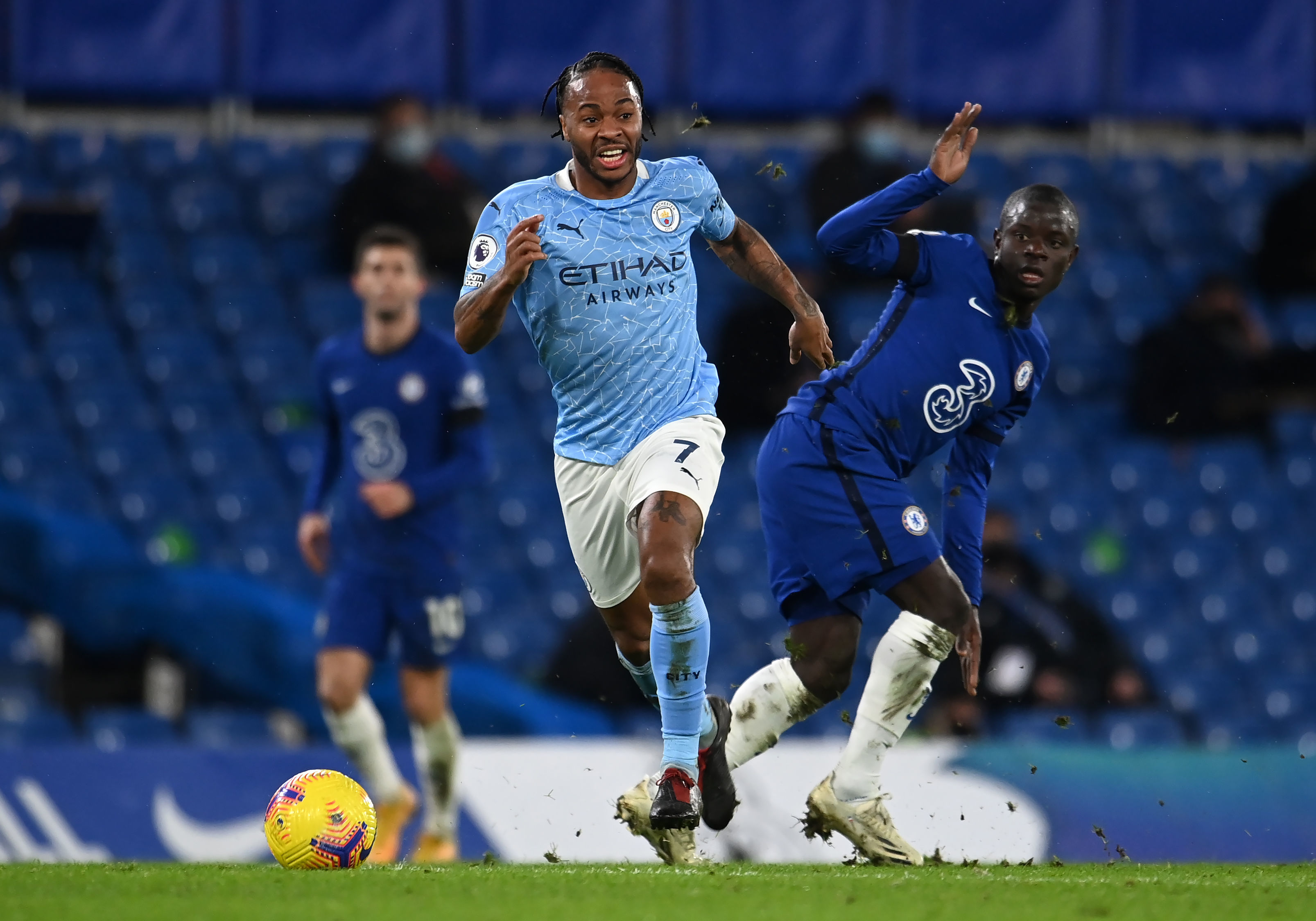 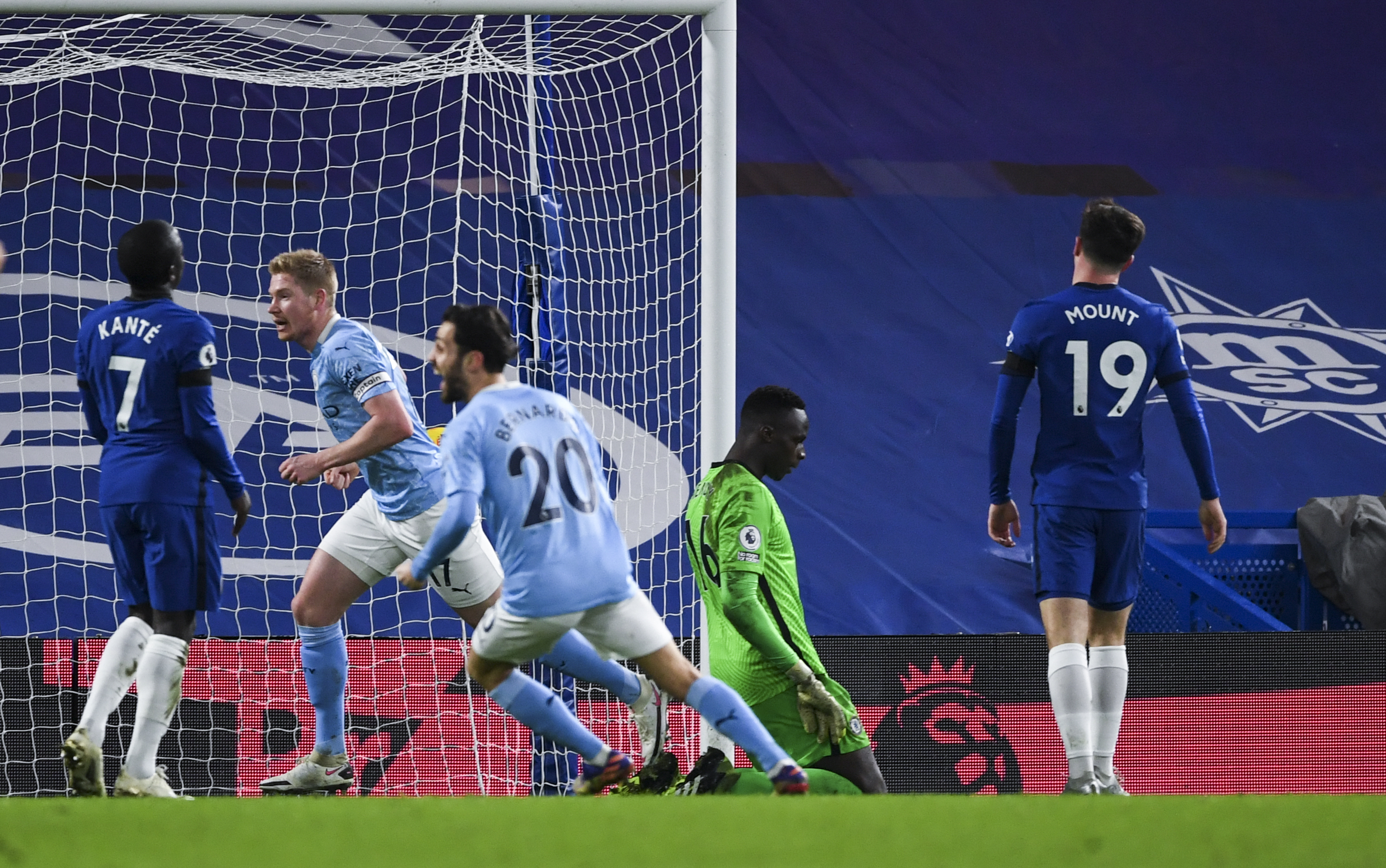 After a promising start by Frank Lampard’s men, City suddenly sprang into life.

After getting over that shock, the hosts appeared to have regained some composure as they looked to get back into the game before the break.

But they were to suffer a crippling blow after a breakaway that resulted from their own attacking set-piece.

Kante was the last man covering for his side, but he left his position to try to put the ball back into the danger zone after it was cleared.

Unfortunately for him his pass went straight to Kevin De Bruyne, and he headed away to send Raheem Sterling clear.

The City star was all alone in the centre circle, and despite the backtracking Kante’s best efforts to push him wide, he raced away and fired a strike off the woodwork, which fell perfect for De Bruyne to slot home on the rebound.

And afterwards those Chelsea fans watching on at home took to Twitter to vent their fury at Kante for his ‘schoolboy’ defending.

One wrote: “Sterling is putting Kante into an early retirement.”

Another commented: “Kante has been awful.”

A fellow viewer Tweeted: “All jokes aside how do Chelsea only have Kante as last man from a corner. That’s this goal and Martenelli’s last year that they only had to beat Kante.”

Another asked: “How many goals do we concede when Kante is left alone in midfield after a failed set piece.”

A fellow Blue said: “I love Kante but he will be having nightmares of Sterling tonight.”

While another wrote: “Kante is having a nightmare out there! But his performance will go unnoticed coz he smiles and run around all the time!”

Related posts:
Kanye West ‘Taking Space’ From Kim Kardashian In Wyoming With ‘No Plans’ On Returning To LA Soon
Zoë Kravitz Seemingly Referenced Her Divorce from Karl Glusman on Instagram
Popular News
Jasmine Sanders Hits the Beach, Plus Liev Schreiber & Matilda De Angelis, Eiza Gonzalez & More
19/01/2021
Man Utd wonderkid Ramon Calliste, called ‘the next Giggs’, now owns luxury watch business and makes £5m a year – The Sun
26/03/2020
Megan Thee Stallion Addresses Criticism Over Twerking: ‘I Love to Shake My A**’
26/03/2020
Police guard shops to stop coronavirus panic-buyers and enforce social distancing – The Sun
26/03/2020
Coronavirus: Good Morning Britain’s Dr Hilary reveals ‘game-changing’ self-testing kit
26/03/2020
Recent Posts
This website uses cookies to improve your user experience and to provide you with advertisements that are relevant to your interests. By continuing to browse the site you are agreeing to our use of cookies.Ok