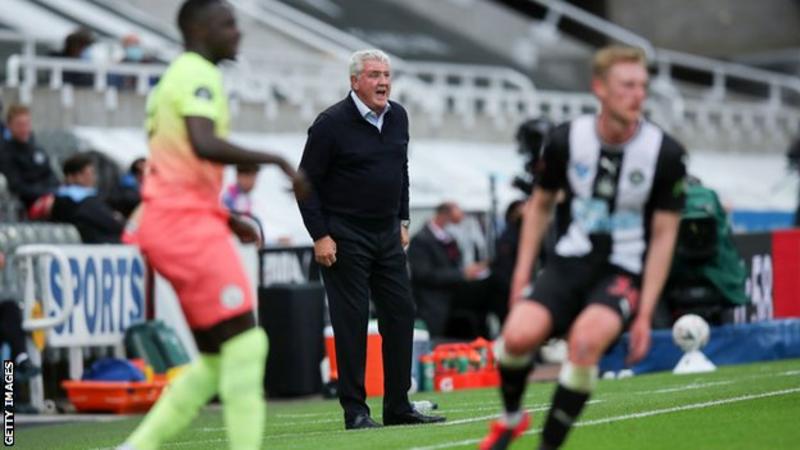 Newcastle United boss Steve Bruce has urged the Premier League to provide “clarity” about the proposed takeover of the club.

A Saudi Arabian bid, worth £300m, is awaiting approval via the Premier League’s owners’ and directors’ test.

Documents for the deal were passed to the league almost three months ago.

“For everybody, we need a bit of clarity,” Bruce said after Sunday’s FA Cup quarter-final defeat by Manchester City.

“If I’m led to believe it’s the Premier League that is holding these negotiations, then they have got to come and make a decision sooner or later because it’s not healthy for anybody.”

It is also supported by financier Amanda Staveley and property owners the Reuben brothers, with both parties each providing 10% of capital.

But it is the Saudi involvement which has complicated the bid to replace current owner Mike Ashley, who bought the club in 2007 and put it up for sale in 2017.

The Premier League’s owners’ and directors’ test assesses the background of prospective club owners, and part of that involves analysing whether there has been any alleged involvement in criminality.

Saudi Arabia has always insisted there is no link between its government and the alleged piracy by broadcaster beoutQ.

There have been questions over the Arab state’s human rights record, which Premier League chief executive Richard Masters says he will “fully consider”.

The Premier League declined to comment on Sunday night.