Major events such as the return of Coachella for the first time since the pandemic hit along with the start of the NBA playoffs are going down this week, and to make things that much sweeter, notable footwear brands have readied a captivating batch of new releases. We’re going to witness brands such as 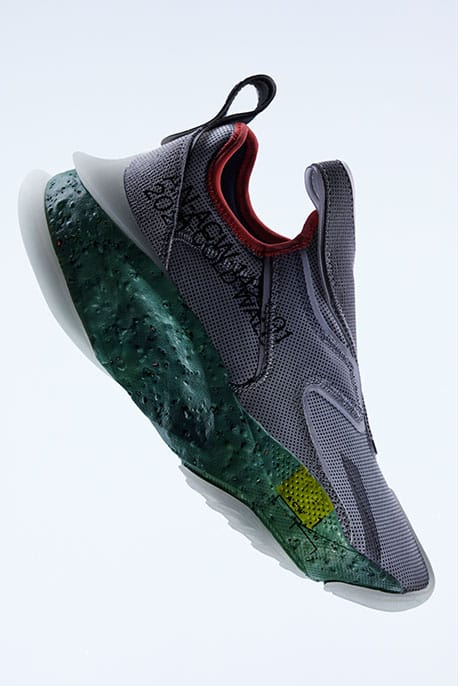 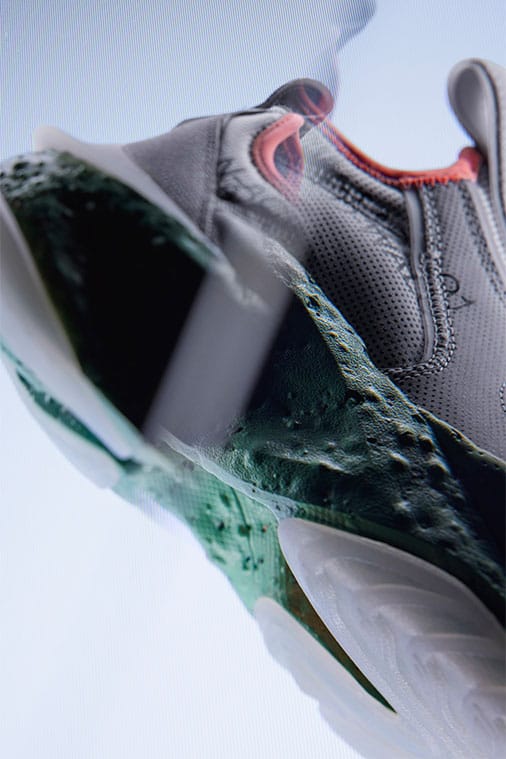 Release Date: April 12
Release Price: $160 USD
Where to Buy: SNKRS and Converse
Why You Should Cop: A-COLD-WALL* is pausing their collaborations with Dr. Martens for a brief second and linking up with Converse for an Aeon Active CX team-up. For this initiative, Samuel Ross and his team fashion the kicks with breathable mesh uppers in a “Micro Chip” hue and coat the bulbous midsole piece with a “Healing Jade” tone. A-COLD-WALL* branding comes printed in black font on the lateral walls. 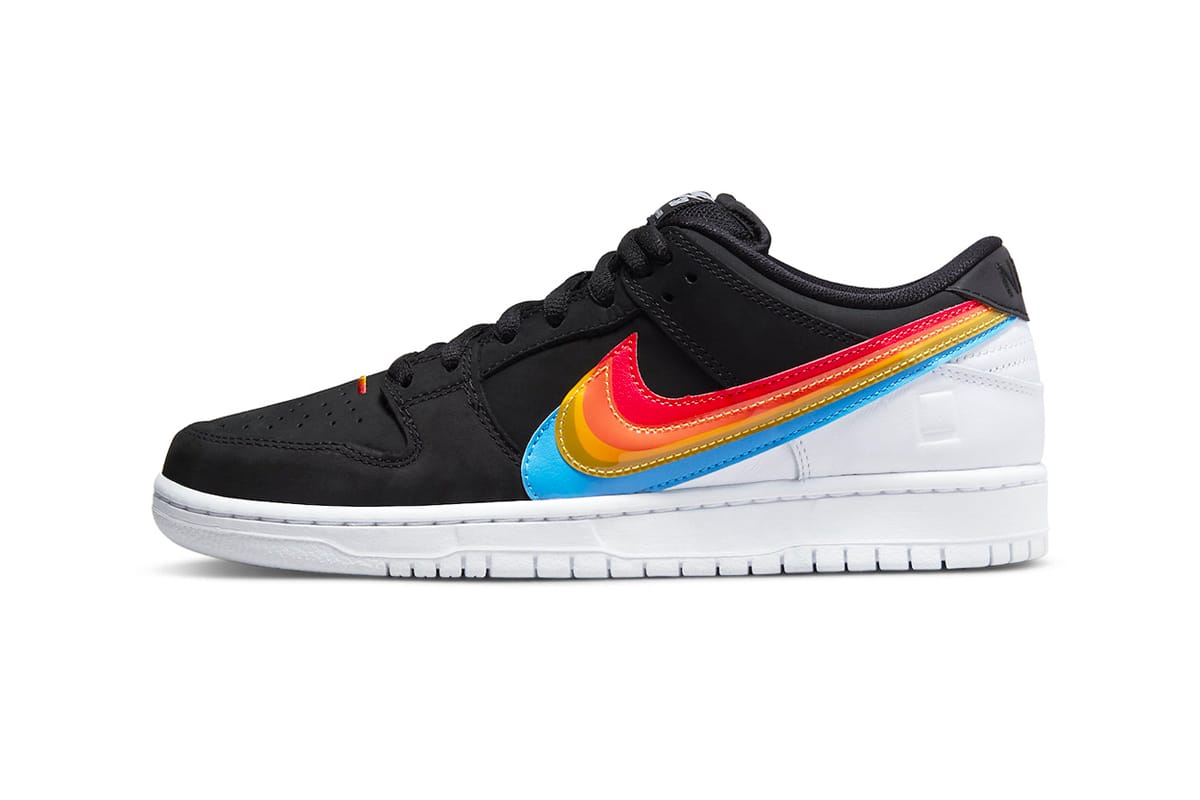 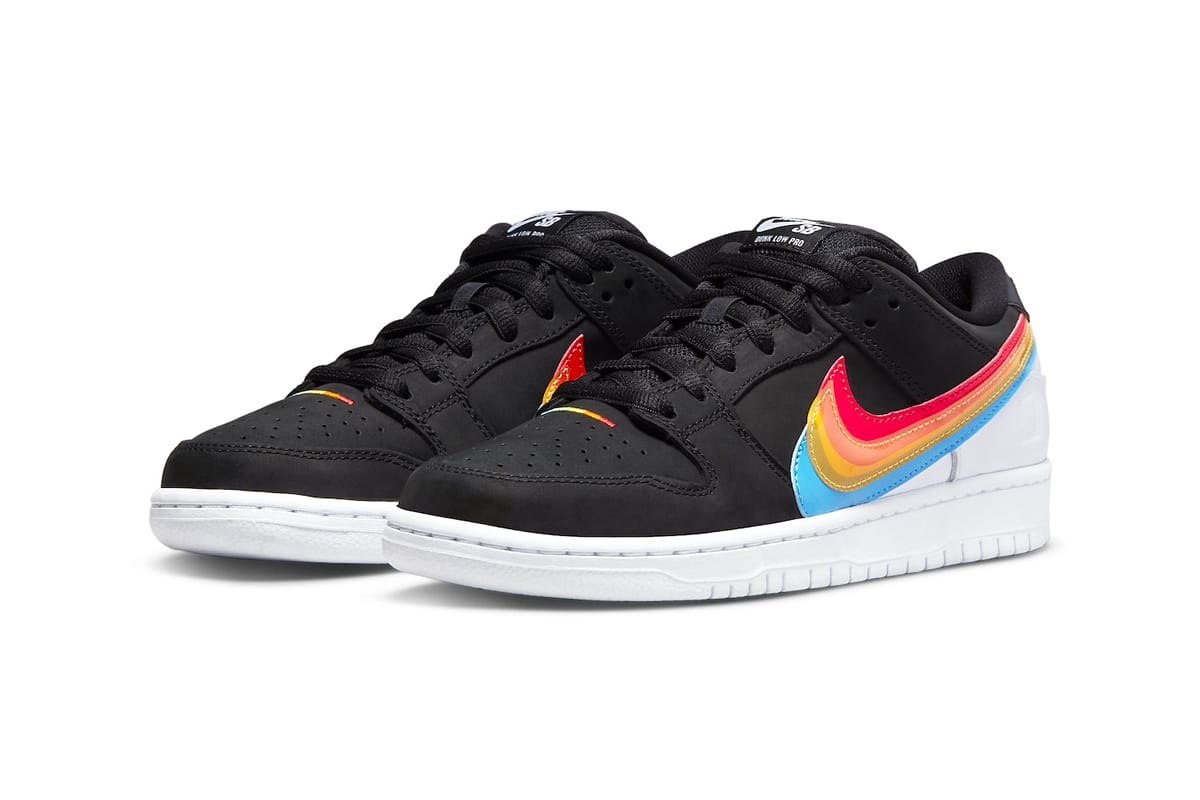 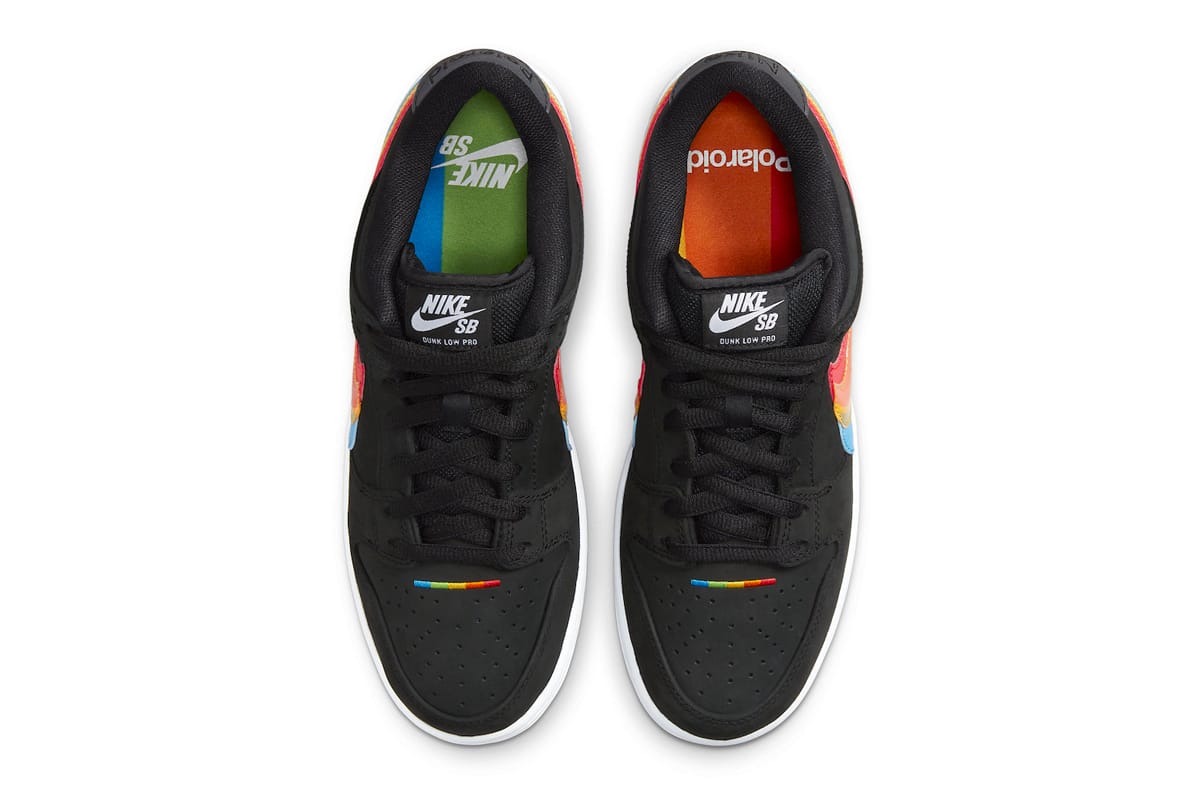 Release Date: April 12
Release Price: $120 USD
Where to Buy: SNKRS
Why You Should Cop: Nike SB will often tap obscure partners to come in and remix its various silhouettes if the story can be told the right way. And this season, the Swoosh’s skate label has aligned with the memory makers of Polaroid to reimagine the classic SB Dunk Low. The camera imprint’s signature multi-colored logo is translated through the stacked Swooshes on the side walls and insoles while the base is primarily covered in black. 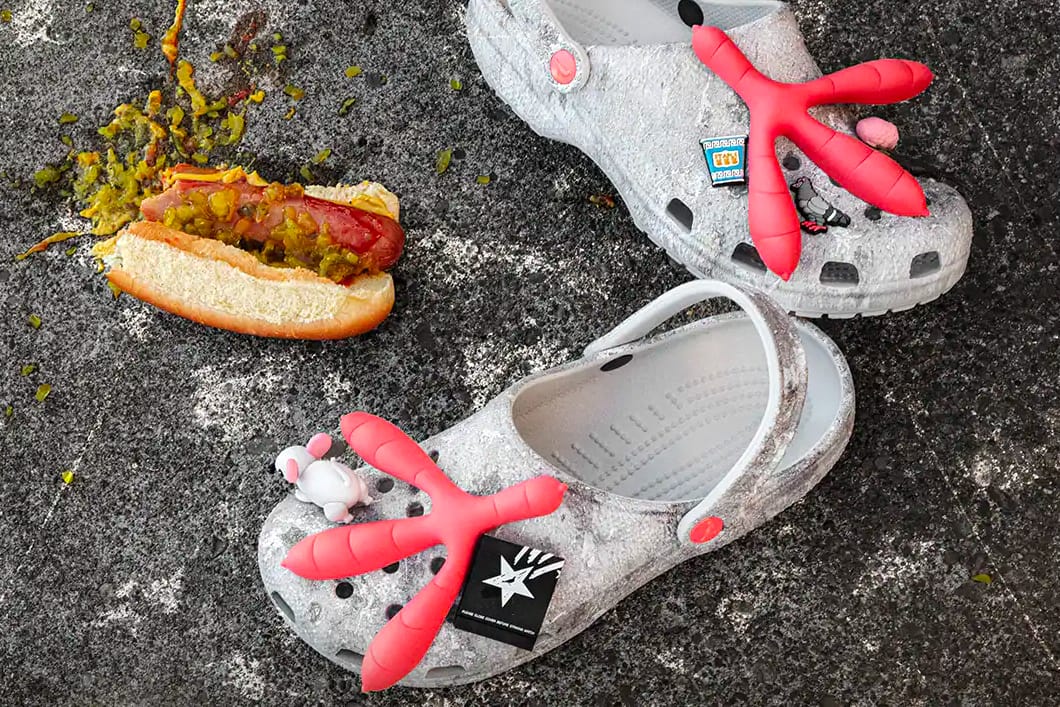 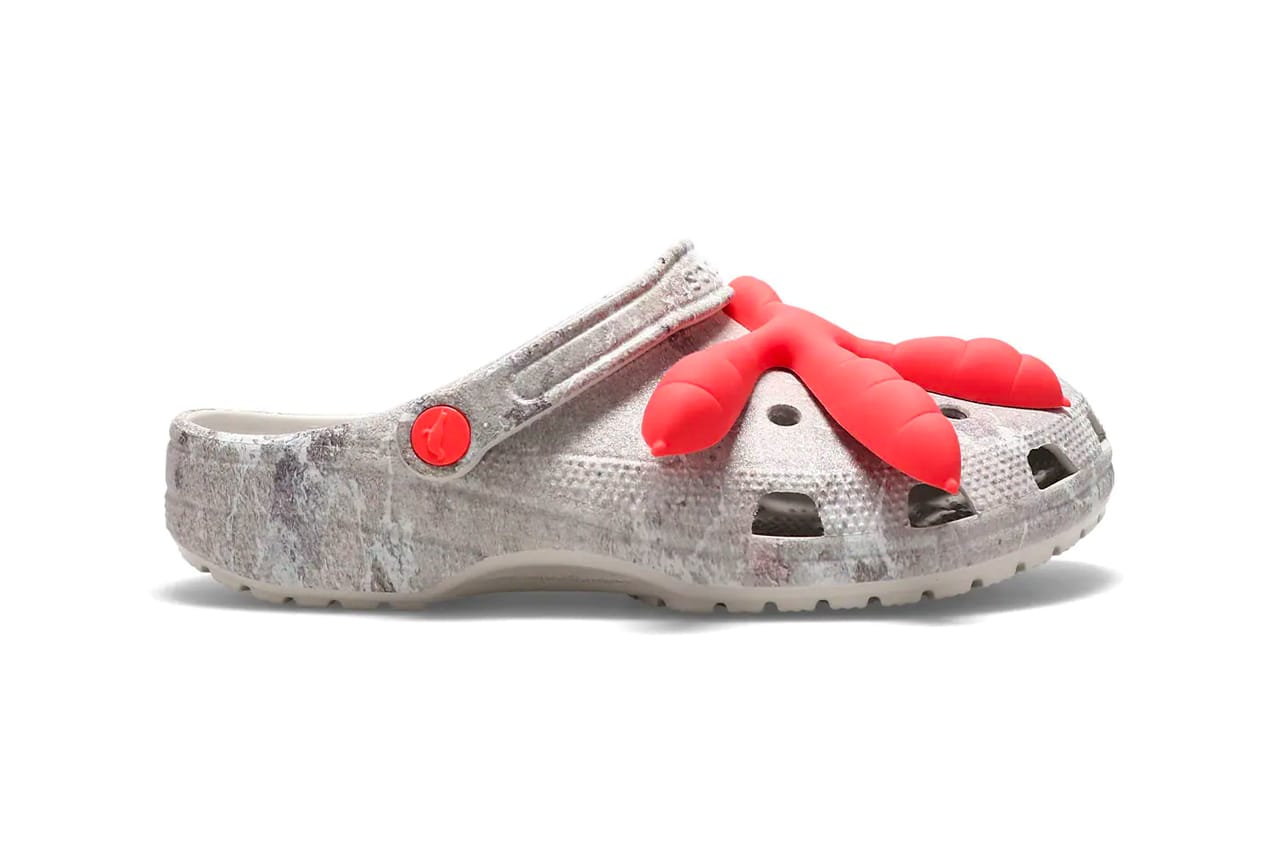 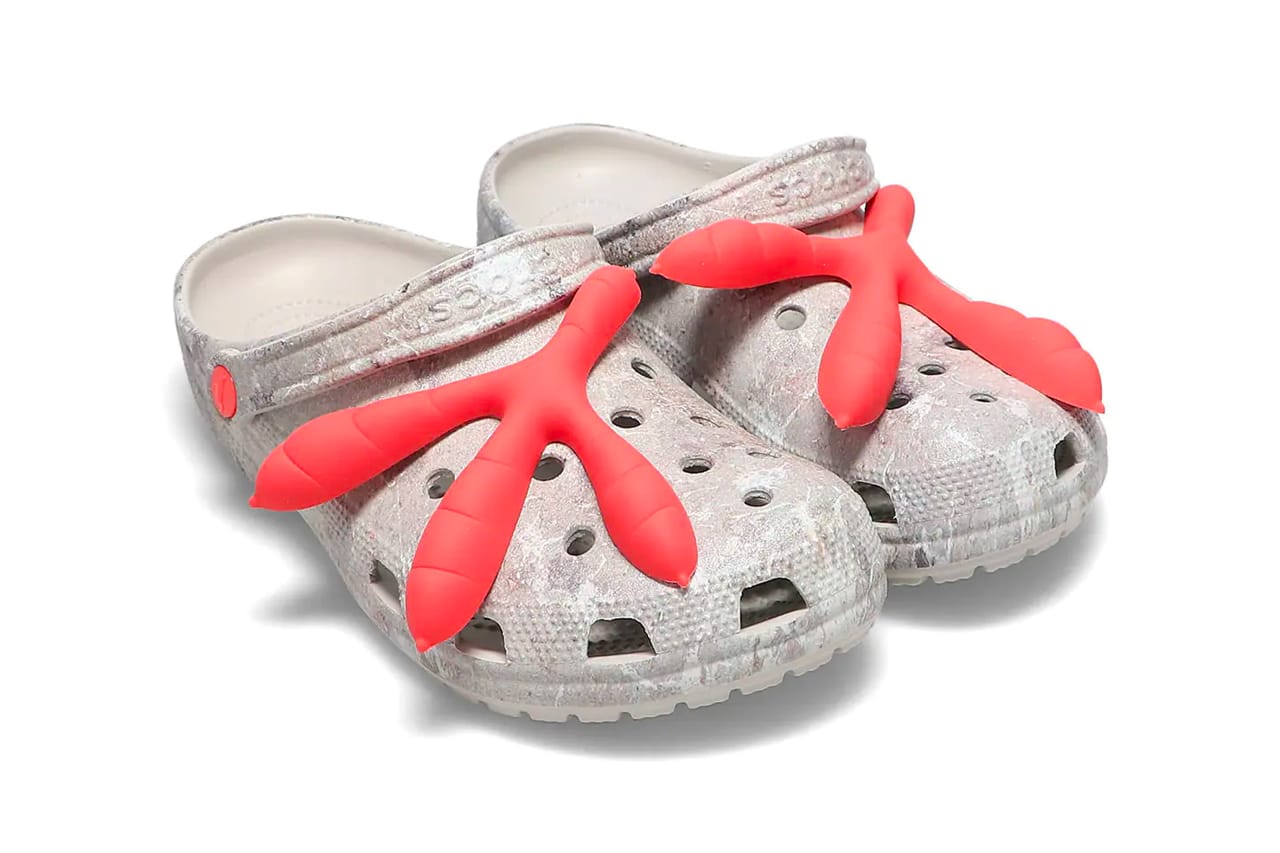 Release Date: April 13
Release Price: $79 USD
Where to Buy: atmos
Why You Should Cop: Oddly enough, Crocs has the global pandemic to thank for its new peak. Since clogs, mules and every in between suddenly became hot commodities over quarantine, the brand capitalized on this notion and garnered more attention through its collaborations. Next up on the Colorado-based imprint’s agenda is a team-up with Staple on a Classic Clog that resembles the concrete jungle that is New York City. Custom Jibbitz include pigeon feet, a mouse, chewing gum, a cockroach, Staple-branded noodles, a sewer alligator and a packet of faux matches. 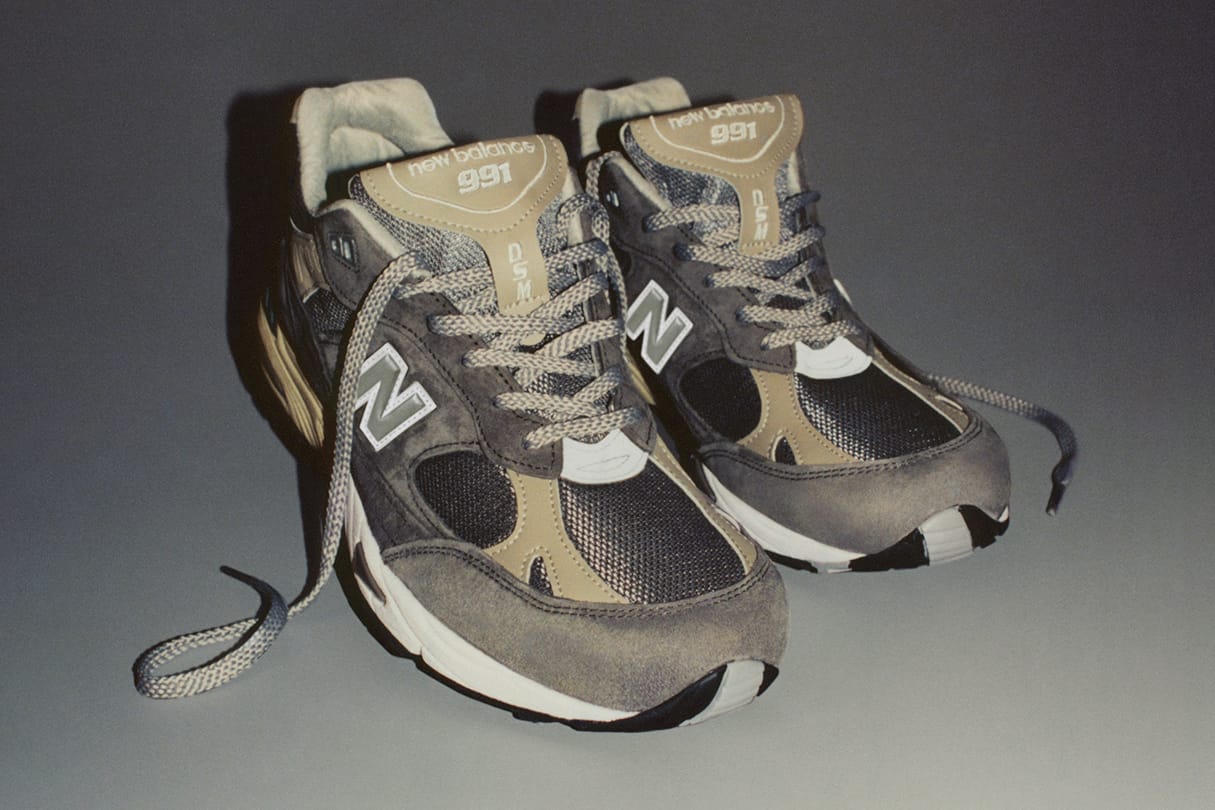 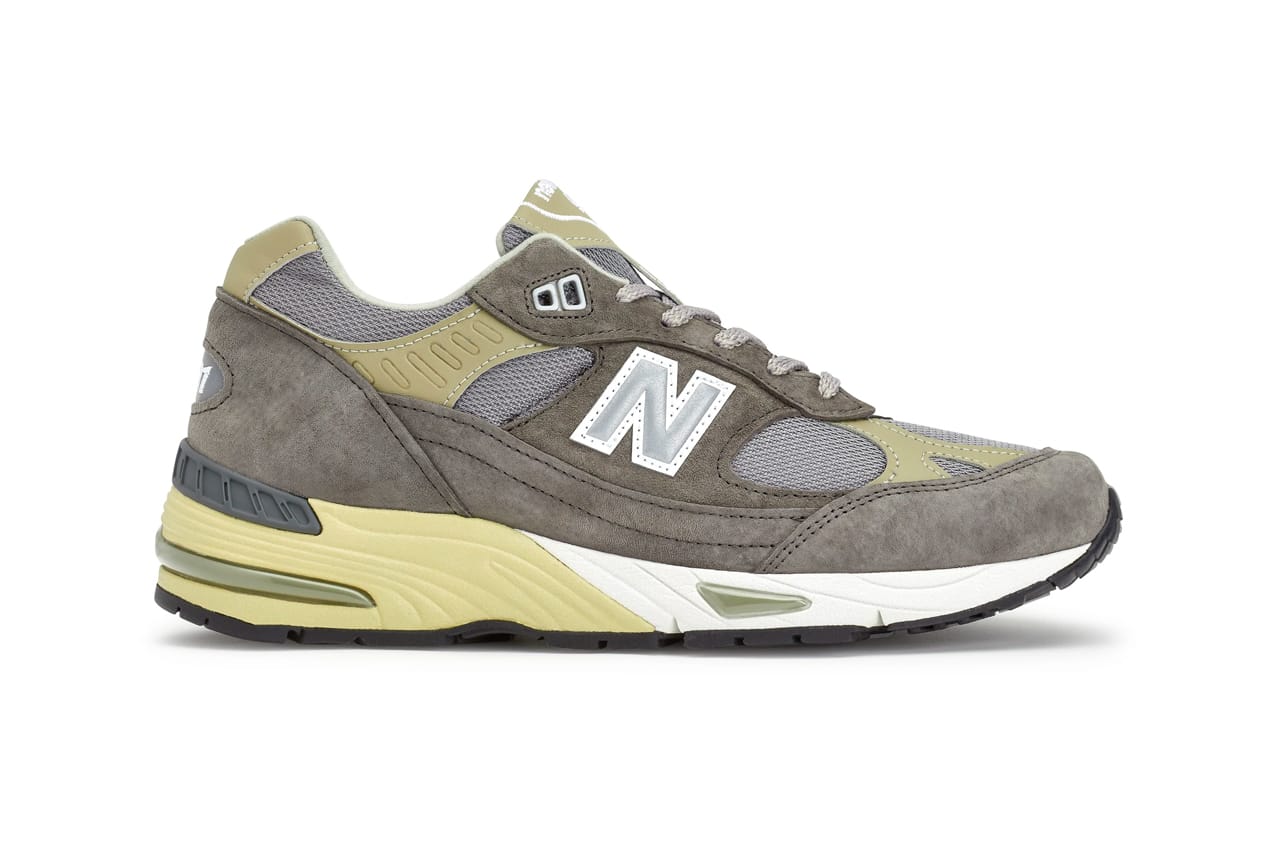 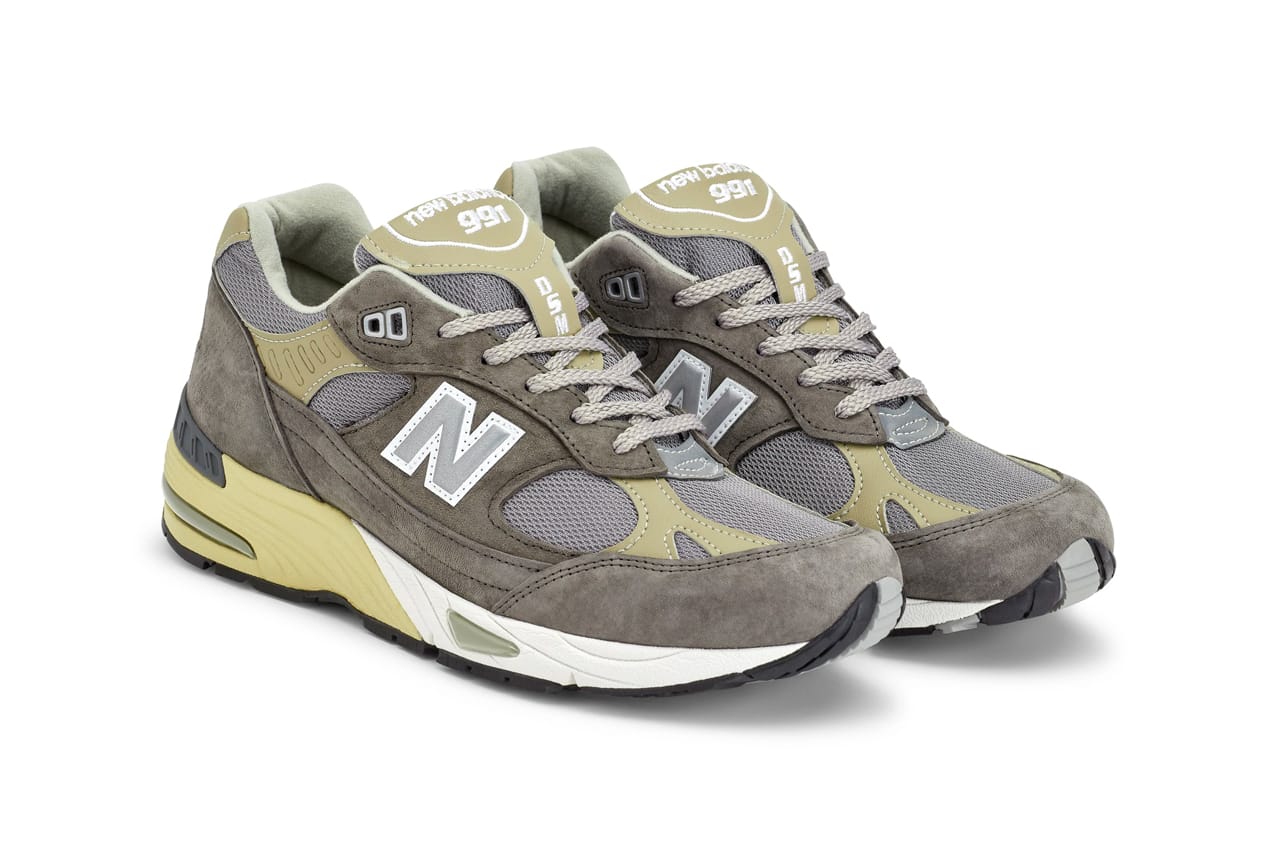 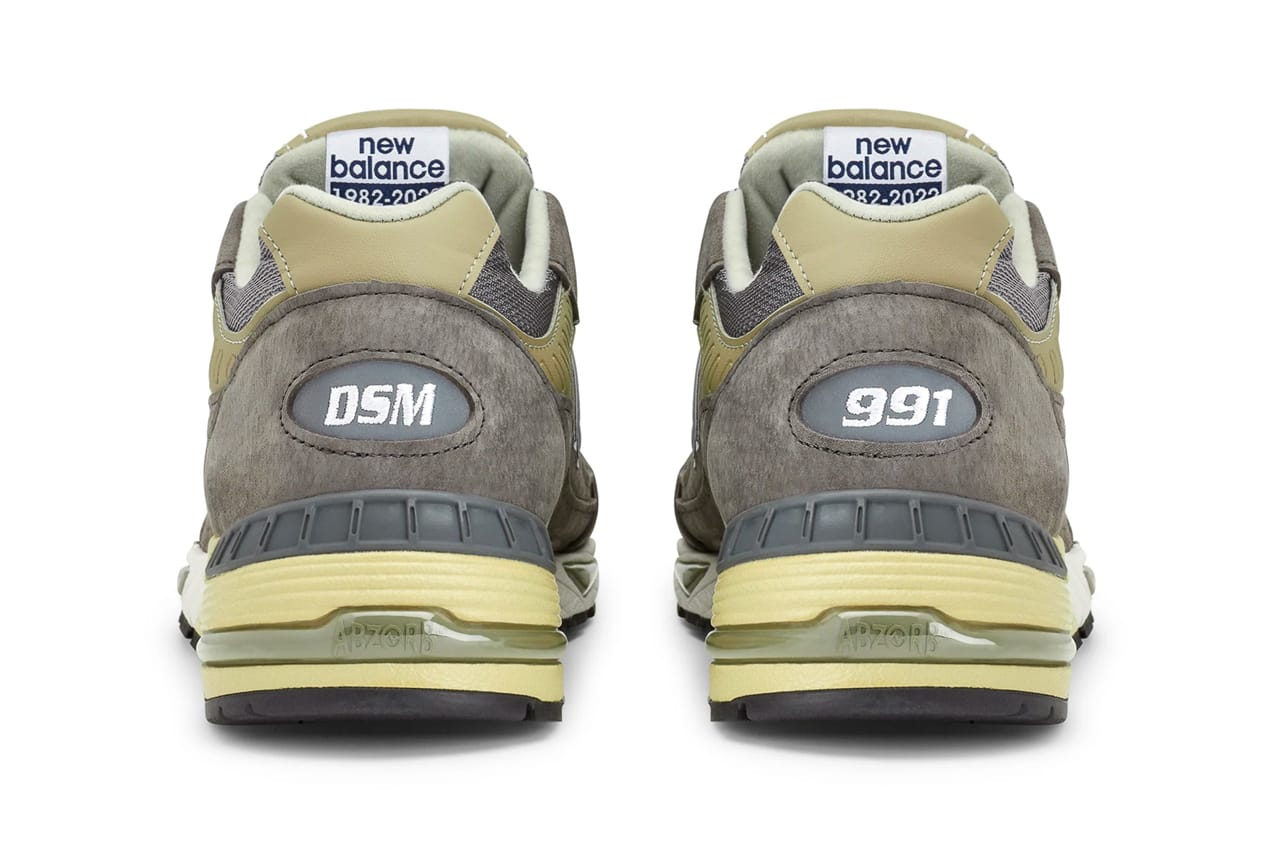 Release Date: April 14
Release Price: $273 USD
Where to Buy: Dover Street Market
Why You Should Cop: Dover Street Market will often participate in various footwear projects every year, and the latest to be unveiled is its newest New Balance Made in UK 991. The shoe is mostly fashioned with neutral tones, grey being the most dominant across the premium nubuck while touches of cream disperse to the tongues, collars, toe boxes and midsoles. “DSM” branding arrives on the left heels as well as the throat overlays. 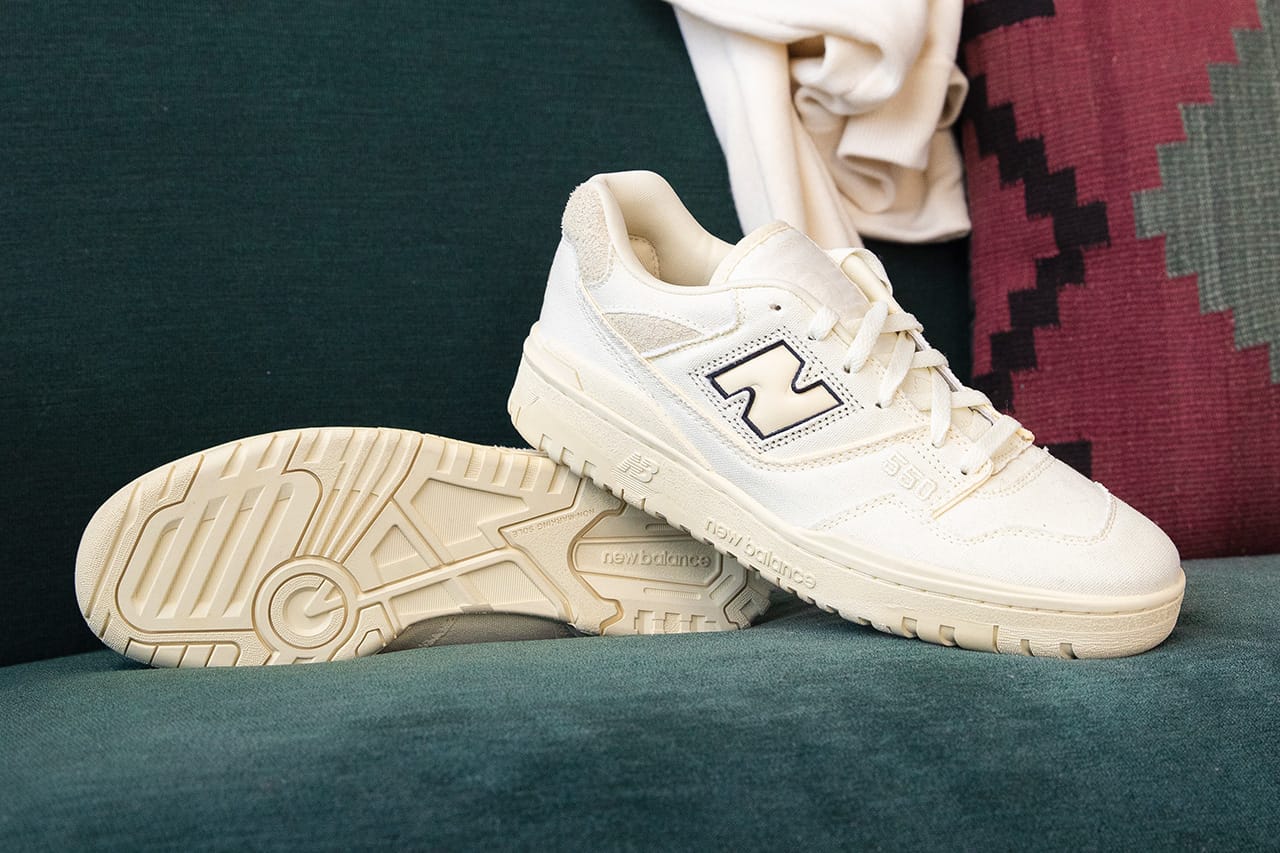 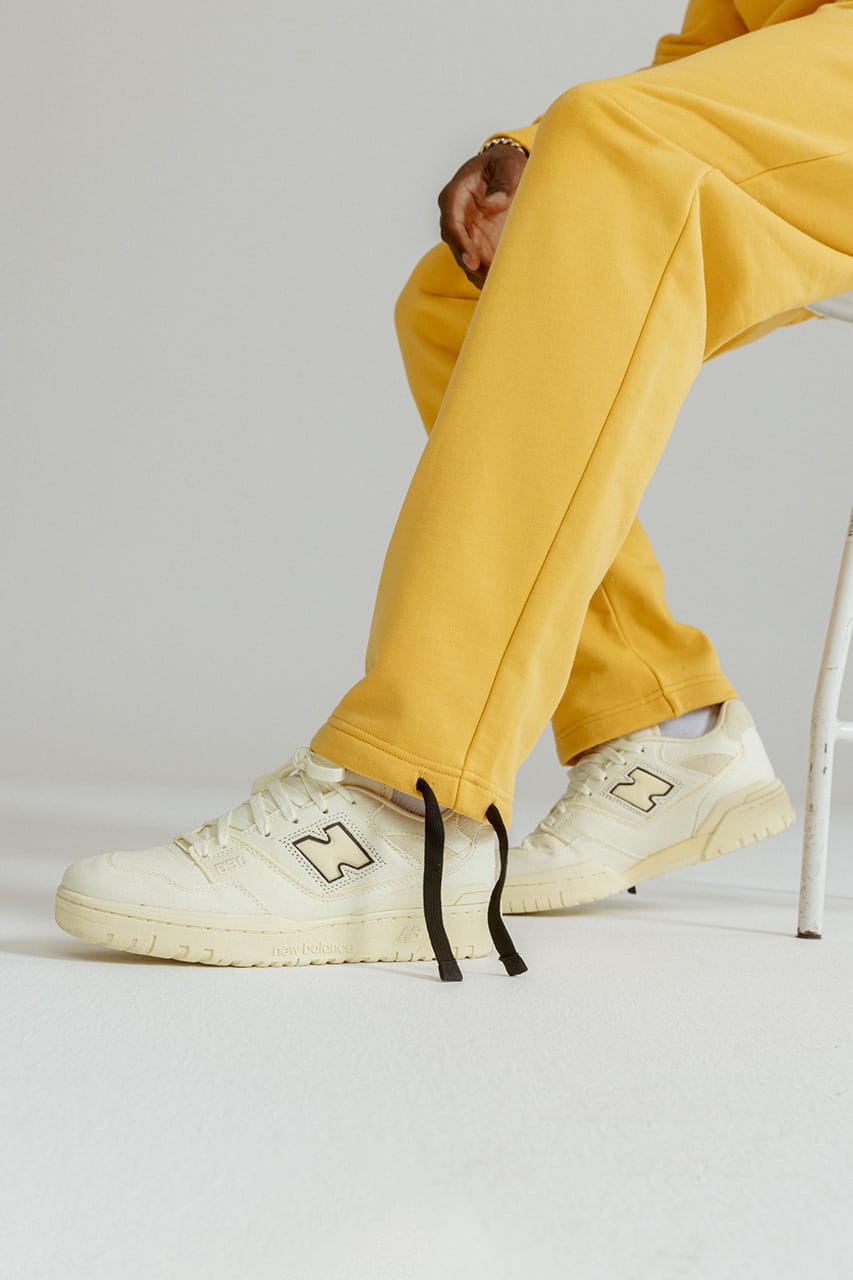 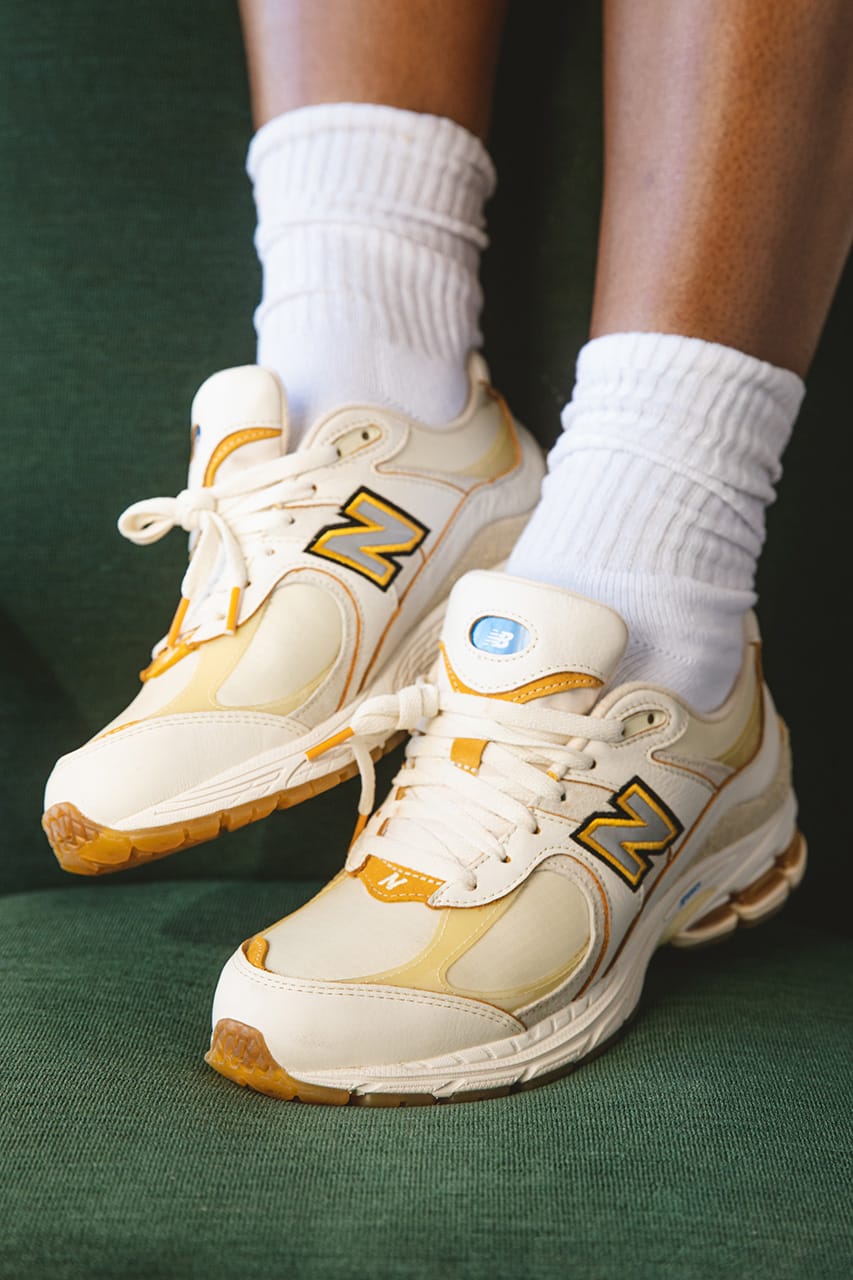 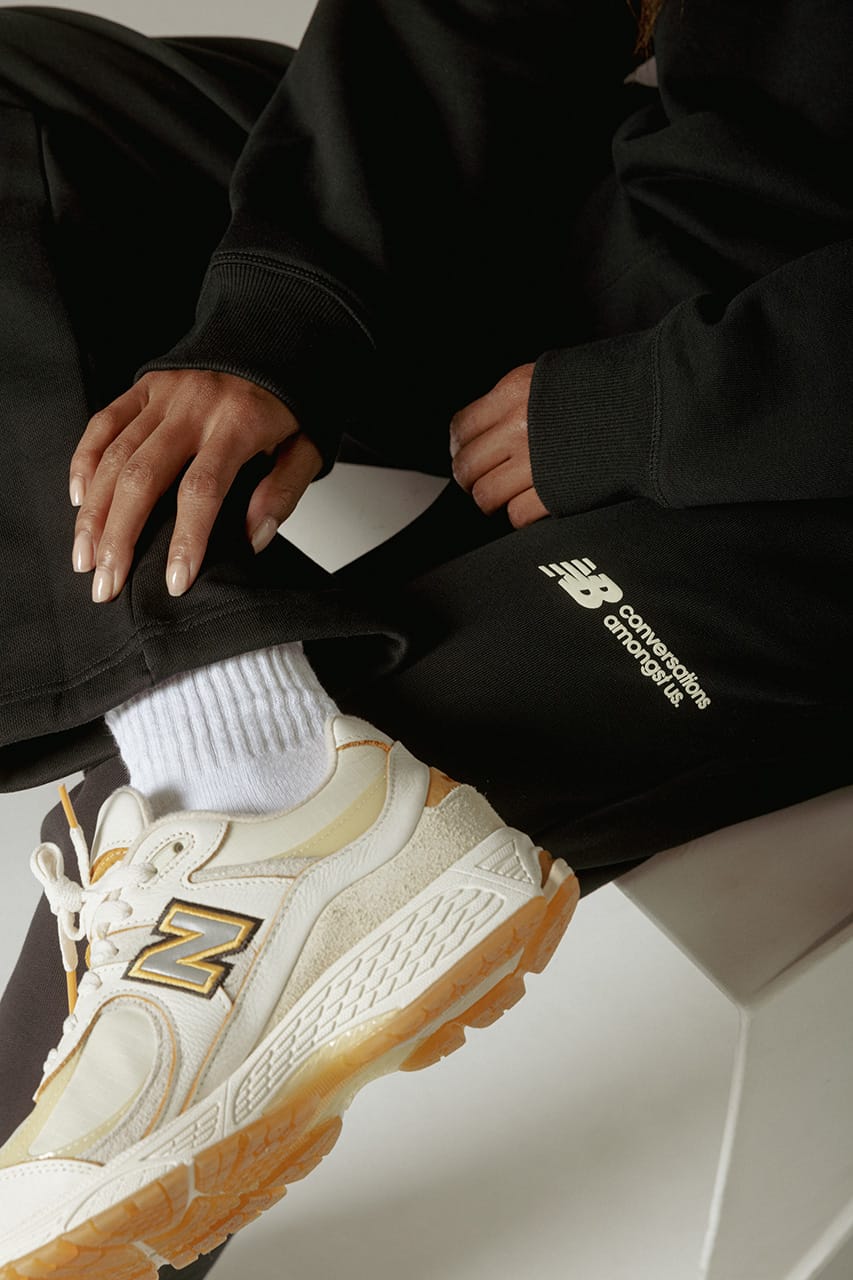 Release Date: April 15
Release Price: $120-$150 USD
Where to Buy: New Balance
Why You Should Cop: Joe Freshgoods is expanding his work portfolio with New Balance as he helmed the creative direction of its newest “Conversations Amongst Us” collection. By partnering up with Black designers on the New Balance team, he’s fashioned new styles of the 2002R and the popular 550, both of which are brought to fruition with creamy uppers and pale yellow accents to achieve a vintage aesthetic. 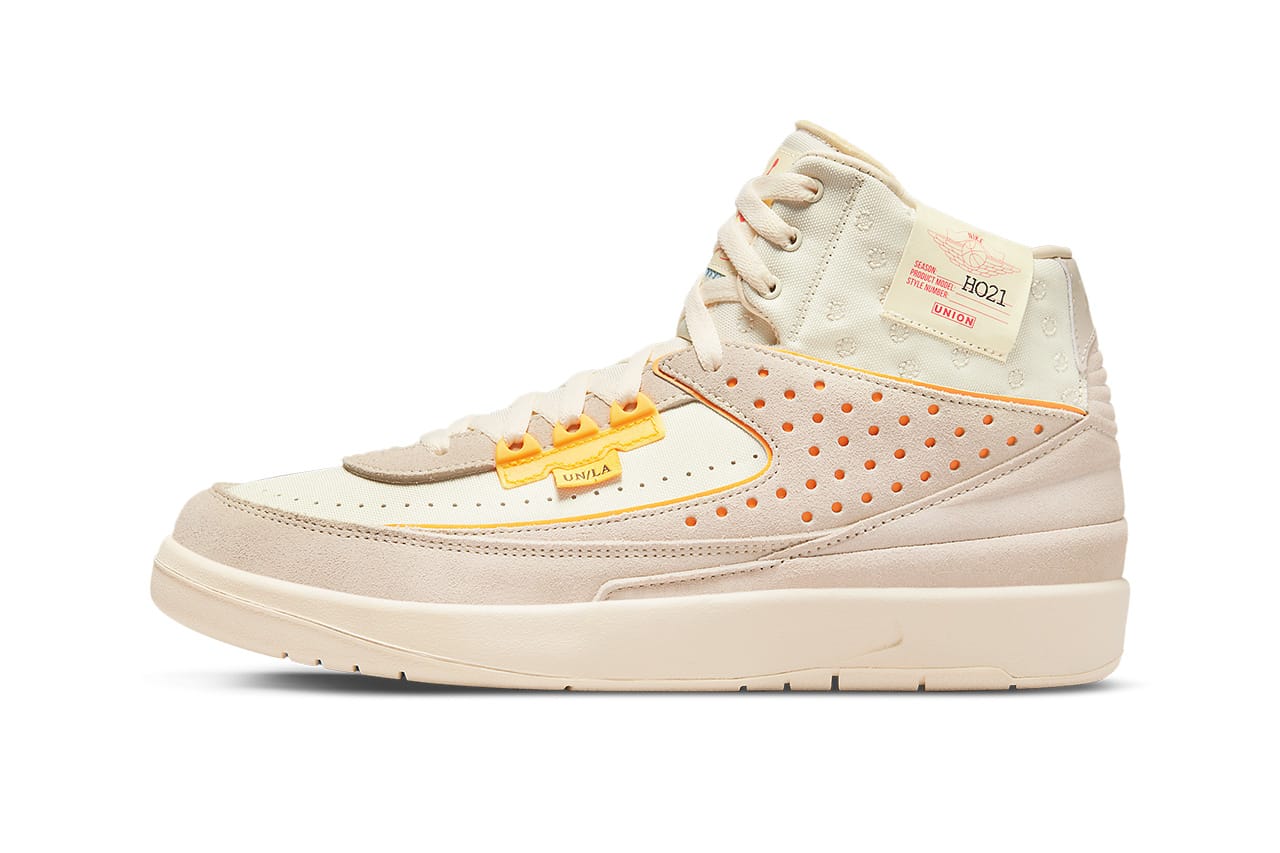 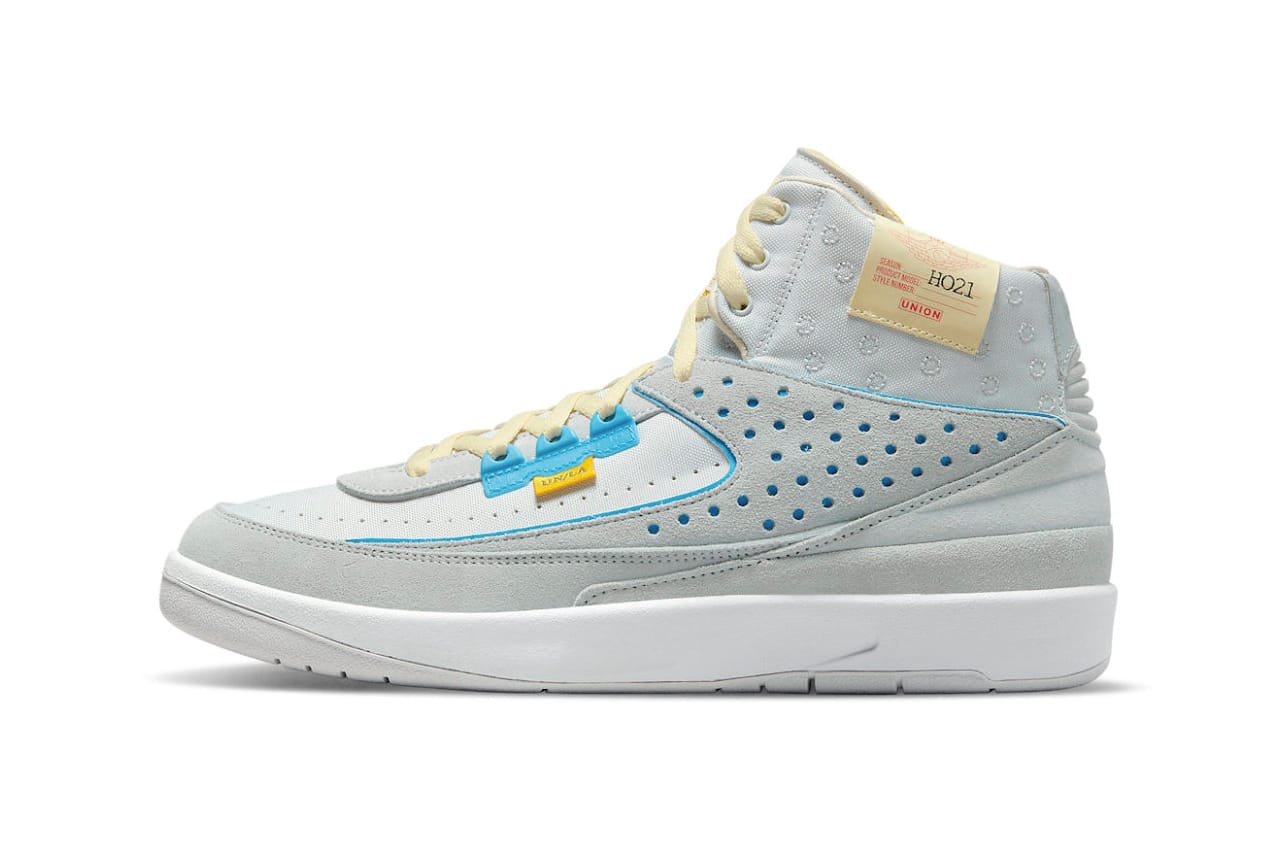 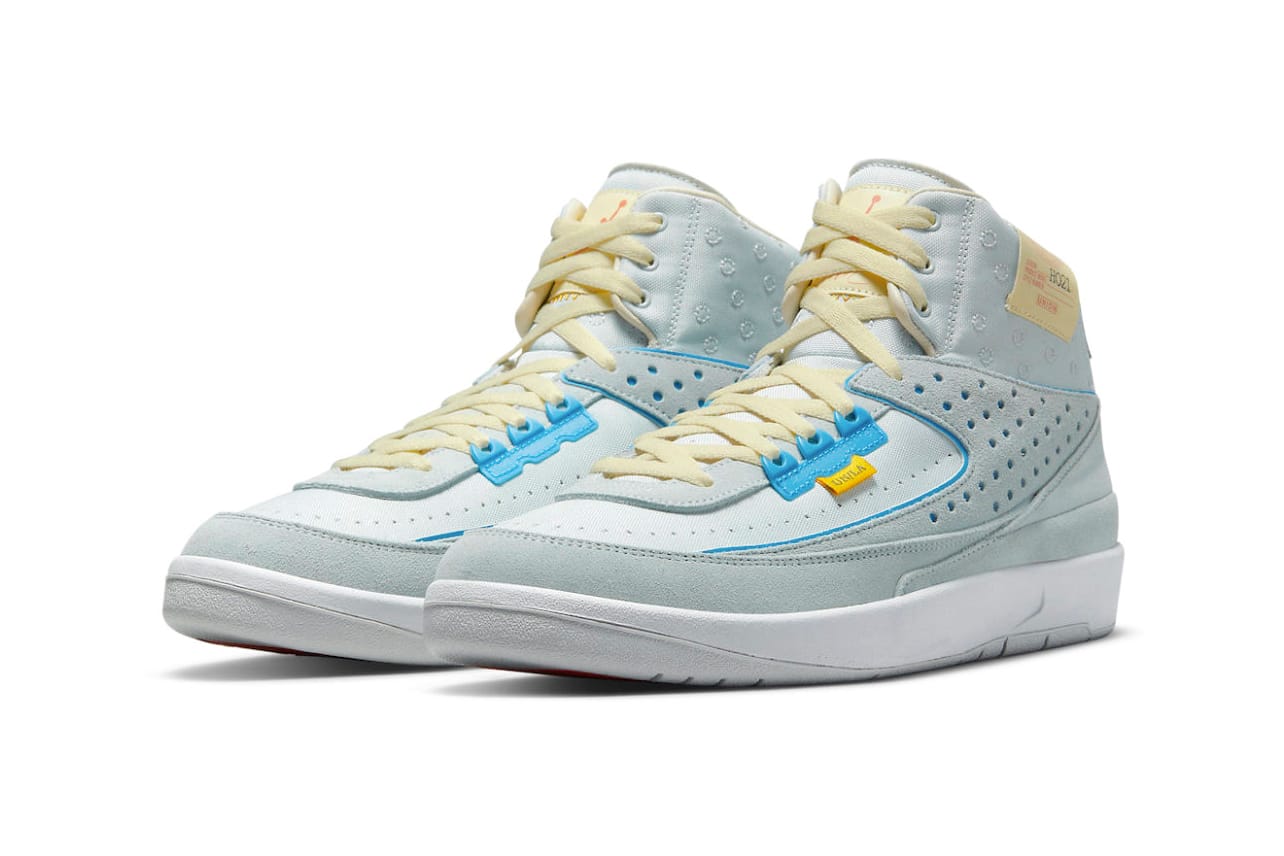 Release Date: April 15
Release Price: $225 USD
Where to Buy: Foot Locker
Why You Should Cop: After conducting a raffle release for folks based in the Greater Los Angeles area, Union and Jordan Brand are slated to give their fans another shot at copping the Air Jordan 2 “Rattan” and “Grey Fog” colorways. Chris Gibbs and his team reimagined the classic silhouette with perforated quarter panels, collars that are adorned with production-inspired tags and circular patterns. 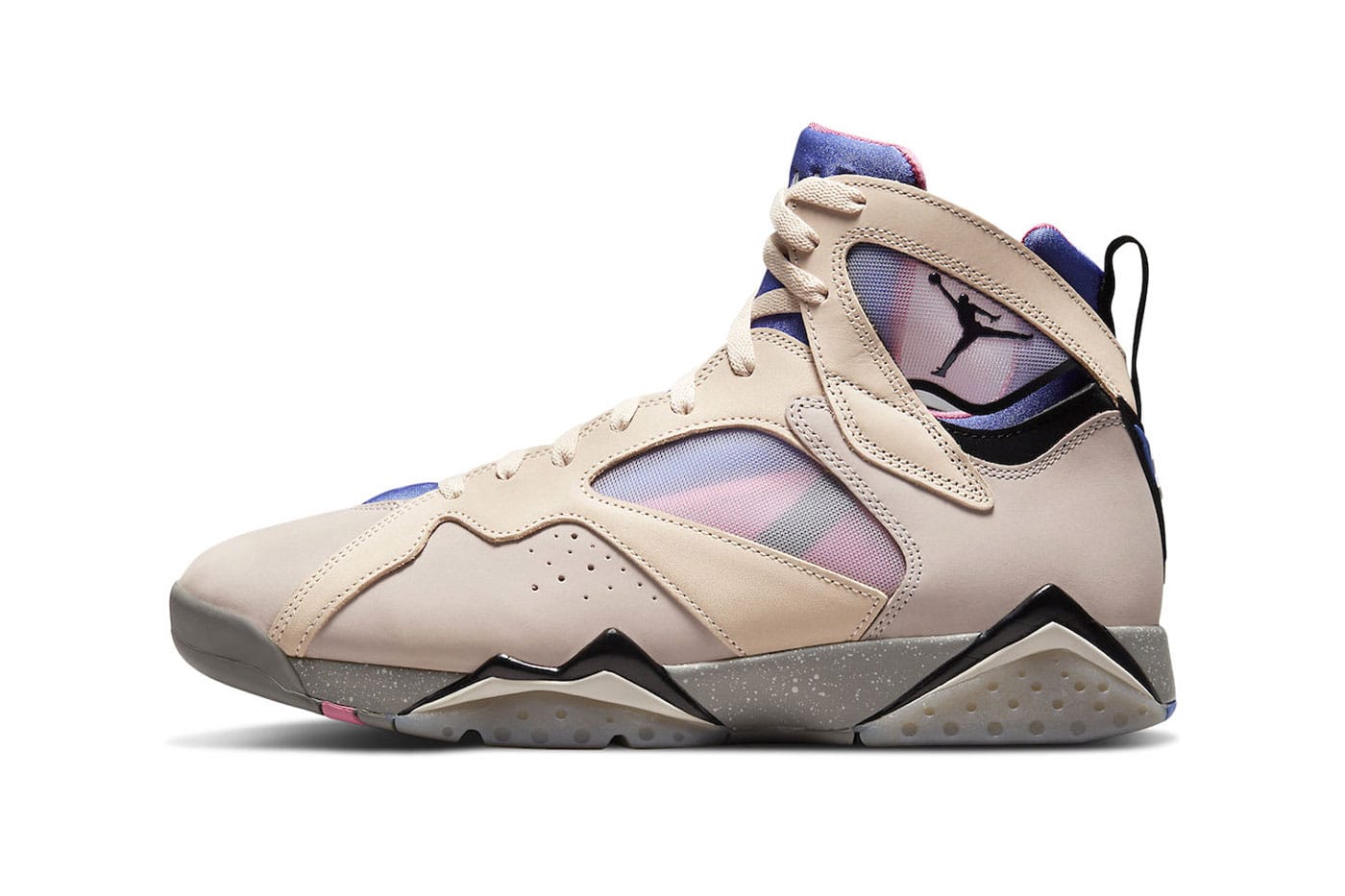 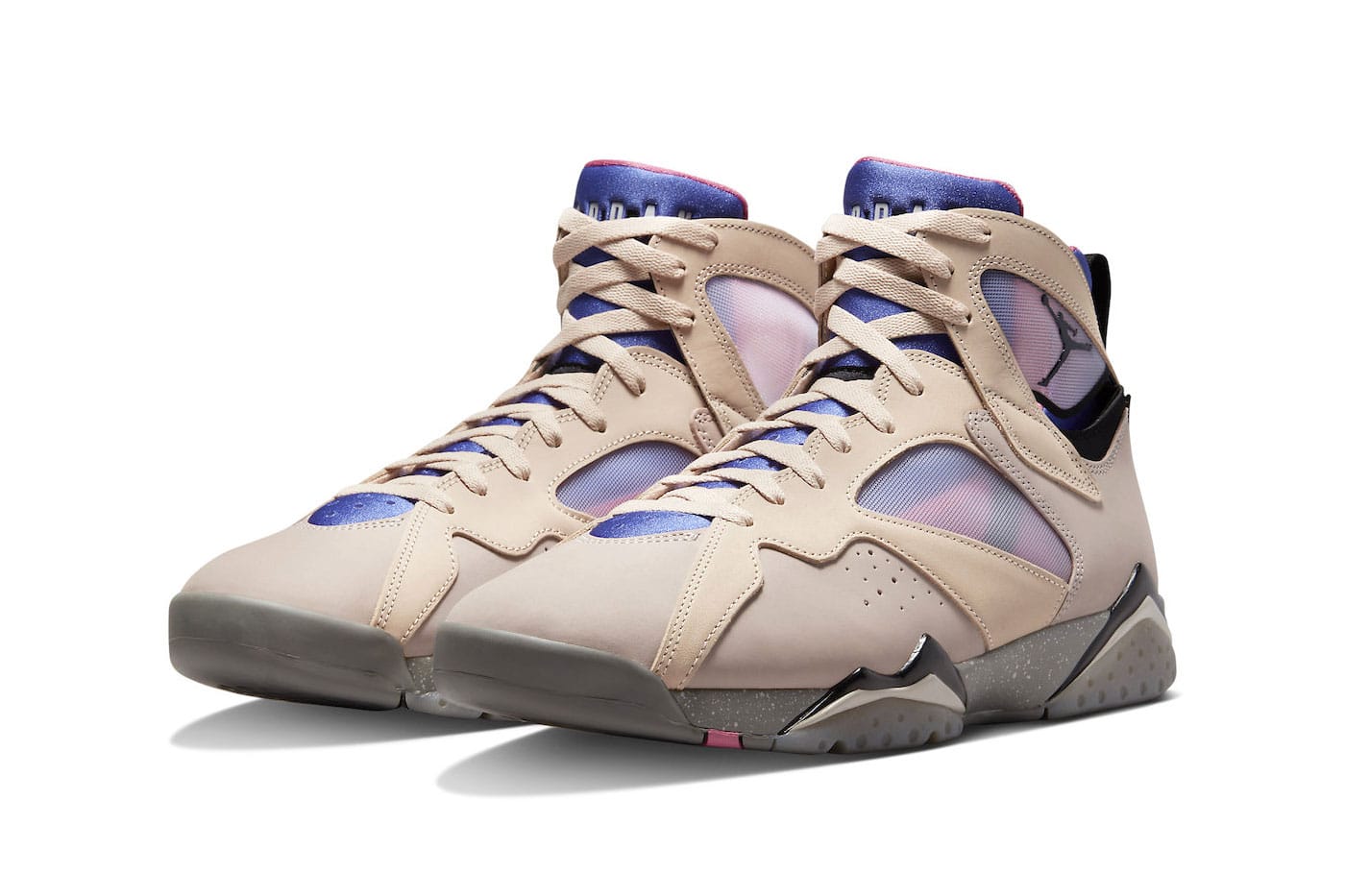 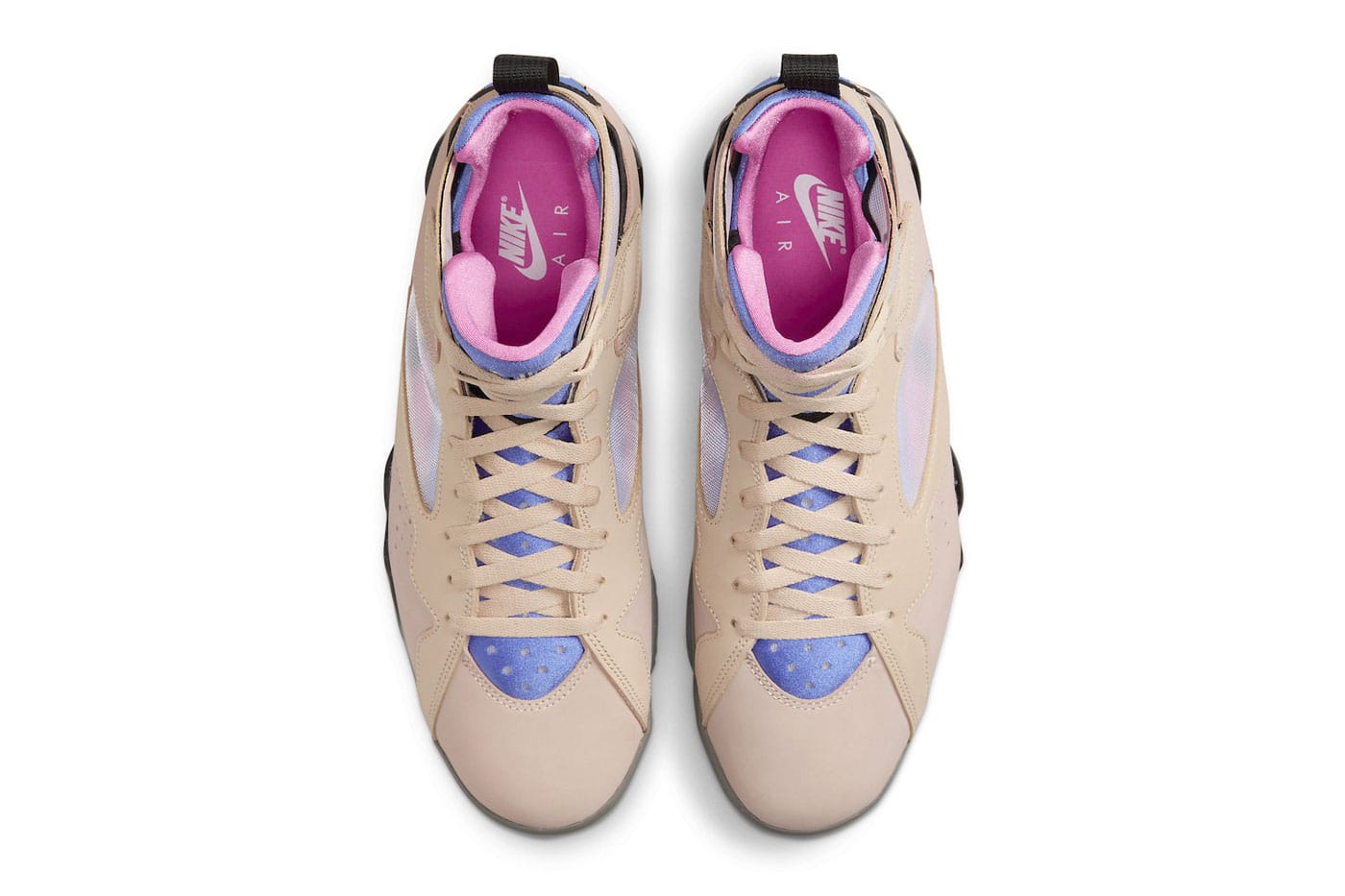 Release Date: April 16
Release Price: $210 USD
Where to Buy: SNKRS
Why You Should Cop: The Air Jordan 7 will be pushed to the frontlines on many occasions this year in celebration of its 30th anniversary, and one entry that will be making its way to the frontlines is this Air Jordan 7 “Sapphire” makeup. The model has been modernized with semi-translucent quarters and collars to that the titular accents have the ability to shine through. Overlays come styled with lighter beige overlays while the sole units are done up in a muted gray. 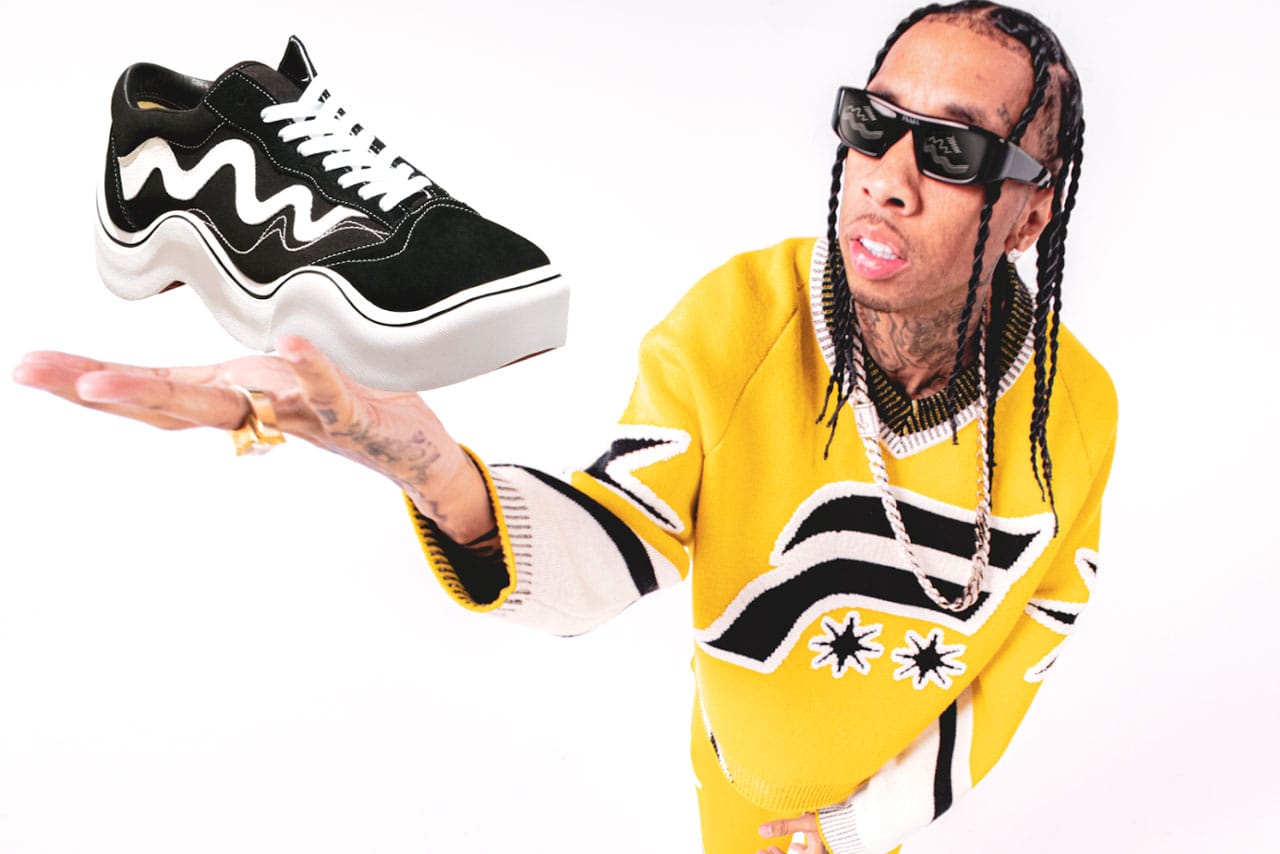 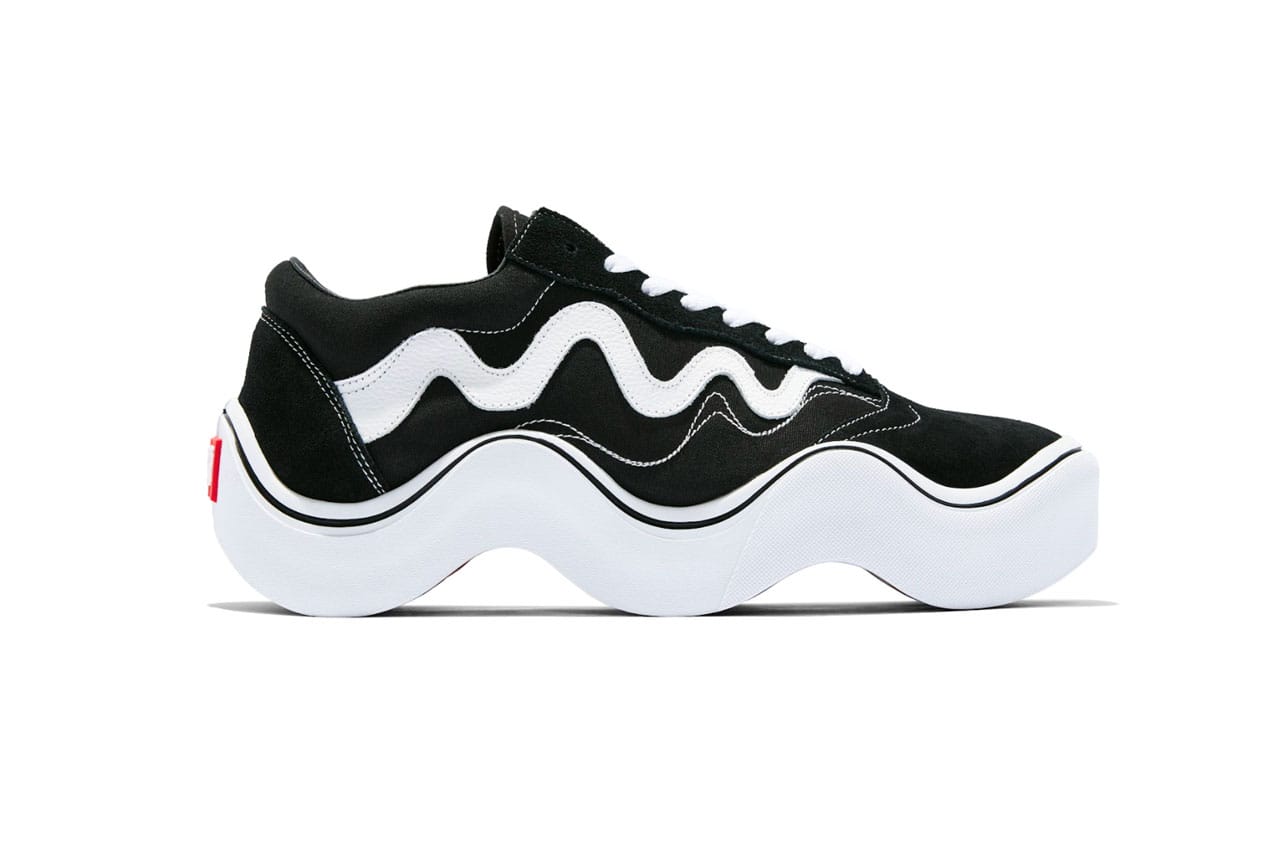 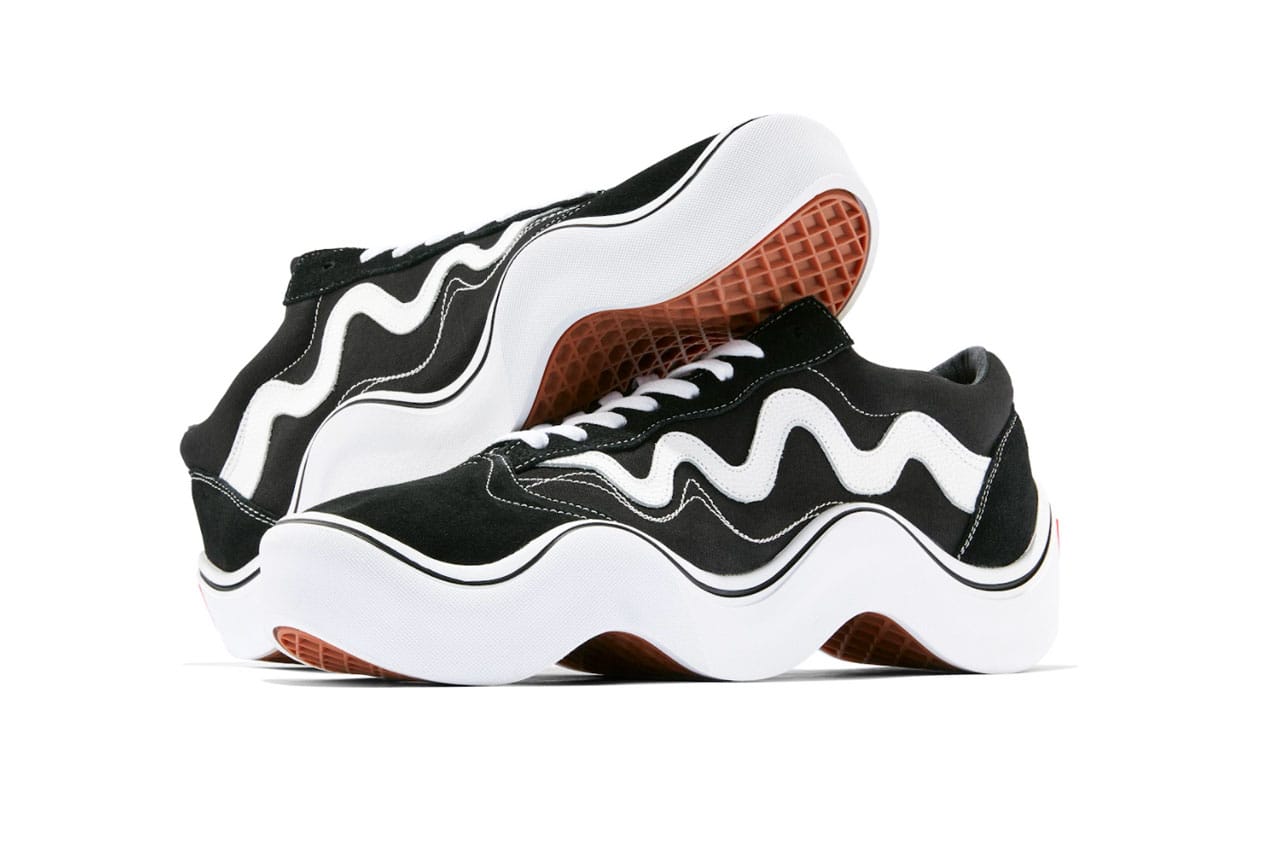 Release Date: April 18
Release Price: $225 USD
Where to Buy: MSCHF
Why You Should Cop: Sometimes the best and the worst part about footwear is that there are no rules. Brands can go as wild as they want and there’s a chance someone out there will hit that “add to cart” button. Rapper Tyga might just have the craziest sneaker of 2022 as he’s teamed up with MSCHF to craft the “Wavy Baby” model. It’s essentially a Vans Old Skool with exaggerated wave-like sole pieces and upper branding.
Source: Read Full Article

Meghan 'will only come to UK if she can bring Netflix cameras' as she joins Harry in Holland on 'unnecessary' trip
Tesla is taking $50,000 deposits on the Roadster again
Popular News
27% of consumers in relationships expect Valentine's Day spending may cause them to rack up credit card debt
08/02/2023
Man Utd wonderkid Ramon Calliste, called ‘the next Giggs’, now owns luxury watch business and makes £5m a year – The Sun
26/03/2020
Megan Thee Stallion Addresses Criticism Over Twerking: ‘I Love to Shake My A**’
26/03/2020
Police guard shops to stop coronavirus panic-buyers and enforce social distancing – The Sun
26/03/2020
Coronavirus: Good Morning Britain’s Dr Hilary reveals ‘game-changing’ self-testing kit
26/03/2020
Recent Posts