Much like the rest of us, 2020 didn’t go as planned for Nev Schulman.

Some challenges have been tough, like getting ready to do the TCS New York City Marathon virtually this year after the actual marathon that was canceled due to  COVID-19 — others were thrilling, like getting to appear on the upcoming season of “Dancing with the Stars.”

“I’m just so excited to be on stage performing,” Schulman, 35, told Page Six on Wednesday.

An avid runner and longtime dance enthusiast, Schulman — who will donate money earned from the ABC competition series to the Dance Against Cancer organization — is part of this year’s star-studded lineup, which also includes “Selling Sunset” star Chrishell Stause and Carole Baskin of “Tiger King.”

“They did a nice job of bringing people from very different worlds together,” he said. “I don’t expect a lot of people who watch the show to necessarily know who I am, and I didn’t necessarily know who all the other people on the show are either, but I think that’s what’s going to make it so interesting.”

While “Dancing with the Stars” has undergone several changes with its hosts and judges — not to mention precautions with the pandemic — Schulman is excited to give viewers something to smile about after an eventful few months.

“With everything we’ve gone through this year, we all just need something to smile about and dancing is this international language of fun that everyone understands and appreciates and anyone can do,” Schulman said. “This is just a much-needed and welcomed sort of reminder that despite everything that’s going on, we are still allowed to smile and have fun.”

Though nailing his steps in the ballroom is imperative, Schulman also has a virtual 26.2-mile run on his plate as well, which he plans to schedule around “DWTS.” This year, runners of the TCS New York City Marathon will be able to run anywhere in the world, as long as its done between Oct. 17-Nov. 1. 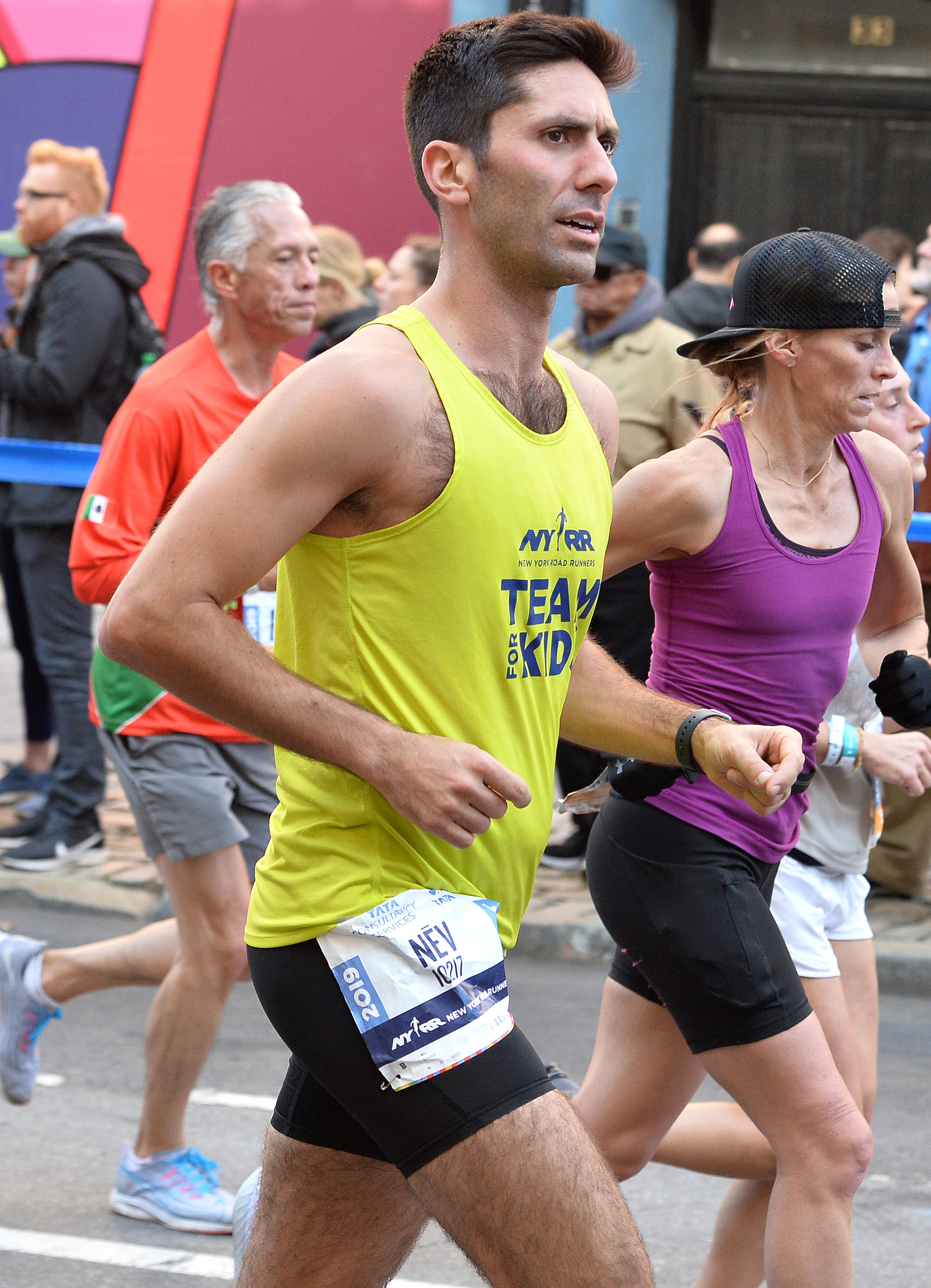 “I’ll probably pick a Tuesday because I’ll have performed on the Monday night … that way I have a few days to recover before I have to perform again,” he said.

Although Schulman’s actual race day will look different this year, the New York City Marathon has long been part of his life. Growing up, Schulman would watch the runners cross the finish line with his father, whose apartment was located nearby. In recent years, Schulman has retreated to his father’s home post-race.

“I’m very, very lucky, cause when I cross the finish line at the New York City Marathon, I have a block to walk to my dad’s apartment, where I go upstairs and I plop down on his big, brown leather armchair, and I keep my legs up and I just fall asleep. And that’s our little celebration tradition, I guess you can say. It’s not much of a party, but it’s a really nice little thing to go over there, hang out with my dad, talk about the race, fall asleep, and then wake up and we’ll go get dinner and have a drink,” Schulman said.

Related posts:
A Georgia sheriff’s deputy was fired after he was filmed repeatedly punching a Black man during a traffic stop, authorities say
Trump, Newsom swap praise on handling wildfires, agree not to debate climate
Popular News
Frontline’s ‘The Choice 2020: Trump vs. Biden’ Reveals How Candidates Early Crises Shaped The Rest Of Their Lives
22/09/2020
Man Utd wonderkid Ramon Calliste, called ‘the next Giggs’, now owns luxury watch business and makes £5m a year – The Sun
26/03/2020
Megan Thee Stallion Addresses Criticism Over Twerking: ‘I Love to Shake My A**’
26/03/2020
Police guard shops to stop coronavirus panic-buyers and enforce social distancing – The Sun
26/03/2020
Coronavirus: Good Morning Britain’s Dr Hilary reveals ‘game-changing’ self-testing kit
26/03/2020
Recent Posts
This website uses cookies to improve your user experience and to provide you with advertisements that are relevant to your interests. By continuing to browse the site you are agreeing to our use of cookies.Ok