NBA great and Miami Heat legend Dwyane Wade has bought an ownership stake in the Utah Jazz, becoming one of the organization’s minority owners, the team announced Friday.

“As a businessman, entrepreneur, and investor, I bring a lot to this partnership outside of my basketball experience,” Wade, 39, said in a statement. “I’m excited to help take the Utah Jazz to the next level.”

The three-time NBA champion and 13-time All-Star talked to ESPN about the significance of the news. “This goes way beyond the dream I had to just play basketball in the NBA,” Wade said. “I’ve seen Shaq do it in Sacramento. I’ve seen Grant Hill do it in Atlanta. I’ve seen Jordan do it in Charlotte.” 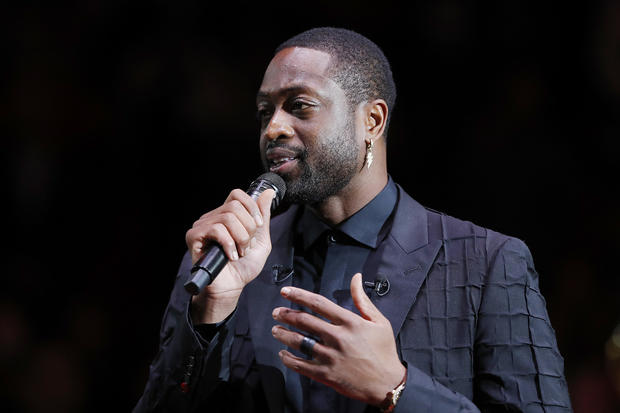 The retired star credited his relationship with Qualtrics founder Ryan Smith, who owns the team along with a small group of investors. He also plans to be involved with the organization.

“Unfortunately, people in my community don’t get this opportunity, and I do not take it lightly to have this opportunity,” he said. “To make real change, this is where you have to be — at the top — and Ryan knows that. I’m thankful for him.”

Wade and Smith met several years ago and after Smith acquired the Jazz last year, they began discussing the Jazz and his ownership group. How much Wade has invested into the Jazz remains unclear.

“Dwyane is not only a basketball legend, he is also a great leader, businessman, and human being,” Smith said in a statement. “As we continue to build on the incredible legacy of the Utah Jazz franchise, we are excited to add Dwyane’s experience and expertise to the equation.”

Heat owner Micky Arison congratulated Wade but expressed disappointment that he didn’t consider joining the ownership group with his former team. Arison said they had discussed it when Wade retired in 2019.

“Having said that I wish him good luck and much success with the Jazz,” Arison said. “To me, Dwyane will always be a Heat lifer.”