Space is famously a theatre lacking any discernible sound due to a distinct absence of atmosphere. However, an innovate NASA “data sonification” project has revealed the incredibly loud noises emitted by celestial objects mediated via terrestrial musical instruments.

NASA wrote on a blog post: “A new trio of examples of ‘data sonification’ from NASA missions provides a new method to enjoy an arrangement of cosmic objects.

The crab nebula, a supernova remnant home to a neutron star, is depicted in a new light in NASA’s data sonification video, which reimagines it as a full orchestra. 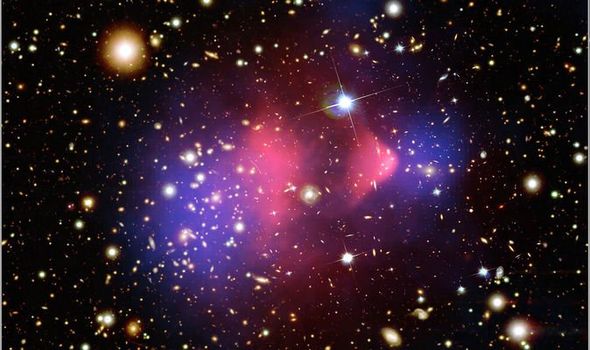 X-ray light, showing as white and blue, is assigned to the brass section, while the pink-hued infrared is allocated to the woodwind instruments.

Each instrument family’s pitch rises up the screen, creating alien-like effects as they reach a crescendo of sound approaching the nebula’s centre.

Here, a violently-spinning pulsar spews gas and radiation in every direction. 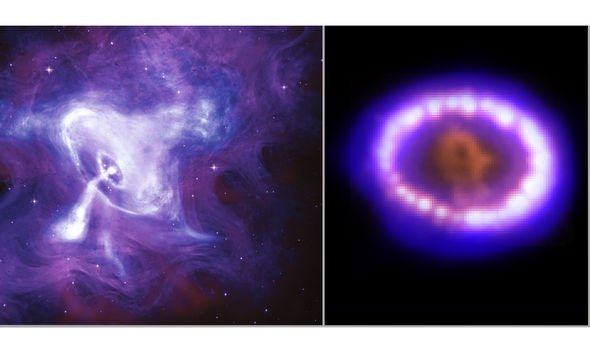 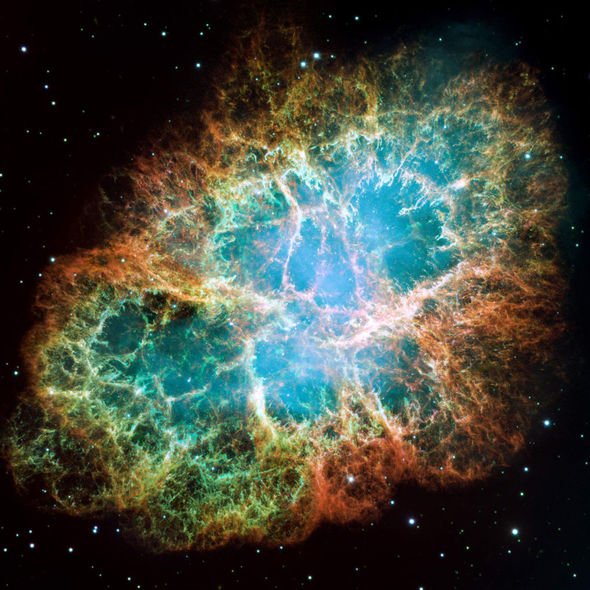 Additional videos posted by NASA include one featuring the Bullet Cluster spiralling towards a slow-motion collision 3.7 billion light-years distant from Earth.

The enigmatic influence forces the galaxies residing in these regions – viewed as blue in the image – to appear significantly larger and closer via the phenomena of gravitational lensing.

Another video involves the Supernova 1987A explosion, which earned its name to the year its stellar light first reached Earth from the Large Magellanic Cloud approximately 168,000 light-years away.

This supernova video boasts a dazzling time-lapse effect in contrast to the others panning from left to right.

As the crosshair traverses around the edge of the supernova’s halo, the image gradually evolves to show the object’s transformation over a 14 year period.

The brighter the light from the halo corresponds to an even higher musical pitch in the clip. 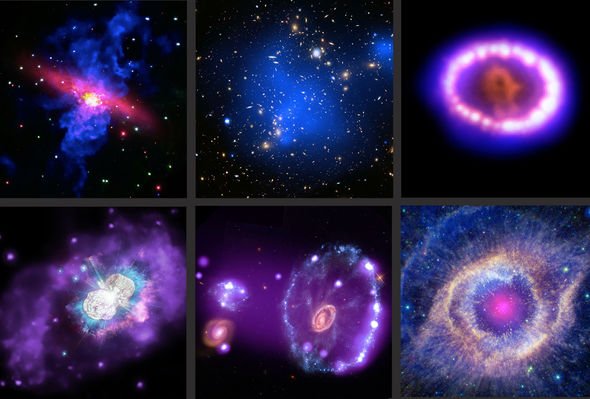 The gas ring finally achieves its peak brightness as the supernova’s shock-wave rips through it.

This event places the loudest, highest pitches at the very end of the video.

NASA is intent on continuing to expand the public’s means of studying and understanding the nature of our universe’s most extreme cosmic objects.

The space agency added in a statement: “NASA’s Science Activation program strives to enable NASA science experts and to incorporate NASA science content into the learning environment effectively and efficiently for learners of all ages.

“The collaboration was driven by visualisation scientist Kimberly Arcand, astrophysicist Matt Russo and musician Andrew Santaguida (both of the SYSTEMS Sound project.)”

Related posts:
Perez Hilton Thinks Some Fans Take the Britney Spears '#FreeBritney' Movement Too Far
Late-night hosts mock Trump's call with Georgia Secretary of State Brad Raffensperger
Popular News
Wuhan medics 'knew virus was deadly and spreading among humans'
19/01/2021
Man Utd wonderkid Ramon Calliste, called ‘the next Giggs’, now owns luxury watch business and makes £5m a year – The Sun
26/03/2020
Megan Thee Stallion Addresses Criticism Over Twerking: ‘I Love to Shake My A**’
26/03/2020
Police guard shops to stop coronavirus panic-buyers and enforce social distancing – The Sun
26/03/2020
Coronavirus: Good Morning Britain’s Dr Hilary reveals ‘game-changing’ self-testing kit
26/03/2020
Recent Posts
This website uses cookies to improve your user experience and to provide you with advertisements that are relevant to your interests. By continuing to browse the site you are agreeing to our use of cookies.Ok