My hurt when John blamed me for Beatles split, says Paul McCartney

Sir Paul, 78, who was due to headline the Glastonbury festival later this summer – has chosen the 50th anniversary of the Fab Four’s break-up to give his side of the story. He said: “When The Beatles broke up, perhaps there was a misconception that we all sort of hated each other. What I realise now is that because it was a family, because it was a gang, families argue and families have disputes. Some people want to do this and some people want to do that.”

Sir Paul also explained his decision to sue the band to regain control of their music from US businessman Allen Klein, who took over the group’s affairs in 1969 following the death of manager Brian Epstein.

He added: “The only way for me to save The Beatles and the company Apple – and to release Anthology and all these great remasters of all the great Beatles records – was to sue the band.

“If I hadn’t done that, it would have all belonged to Allen Klein. The only way I was given to get us out of that was to do what I did.

“I said ‘Well, I’ll sue Allen Klein’ and I was told I couldn’t because he wasn’t party to it – ‘You’ve got to sue the Beatles.'” The issue led to a very public spat with John Lennon and his wife Yoko Ono – and the release of the infamous song How Do You Sleep? penned by Lennon in 1971, which openly attacked him.

Sir Paul told British GQ Magazine: “I remember reading an interview with Yoko, who was a big John supporter – I get that – but in this article she goes, ‘Paul did nothing. All he ever did was book studio.’ “And I’m going, ‘Err? No…’ And then John does this famous song, ‘How Do You Sleep?’, and he’s going, ‘All you ever did was ‘Yesterday’…’ And I’m going, ‘No, man’. 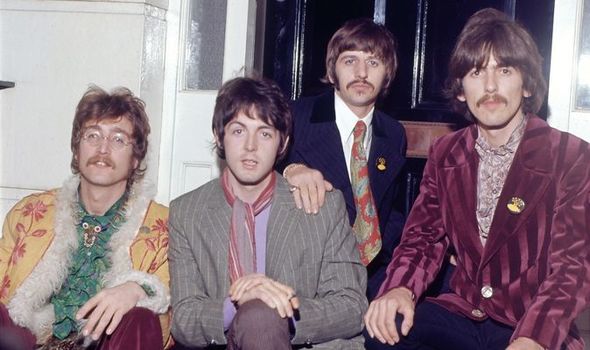 “But then you hear the stories from various angles and apparently people who were in the room when John was writing that. He was getting suggestions for the lyrics off Allen Klein.

“So, you see the atmosphere of ‘Let’s get Paul. Let’s nail him in a song…’ And those things were pretty hurtful.”

Sir Paul also tells how he has dealt with the pressure of more than five decades of fame.

He said: “I remember talking to Lady Gaga about something we were doing together and she was saying ‘Well, there’s the selfloathing’. And I think, ‘That’s the first time I’d ever heard anyone talk about that’.

“She was at the top of her game, massively popular and everything she was doing was a hit, but she was just talking about self-loathing.

“And I’m saying, ‘I kind of know what you mean, but I’m not allowing that. I’m not having that. It’s not a road I want to go down’. ” Sir Paul, who is married to third wife Nancy Shevell, 60, posed for pictures taken by his photographer daughter Mary for the magazine covershoot.