An interior stylist has revealed how she removes stubborn stains from cooking pots in under a minute.

Liz Amaya coats the bottom with table salt and a dash of white vinegar, then leaves it to soak for a few seconds before scrubbing it with the coarse side of a sponge.

The Brisbane creative then runs the pot under a tap of tepid water to rinse off excess salt.

A recent Instagram video of the hack shows the pot gleaming after being cleaned with the simple homemade solution. 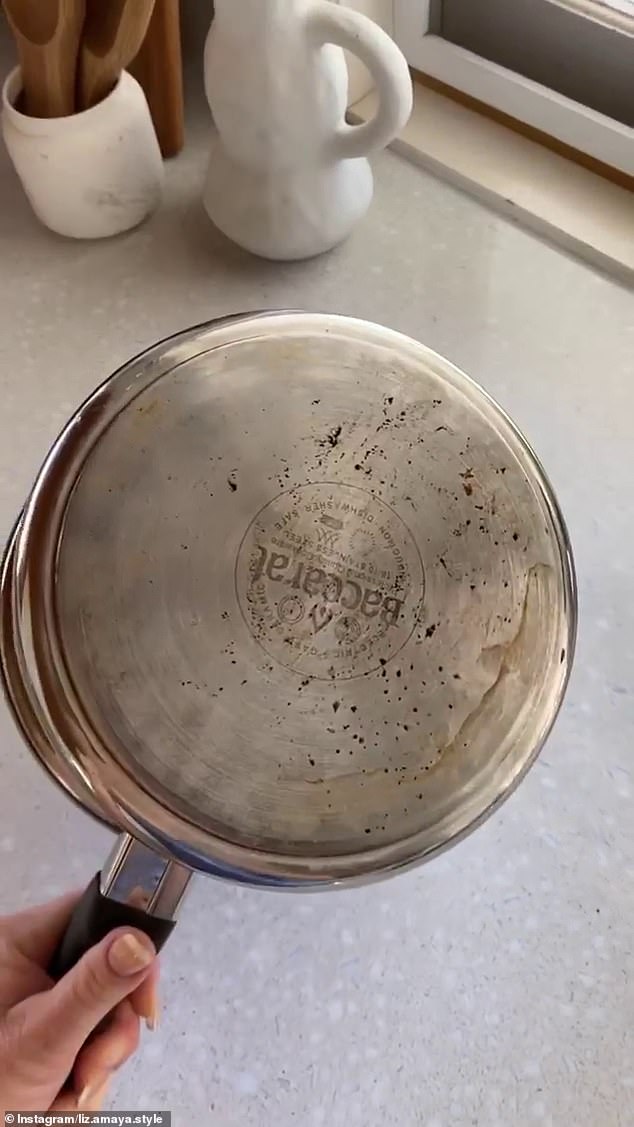 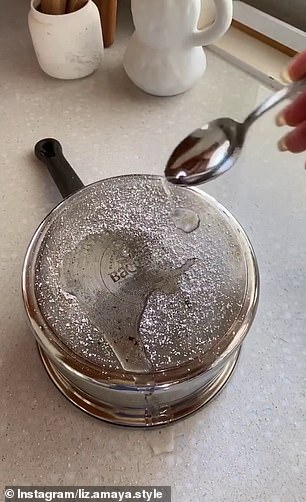 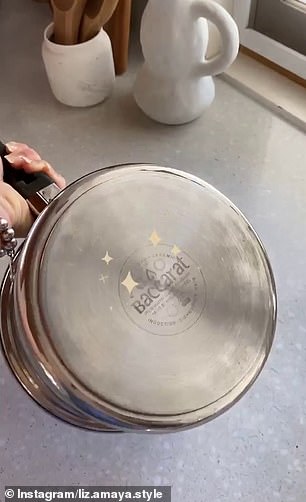 Liz Amaya coats the bottom with table salt and a dash of white vinegar (left), then rinses it clean with warm water – leaving it gleaming (right)

The clip, which has racked up 1,744 ‘likes’ since it was uploaded online on April 13, has drawn dozens of delighted responses.

‘This is so satisfying,’ said a second, while a third added: ‘Wow this is great.’

And it’s not the first of Ms Amaya’s home hacks to catch attention on social media.

Earlier this year, she revealed how she turned the filthy drain of her kitchen sink pristine clean using four household ingredients.

To perform the deep clean, she used bicarb soda, vinegar, an old toothbrush and boiling water.

Ms Amaya said you should start by using a screwdriver to remove the drain top, exposing what’s lurking underneath. 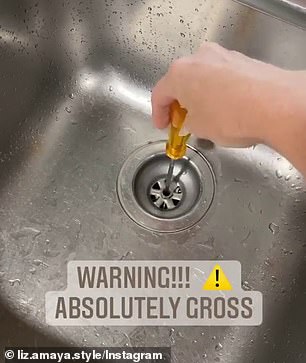 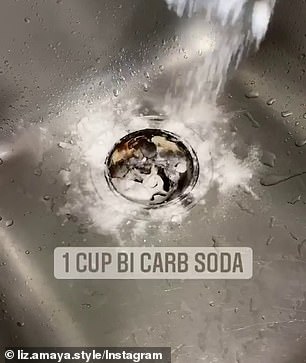 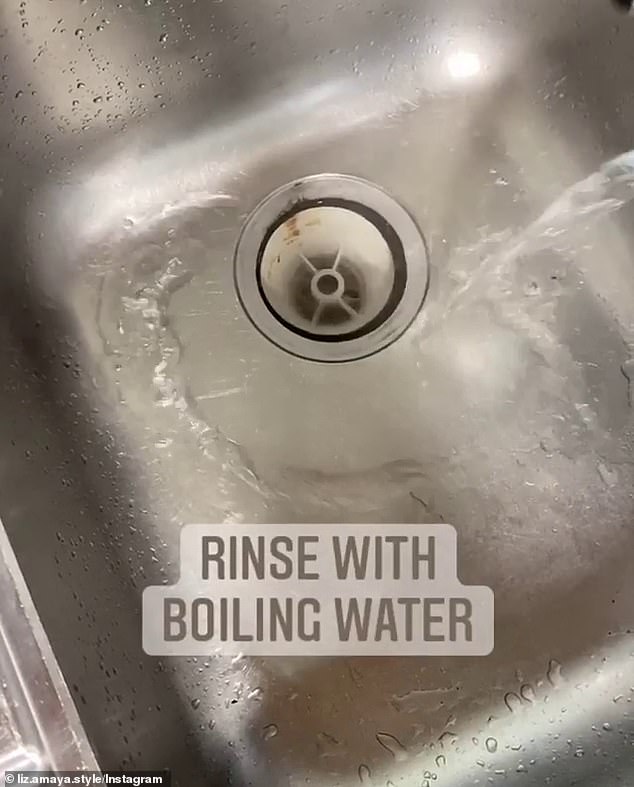 Next, she sprinkles a cup of of bicarbonate soda into the drain before pouring with a cup of white vinegar in on top.

After leaving it to soak for a few minutes, Ms Amaya scrubs the drain with an old toothbrush to dislodge any deeply ingrained dirt and grime.

Finally, she pours boiling water in to wash the dirt away, leaving the drain sparkling.