Australians will be asked within weeks to sign up for a mobile app that can alert them to the risk of catching the coronavirus, using their movements to find out whether they have been close to someone already infected.

The federal government will ask Australians to opt in to the project in the hope of gaining support from millions of people so the country can emerge from shutdown measures as quickly as possible. 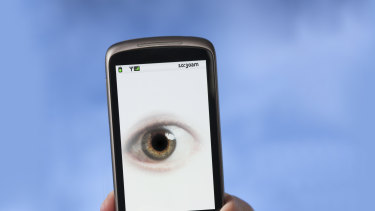 The government is working to roll out an app that people can use to track their contacts with coronavirus cases.Credit: E+

Someone who used the app and contracted the virus, for example, could notify health authorities and ensure an alert was sent to anyone he or she was in contact with over the previous 24 hours.

While the government expects a debate on the privacy of the scheme, it is hoping a majority of Australians will download the app to help save lives.

Prime Minister Scott Morrison has rejected making the app mandatory but wants at least 40 per cent of the community to embrace the project, to make it as powerful as possible in finding people with the COVID-19 virus before they infect others.

The project is a key element in the long-term ambition to gradually ease shutdowns and social distancing measures, to breathe life into the economy without allowing further outbreaks of the disease.

Another major shipment of test kits is on the way to Australia and is expected to allow wider testing for the virus, giving health authorities more information about the scale and spread of infections.

Mr Morrison and Health Minister Greg Hunt have warned against near-term easing of social controls on the grounds that greater testing and surveillance will be needed before the rules can be relaxed.

The government is also relying on the states to have teams in place to respond rapidly to any outbreak, raising the possibility of local shutdowns in one part of a state so communities and businesses in other parts of the same state can continue.

"We have got one of the best testing regimes in the world, but it needs to be more comprehensive, our response capacity to outbreaks needs to be even stronger," Mr Morrison said on Tuesday.

"Before we can actually start easing up here, we need to lock in the control that we are currently exercising over this virus, but it can get away, and you need to have the mechanisms in place, the tools in place that can keep on top of it and deal with any outbreaks that come." 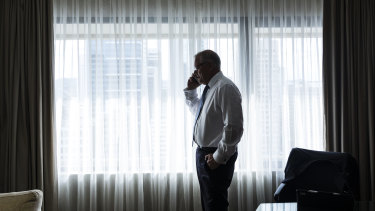 "We're very keen to use it and use it perhaps even more extensively than Singapore," Chief Medical Officer Brendan Murphy told a New Zealand parliamentary hearing on Tuesday.

"Obviously there's a conversation to have with the community about the acceptability of it, but we think that idea, the TraceTogether app, is a really excellent one."

Under current "track and trace" work, health officials and sometimes Australian Defence Force workers have to ask people with COVID-19 about their movements over previous days to identify others who may be infected.

The app would make this much faster, but the government is expecting objections from privacy advocates worried about the amount of information being captured and stored.

Attorney-General Christian Porter has begun discussions with the Privacy Commissioner about these concerns.

The Singapore scheme tells users the only data being stored is the person’s mobile phone number and a "random anonymised" identification number, both of which are kept on a secure server and not made public.

The Singapore scheme does not collect GPS data or a person’s location, and the Australian version is expected to be the same.

A person using the app does not see data about the nearby phones, but the record of "close proximity" contacts over a period of time can be recovered by officials if the user gets infected with the virus and gives consent for the data to be accessed.