Mobile phone tracking should be used in fight against virus

It is difficult to think of anyone more irresponsible at this time of coronavirus crisis than those people who returned from a skiing trip to Colorado with COVID-19 a couple of weeks ago and then wandered around and about, leading to the infection of dozens of people.

Yet Prime Minister Scott Morrison has decided that he is not ready to adopt a technology — based on mobile phone apps widely used in other countries such as Taiwan and Singapore — which could have kept track of people who are in isolation but who refuse to do the right thing. 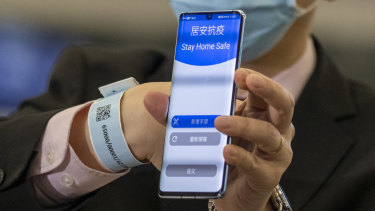 After the council of chief medical officers suggested using the technology, Mr Morrison said last week that using mobile phone data to track and contain the disease was not consistent with what Australian society “understands and accepts”.

The Prime Minister is right that using mobile phone data involves serious privacy risks and, if badly managed, might reduce community support for other important measures such as lockdowns.

But this crisis has challenged so many preconceptions about what is acceptable that it seems inconsistent to rule out using mobile technology in the fight against COVID-19.

Governments have done everything from banning overseas travel and locking about 5000 Australians returning from overseas in hotels to fining people for sitting in parks.

Those things are at least as anathema to Australian values as tracking people with mobile phones, which is a well-established practice.

Police bug and track mobile phones in criminal cases and, under anti-terror laws, have very broad powers to access metadata. These examples show that when the risk to the community is high enough, infringements on privacy are justified, and the dangers are mitigated by strict legal restrictions and close supervision by a magistrate.

In fact, despite Mr Morrison’s comments, The Age revealed on Sunday that the federal government has indeed used mobile phone data in the fight against the coronavirus.

Vodafone handed over data to help quantify whether people were responding to advice to reduce unnecessary travel, although this was anonymous aggregate data with minimal risk to privacy. Tracking individuals offers much greater advantages than the high-level data offered by Vodafone.

While it might seem like Big Brother, using mobile phones to track self-isolation of people who have the disease or are suspected cases is a lot less intrusive and cheaper than locking them in hotels for two weeks. The apps send them warnings when they stray from their homes or require them to check in at odd hours.

This problem is not going away. A paper, by epidemic experts for the Group of Eight universities, estimated 20 per cent of people breach quarantine.

Mobile phone data can also be a much more efficient way to trace people who have come into contact with the infection than the traditional method of personal interviews and phone calls.

Once someone is diagnosed with the disease, apps can immediately identify where sick people have spent the past few days and then alert their contacts.

All this technology might seem new and strange, but it could be extremely useful in coming months as we try to keep infections low without destroying the economy.

As the draconian lockdown rules are relaxed, Australia should be looking for more subtle techniques that reduce disruption to daily life.

As long as it comes with strong safeguards of civil liberties, careful use of technology such as mobile phone data should be part of our arsenal in fighting the disease.