MIKE TYSON underwent a gruelling training regime for his return to the ring last year. 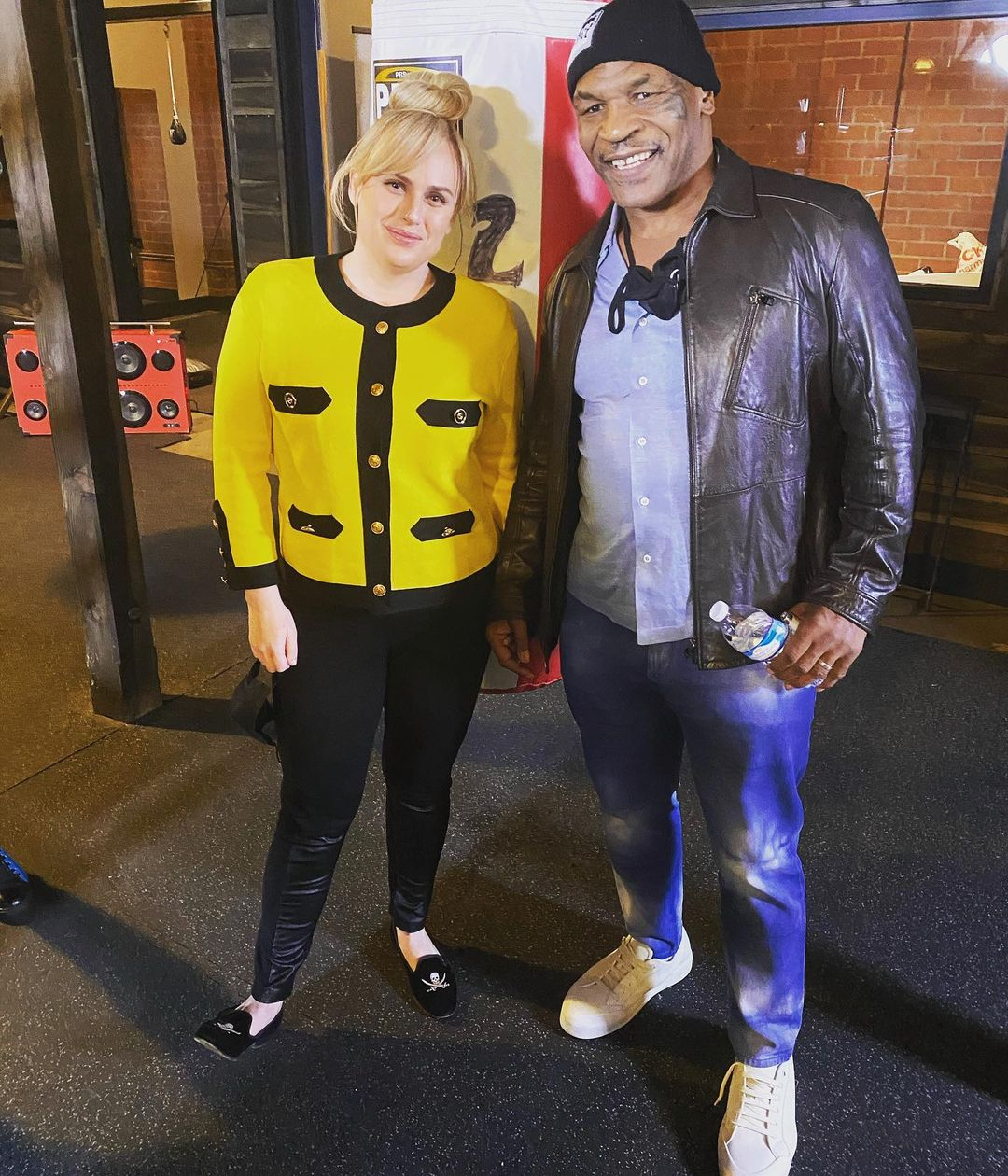 The 54-year-old wowed fans by ripping off his shirt during a television appearance to reveal the results of his 100lb weight loss.

Tyson went on to draw with Jones Jr, 51, in an eight-round scrap in November.

But the comeback was not a one-off as he plans to fight on.

Tyson was not the only high-profile figure to get the fitness bug last year.

Hollywood actress Rebel Wilson branded 2020 her "year of health" and dropped 40lb to reach her target weight of 165lbs.

Wilson uploaded a picture of the pair to her Instagram page.

And the Aussie's followers were quick to comment on the unlikely duo, who lost a combined 10 stone.

One fan wrote: "Wow! I bet he thinks he's pretty good right now! A @rebelwilson selfie is a collectors item!"

A second said: "Nice pic of y'all together."

Tyson became a vegan in the build up to his fight with Jones Jr.

He said: "It was very difficult but only for one particular reason – I had to lose 100lbs.

"But other than that I've always done this my whole career.

"I became a vegan. My wife told me to get on a treadmill. So I went from 15 minutes on the treadmill and ended at two hours.

"I kept going to the gym and watching my diet and I'm beautiful."

Tyson retired from professional boxing in 2005 and claimed to have not trained since.

Hollywood star Michael Jai White could be Tyson's next opponent.

White, who portrayed Tyson in the 1995 HBO movie about the boxer, is eager for a scrap.

He said: "To box Mike Tyson, I would love that. Are you kidding me? Why would I not do something like that."

When asked about the potential outcome of such a fight, White added: "Of course, I think I would win.

"If he whooped my a**, I would laugh at the whole scenario."

Meanwhile, boxing great Oscar De La Hoya has revealed he was inspired to fight again by Tyson and will consult Iron Mike about his 'philosophy' on returning.

Related posts:
DIY couple quoted £18k for new hallway decide to do it themselves for just £750
Queen and Philip receive their Covid-19 vaccinations
Popular News
Anti-Kremlin demonstrations break out across Russia
23/01/2021
Man Utd wonderkid Ramon Calliste, called ‘the next Giggs’, now owns luxury watch business and makes £5m a year – The Sun
26/03/2020
Megan Thee Stallion Addresses Criticism Over Twerking: ‘I Love to Shake My A**’
26/03/2020
Police guard shops to stop coronavirus panic-buyers and enforce social distancing – The Sun
26/03/2020
Coronavirus: Good Morning Britain’s Dr Hilary reveals ‘game-changing’ self-testing kit
26/03/2020
Recent Posts
This website uses cookies to improve your user experience and to provide you with advertisements that are relevant to your interests. By continuing to browse the site you are agreeing to our use of cookies.Ok