MIKE TYSON has eased fans' fears after his 'car crash' interview on Good Morning Britain – by blaming his incoherent appearance on being tired.

The American legend, 54, was on to promote his November 28 comeback fight against Roy Jones Jr. 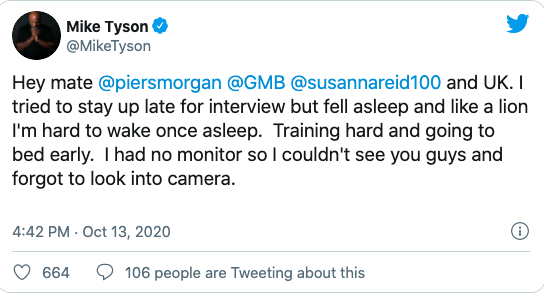 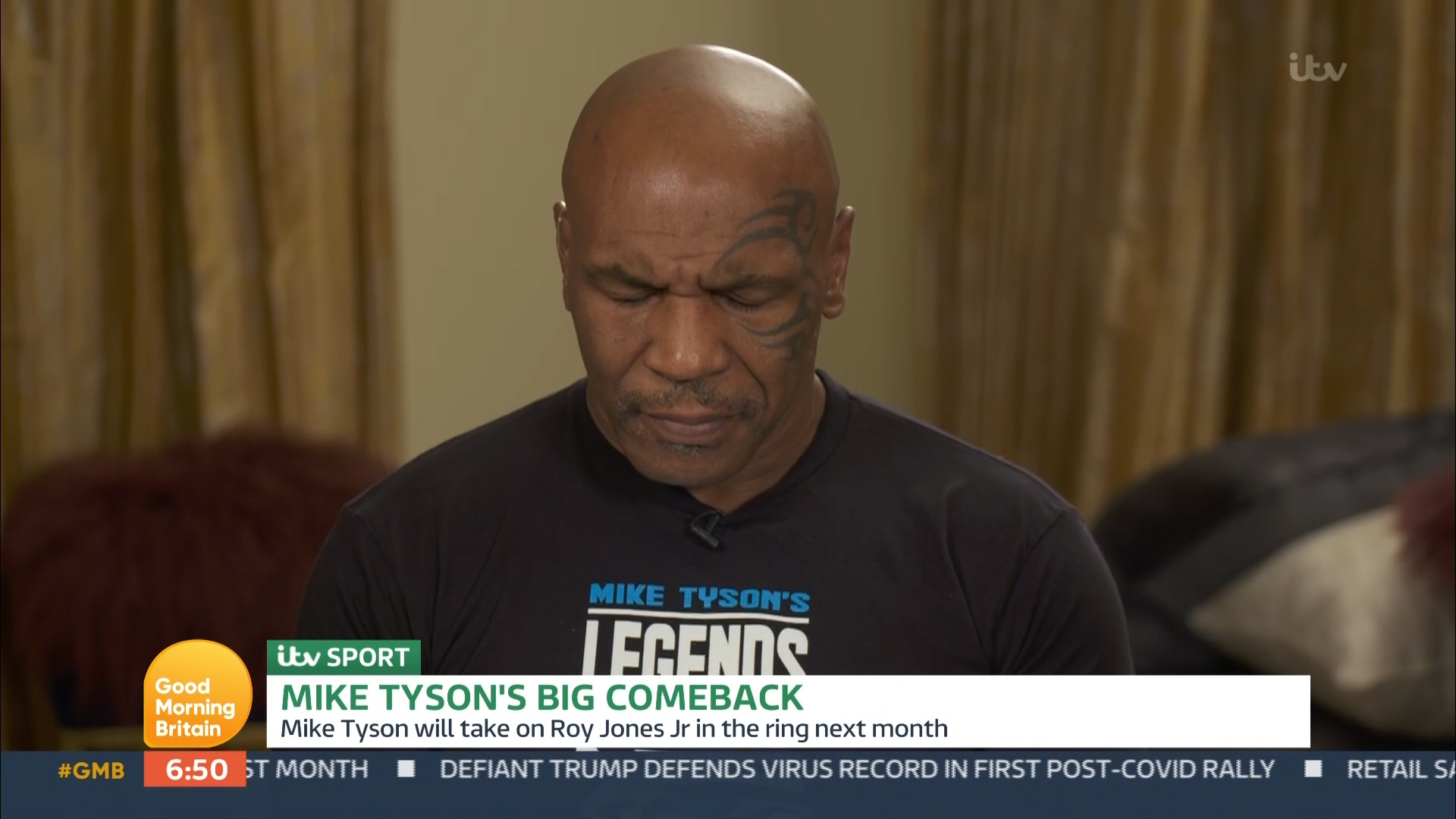 But Tyson seemed anything but his usual, energetic self, mumbling his words and speaking incoherently to hosts Piers Morgan and Susanna Reid.

The Baddest Man on the Planet even drooped his head several times and closed his eyes at points.

But Tyson revealed it was simply down to tiredness, with the interview taking place late in the evening for the Los Angeles-based star.

"I tried to stay up late for interview but fell asleep and like a lion I'm hard to wake once sleep.

"I had no monitor so I couldn't see you guys and forgot to look into camera."

Morgan replied to Tyson, saying he appreciated the update given the outpour of worry from his fans.

"We could see you were a bit weary! It was very late in LA.

"Appreciate this message as some viewers were concerned."

A few days ago, Tyson shared an epic promo video ahead of his comeback fight against Jones Jr.

Tyson uploaded the video – directed by Triller – to his Instagram.

Tyson then chips in with: "All great fighters can't be great trainers, it takes a very special person to be a great trainer."

Related posts:
The Anti-Thinning Shampoo That Actually Works Is on Sale
Madonna and IIUVO Capture the Spirit of "Madame X" In Just 100ml
Popular News
KFC Had a Brilliant Response To Prince William Checking Out Their Storefront
24/10/2020
Man Utd wonderkid Ramon Calliste, called ‘the next Giggs’, now owns luxury watch business and makes £5m a year – The Sun
26/03/2020
Megan Thee Stallion Addresses Criticism Over Twerking: ‘I Love to Shake My A**’
26/03/2020
Police guard shops to stop coronavirus panic-buyers and enforce social distancing – The Sun
26/03/2020
Coronavirus: Good Morning Britain’s Dr Hilary reveals ‘game-changing’ self-testing kit
26/03/2020
Recent Posts
This website uses cookies to improve your user experience and to provide you with advertisements that are relevant to your interests. By continuing to browse the site you are agreeing to our use of cookies.Ok