Melbourne's radio listeners have flocked to news, current affairs and talkback during the city's unprecedented lockdown.

3AW's overall audience share has jumped by 3 percentage points since the start of the COVID-19 pandemic, with its breakfast show posting a record 26.1 per cent share – an 8.8 percentage point gain.

Meanwhile ABC Radio Melbourne's audience share is up 3 percentage points overall and, like 3AW, has recorded gains in breakfast, mornings, afternoons and drive. 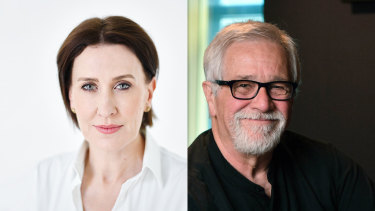 Tuesday's results are the first radio ratings survey in more than four months. Commercial Radio Australia – in consultation with research company GfK – cancelled three surveys this year due to the COVID-19 pandemic. In Melbourne, the latest survey was conducted entirely via electronic diaries due to government restrictions.

“We’re humbled and grateful that given everything Victoria has been through, Melbourne has turned to 3AW’s presenters and newsbreakers in record numbers,” he said.

ABC Radio Melbourne boss Dina Rosendorff said she was proud of her team for working through the pandemic.

“We know our audience turns to us for trustworthy information in times of crisis,” she said. “These results prove we delivered on the vital companionship aspect too.

“We’ve also been working tirelessly to deliver for the audience on social and digital and through all the live streaming we’ve been doing. We know this multi-platform approach has also added to our listenership gains.”

Just like the ratings system, radio programs have had to adapt to life under COVID-19 restrictions. Kiis FM’s national drive hosts Will McMahon and Woody Whitelaw have broadcast from Whitelaw’s front porch in Melbourne, while Sydney breakfast presenter Jackie “O” Henderson recorded a month’s worth of episodes from hotel quarantine – first in Melbourne, due to filming Network 10's The Masked Singer, and later in Sydney after flying home to the NSW capital.

Nova's new national drive co-host, Joel Creasey, will not broadcast from the same studio as his co-stars Kate Ritchie and Tim Blackwell until government restrictions ease between the two cities (Creasey lives in Melbourne while Ritchie and Blackwell are based in Sydney).

Commercial Radio Australia’s chief executive Joan Warner said she could understand why there was a great deal of interest in the latest round of radio ratings but urged caution in interpreting the immediate results.

“[But] it’s important to keep in mind this is one survey and we have two more coming between now and Christmas to provide a clear picture of audience and listening trends,” she said.

Related posts:
911 lines go down across the US sparking panic as callers can't get through to emergency services
D23, Disney Fan Conference, Sets Dates For 2022
Popular News
The South was a lost cause for Democrats, now eight key Senate seats are in play
24/10/2020
Man Utd wonderkid Ramon Calliste, called ‘the next Giggs’, now owns luxury watch business and makes £5m a year – The Sun
26/03/2020
Megan Thee Stallion Addresses Criticism Over Twerking: ‘I Love to Shake My A**’
26/03/2020
Police guard shops to stop coronavirus panic-buyers and enforce social distancing – The Sun
26/03/2020
Coronavirus: Good Morning Britain’s Dr Hilary reveals ‘game-changing’ self-testing kit
26/03/2020
Recent Posts
This website uses cookies to improve your user experience and to provide you with advertisements that are relevant to your interests. By continuing to browse the site you are agreeing to our use of cookies.Ok