Melania Trump, 50, has been married to Donald Trump, 74, since January 2005. While in the White House, she made many speeches and appearances in her role as the First Lady. A body language expert revealed how she could take inspiration from the Royal Family and the Queen.

Before Donald became the US President, Melania has worked as a model and business owner.

In 2017, she took on the role of First Lady and has since supported her husband as well as launching campaigns of her own.

Last year, Melania and Donald visited the UK on two occasions where they met with the Queen.

Since then, body language expert Judi James suggested Melania may have taken tips from the monarch. 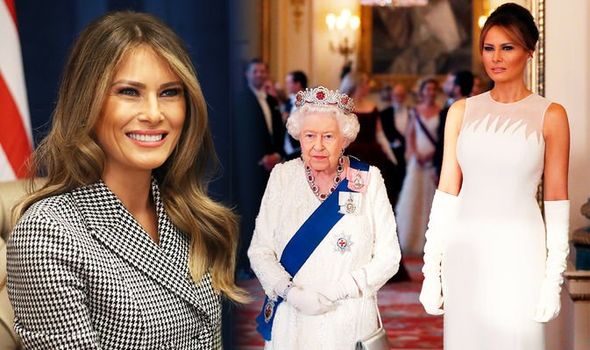 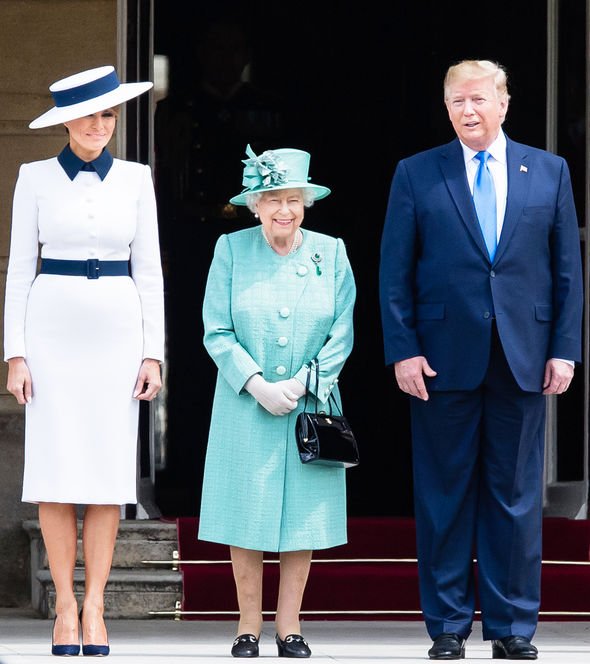 Analysing recent speeches made by both the Queen and the First Lady, Judi revealed key similarities.

She told Express.co.uk: “Donald Trump has always spoken openly about his admiration for our Queen.

“He and Melania experienced the traditions of royal body language up-close on their visits to the UK.

“It would be easy to imagine that Melania might have used her as a role-model in terms of successful, high-status leadership, as she performed her own versions of ‘The Queen’s Speech’.

“While other First Ladies like Michelle Obama have used very active and expressive body language signals, tending to notch back on the more formal styling, Melania is now, with a pandemic crisis and an election looming, drawing heavily on a more regal vibe to get her messages across.”

With First Ladies before her taking a more modern approach, Melania seemed happy to use more regal techniques.

Both Melania and the Queen have both used a monotone delivery technique when making speeches during the coronavirus pandemic.

By being straightforward, their messages have come across more powerfully, Judi suggested. 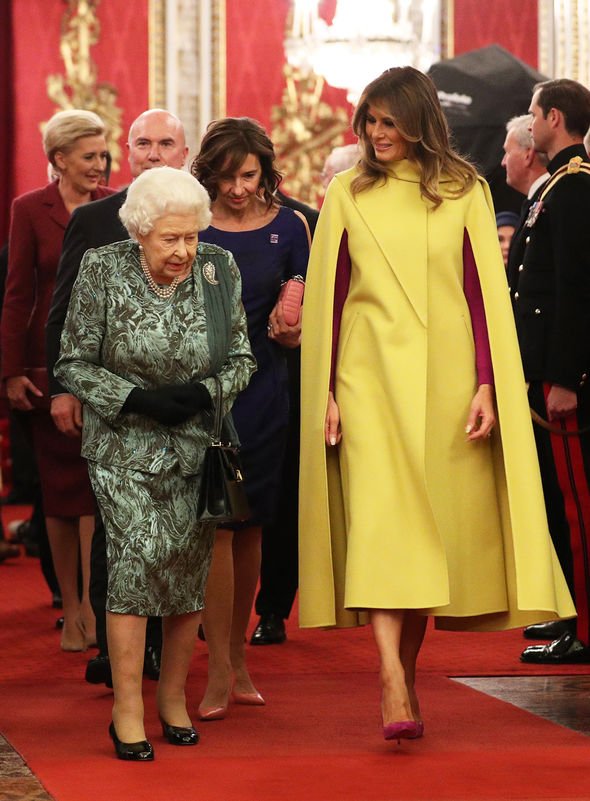 She added: “Both women use the rather old-fashioned technique of delivering their verbal messages straight and in a near monotone rather than going down the current route of acting every emotion out to create empathy.

“This monotone delivery is very powerful though. When the Queen said ‘we will meet again’ there was only the faintest of tonal emphasis on the word ‘will’ but the understated style brought tears to many eyes.

“Melania has developed a similar technique of using a kind, maternal tone but without using much variation.”

As well as using speech techniques, the expert claimed these were emphasised with their movements. 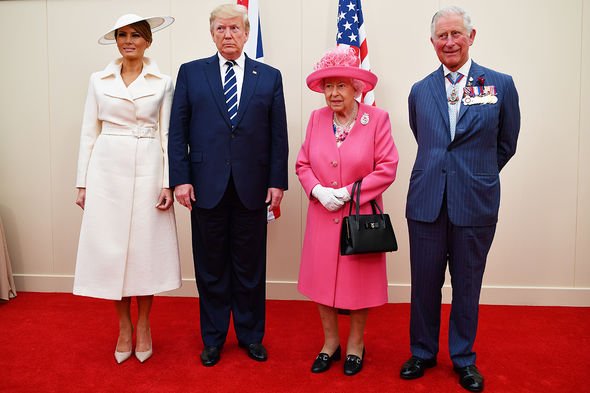 Judi added: “The most recent address to the nation from the Queen showed her sitting bolt upright with her hands on her lap, using no gesticulation as she spoke.

“Melania’s appearance here involves a very similar stillness. She also sits bolt upright and the only use of her hands is to pick up the book.

“Her messages come from a state of non-verbal stillness like the Queen’s and the aims of stiff-upper-lip continuity might be similar.”