All aboard! Meghan Markle donned £995 naval-themed dress by Kate Middleton’s favourite designer Emilia Wickstead for BBQ with Prince Harry and Archie – days before she is due to travel to the UK for Queen’s Jubilee

The Duchess of Sussex donned a naval-themed dress by Kate Middleton’s favourite designer Emilia Wickstead as she attended a BBQ over the weekend with the Duke.

Meghan Markle, 40, has been on hand to support her husband Prince Harry, 37, and his polo team, Los Padres, at the Santa Barbara Polo & Racquet Club in recent weeks.

Over the weekend, her friend Delfina Blaquier, who is married to the Duke’s close friend and polo teammate Nacho Figueras, shared a snap of the couple and their son Archie at a BBQ on her Instagram page.

In the shot, the Duchess can be seen wearing the £995 dress by Emilia Wickstead, who is a favourite designer of the Duchess of Cambridge, 40.

The fit and flare sleeveless dress falls just above the ankle and features a nautical themed print.

‘The signature silhouette is prescribed with a high neck and fitted bodice before flaring into an A-line skirt with concealed pockets.’

In the photograph, the Duchess had swept her long black hair into a ponytail, and appeared to be barefoot in the grass. 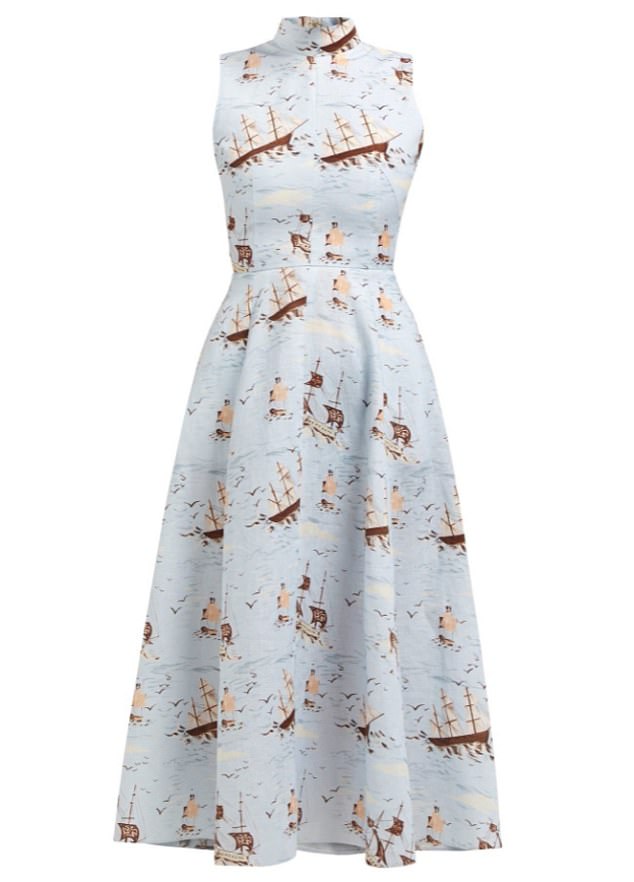 Meanwhile Prince Harry, who was also barefoot in the snap, stood next to her in a white polo shirt and green cargo shorts.

A young child which appeared to be their son Archie could be seen a short distance from the couple with his back to the camera.

The tot, who turned three this year, was wearing a white shirt, with a mop of brown hair on show.

The appearance from the couple comes as they prepare to make their first trip to the UK with their children Archie and Lilibet. 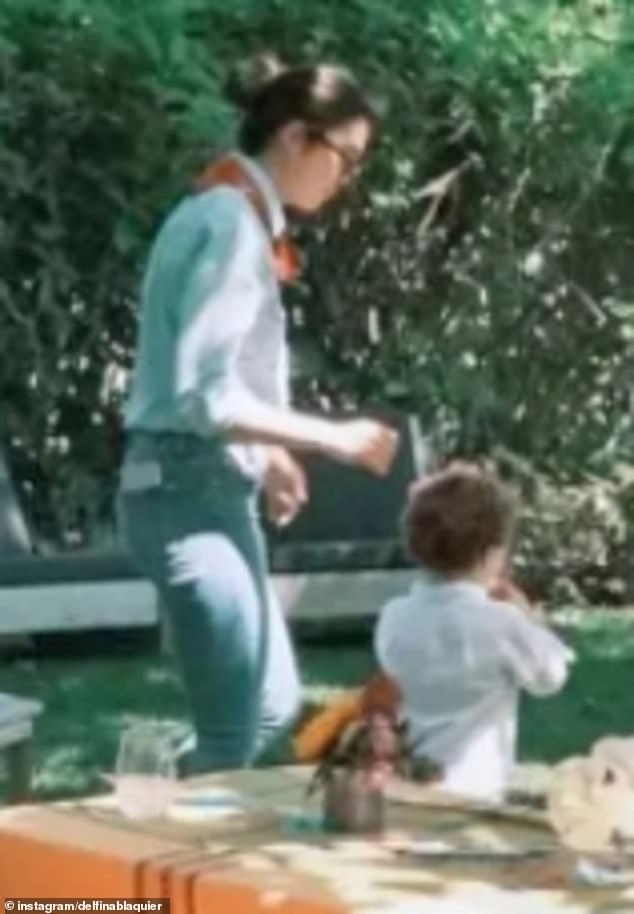 In the background of the snap is a toddler, who appeared to be the couple’s eldest child Archie Harrison

The Queen will meet Lilibet for the first time at the soon-to-be one-year-old’s birthday party during Jubilee celebrations.

The 96-year-old monarch, who Lilibet is named after, is likely to miss her favourite sporting event, the Derby horse races at Epsom, for the little one’s birthday.

Since she was born on 4 June 2021, parents Prince Harry and Meghan have only been to the UK once, in a fleeting visit where they made a detour to see Her Majesty while on their way to the Invictus Games in The Hague in April.

Her first birthday is set to be celebrated at Frogmore Cottage next Saturday, just a stone’s throw away from Windsor Castle. Princess Eugenie and her family have vacated the Cottage ahead of their arrival.

The Queen will meet the Duke and Duchess of Sussex’s daughter Lilibet, pictured right, for the first time at the soon-to-be one-year-old’s birthday party during Jubilee celebrations next weekend. Archie is pictured left with Prince Harry

Earlier this week, the Duke and Duchess of Sussex told the Queen that they will keep a low profile during the Platinum Jubilee celebrations next weekend and will only take part in official engagements after the Monarch ‘ordered the family to come together’ with ‘no dramas’ to overshadow the events.

Harry and Meghan will reportedly take part in the service of thanksgiving at St Paul’s Cathedral on Friday 3 June after Trooping the Colour on Thursday 2 June – but will not appear on the Buckingham Palace balcony with senior working members of the Royal family. Prince Andrew will also not make an appearance on the balcony.

Organisers of the Jubilee are said to be ‘frustrated’ over a ‘lack of clarity’ in regard to where the Sussexes will be appearing and when, according to The Telegraph.

They said they have fears that the novelty of the Duke and Duchess of Sussex being back in Britain for the huge 70th Jubilee celebrations will ‘overshadow’ the Queen’s special weekend. 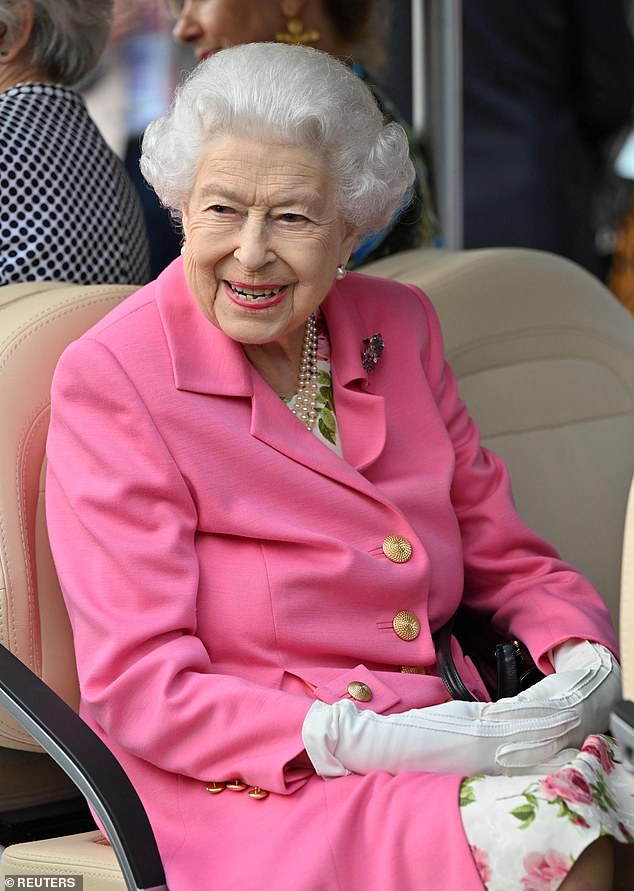