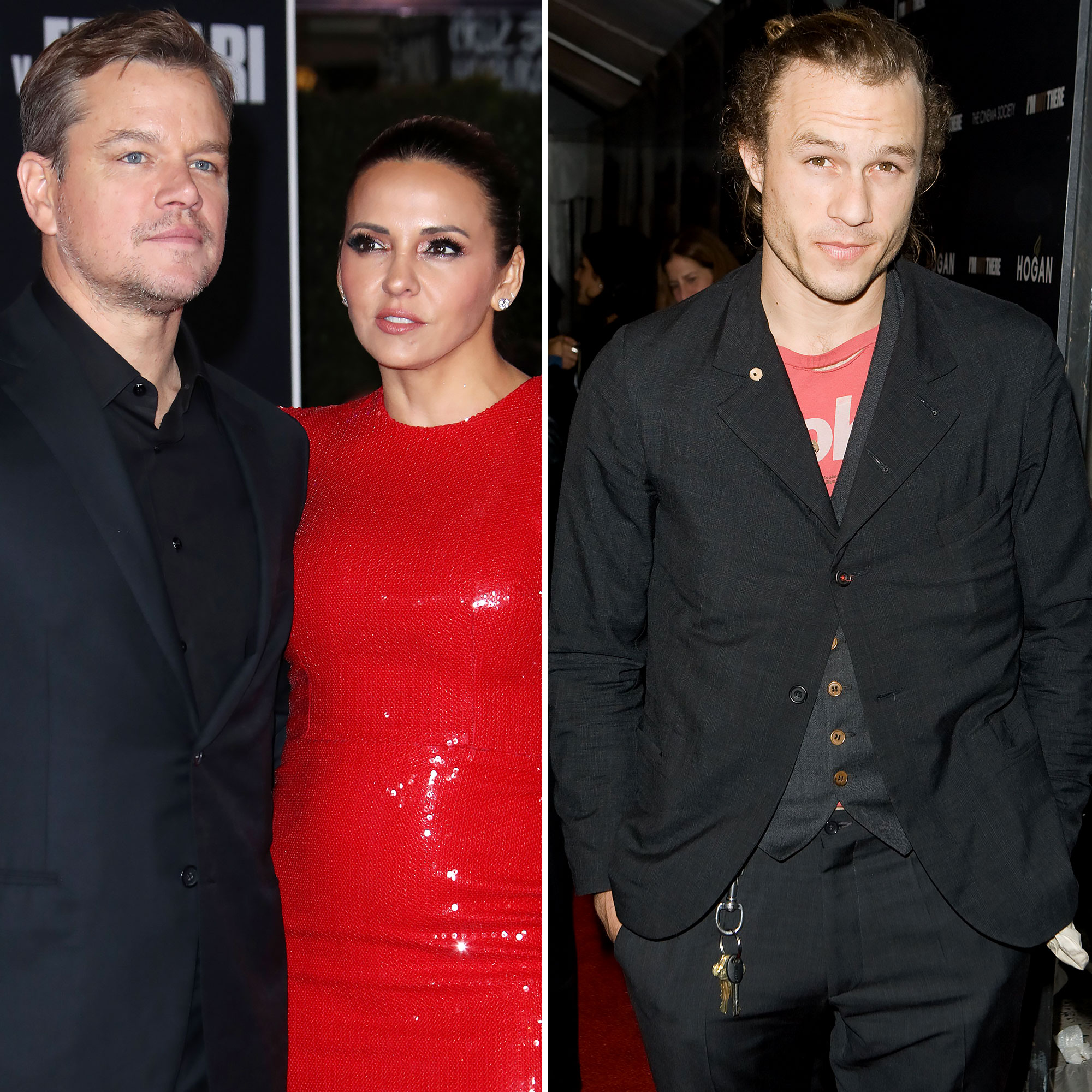 Ink of honor! Matt Damon and his wife, Lucy [Luciana Barroso], paid tribute to their late friend Heath Ledger, who passed away in 2008, with a “little creative blessing” of a tattoo design.

Matt Damon and Ben Affleck’s Bromance Through the Years

The 50-year-old Good Will Hunting star has a handful of tattoos in his collection, but his first ink of all time was the result of his wife’s spontaneity.

“She just announced it. We were in our apartment in Manhattan and she was like, ‘We’re getting tattoos.’ I was like, ‘Okay,’” he shared in a Wednesday, September 8, interview with GQ.

When it came to getting his permanent design though, the actor wanted to pay a visit to Scott Campbell, a New York-based artist who worked with Ledger. “I told him if I ever got a tattoo he was my first phone call,” Damon added.

So, after getting “Lucy” freehanded, he got a “strange loopy line heading up toward his shoulder.”

“That’s something that Heath had on his arm. Heath was an incredibly restless, creative person,” the Jason Bourne star said. “Like, I talked to the person who did his hair on The Patriot and she said he hated sitting still so much ‘that by the time I got the wig on and I set it and everything, and I’d finished, he’d get up and there would be a sculpture of bobby pins that he’d done.’”

See All the Celebs Who Got Tribute Tattoos for Love: Photos

Damon continued: “This stuff just flowed out of him. He was really special. I just wanted to get something that Heath had. Scott showed me his laptop and I said, ‘Scott, what’s that one?’ And he goes, ‘I have no idea — I think that’s just some shit that Heath squiggled.’ And I went, ‘That’s the one I want.’”

The actor wasn’t the only one to get the ink — Lucy got the same design on her foot. “It’s like a little creative little blessing. It’s like an angel that looks over all these names that are on the arm.” (Damon has the names of his four daughters — Alexia, Isabella, Gia and Stella — on his arm.)

Too Cute! Kourtney Kardashian and Penelope Get Matching Temporary Tattoos

The late Brokeback Mountain actor, who passed away at the age of 28 from an accidental overdose, starred alongside Damon in The Brothers Grim.

“There were things that he did where I couldn’t have got there in three lifetimes,” Damon told GQ in 2016, reflecting on Ledger’s death. “And there were ways in which he was like a puppy dog. You wanted to protect him.”

He added: “[His death was] just f—king pointless.”