MANCHESTER UNITED are in a strong position to win the Premier League title with Bruno Fernandes in the heart of their midfield, according to Paul Scholes.

The Portuguese midfielder has been United's main man since joining them from Sporting Lisbon last January. 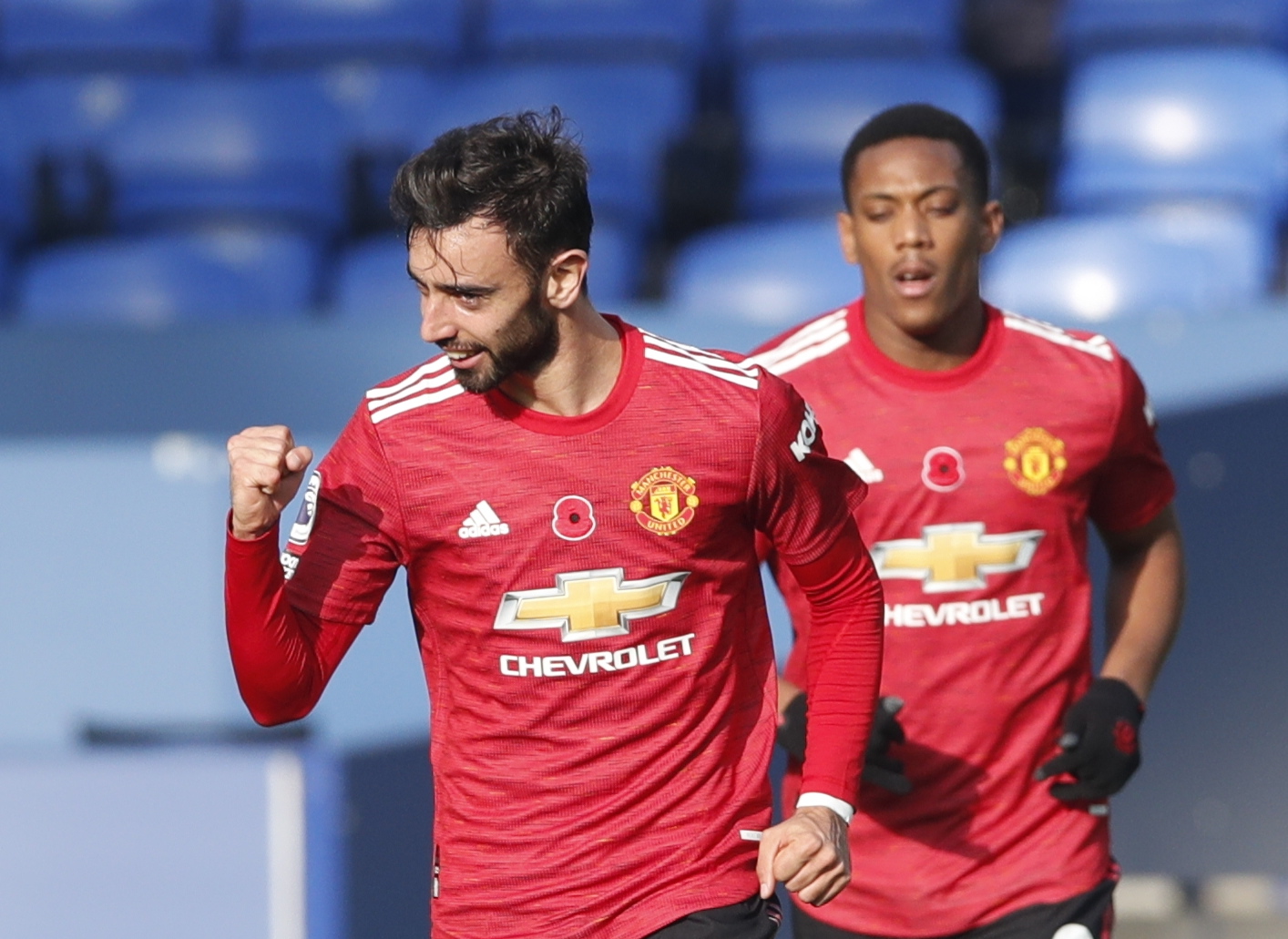 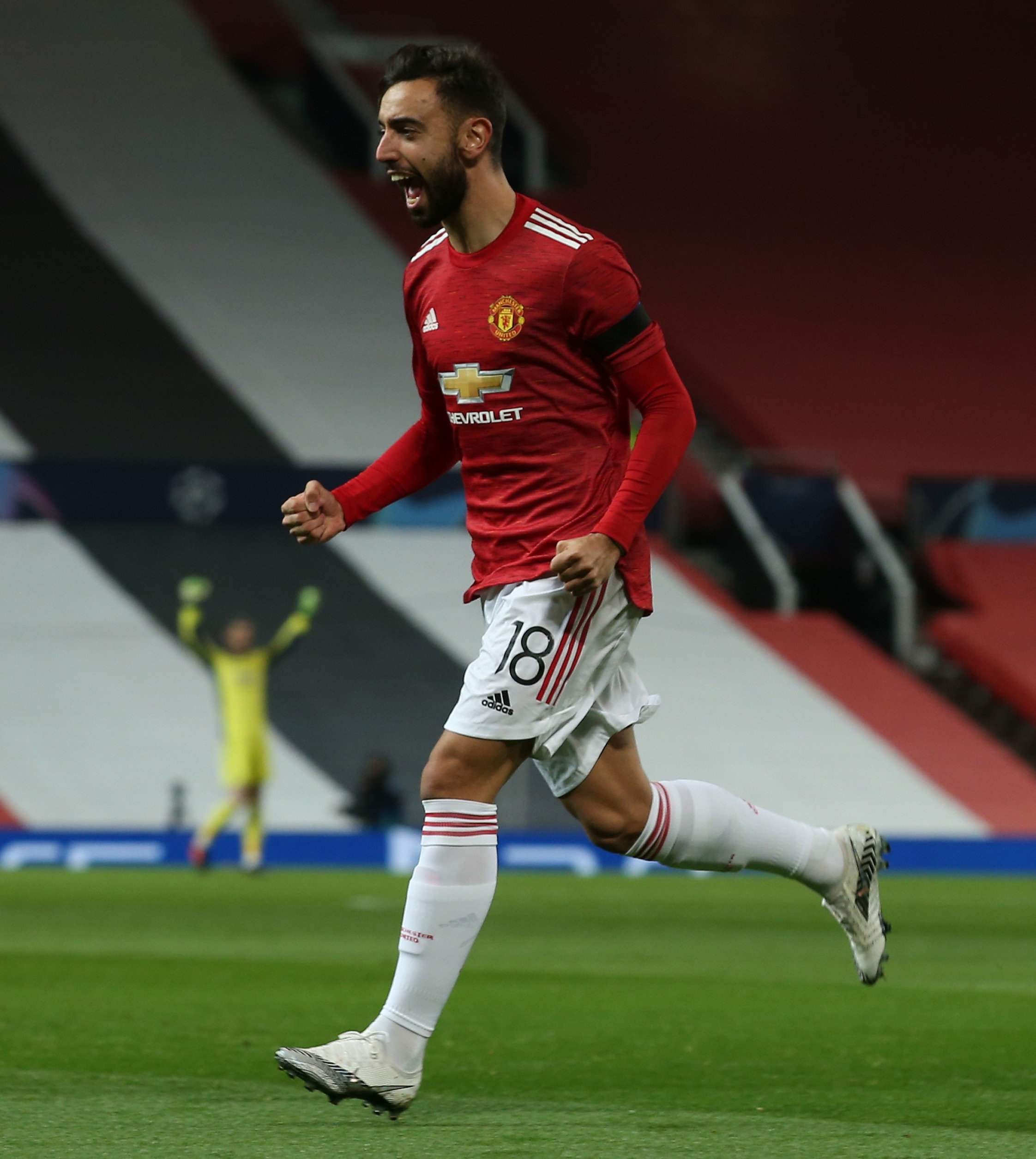 In 45 appearances for the Red Devils, Fernandes has scored 23 goals and provided 14 assists.

Fernandes' range of passing and ability to carry the ball has been a breath of fresh air for United fans, many of whom were crying out for the addition of a creative player before his arrival.

Former United midfielder Scholes has been thoroughly impressed by what he's seen of Fernandes in his 11 months at the Theatre of Dreams and reckons his old side could end up lifting the Premier League trophy at the end of the season if the Portugal international continues to fire on all cylinders.

When asked if he thinks United can catch their bitter rivals – who currently top the Premier League table – Scholes said: "Yeah you have to think so and at times tonight they were fantastic.

"Ole [Gunnar Solskjaer] this year I think he’s changed formation a lot of times, changed personnel a lot. We spoke before about those five games last season where they didn’t change the team, it was virtually this team tonight apart from the left-back and the goalkeeper, it was a 4-2-3-1, it really suited them.

"I was excited for this season, it’s not quite worked out as I would have expected, but now I think he’s finally found the right way of playing.

"That two in midfield is the only position I’d think about changing every now and again, that [Nemanja] Matic one.

"He’s got Fred, he’s got [Scott] McTominay, he can do that. I thought Paul Pogba was fantastic tonight in that position and it’s a formation that really suits the team.

"Fernandes in that No.10 role feeding Martial, Rashford and [Mason] Greenwood – how exciting is that? Three of the best, quickest finishers around Europe when they get chances.

"I think the biggest problem is getting possession of the ball with them two [midfielders], getting control of the game. Pogba and Matic need to control the game if Fernandes is going to be involved.

"Once them two get control of the game United are off and flying. And it helps the centre-halves as well. I think if they can keep nine or 10 players fit for the next 26 games – which I know is a big ask – I think they’ll be there or thereabouts.

"We did see a slight drop-off in performance when two or three subs came on, so that tells me there are probably 12 or 13 players that are good enough, keeping them fit is going to be difficult.

"But I think tonight they’ve found a real way of playing, an exciting way of playing. Twenty-six games, they might be thereabouts."

He added: "Some of the passing and movement was sensational. The front four players were brilliant. Bruno at times… you give him time on the ball, he’s going to destroy teams."

Fernandes and his Manchester United team-mates will be back in action on Sunday evening, welcoming Leeds to Old Trafford.

Related posts:
Chelsea new-boy Kai Havertz ‘looking like Mesut Ozil’ after tough start to life in England, claims Arsenal legend Merson
MAC is back! Legendary cartoonist once again to join Mail on Sunday
Popular News
Israel gave me a COVID-19 vaccine before the US got to my elderly parents
23/01/2021
Man Utd wonderkid Ramon Calliste, called ‘the next Giggs’, now owns luxury watch business and makes £5m a year – The Sun
26/03/2020
Megan Thee Stallion Addresses Criticism Over Twerking: ‘I Love to Shake My A**’
26/03/2020
Police guard shops to stop coronavirus panic-buyers and enforce social distancing – The Sun
26/03/2020
Coronavirus: Good Morning Britain’s Dr Hilary reveals ‘game-changing’ self-testing kit
26/03/2020
Recent Posts
This website uses cookies to improve your user experience and to provide you with advertisements that are relevant to your interests. By continuing to browse the site you are agreeing to our use of cookies.Ok