“Sulwe,” written by Nyong’o and illustrated by Vashti Harrison, centers around a young girl whose complexion is darker than that of everyone in her family. The book demonstrates the effects colorism has on dark-skinned girls and follows Sulwe’s journey to realizing both her outer and inner beauty.

The Oscar-winning actor, who has often been outspoken about colorism and how it’s rooted in racism and white supremacy, said in a statement on Thursday that the story of Sulwe is close to her heart. 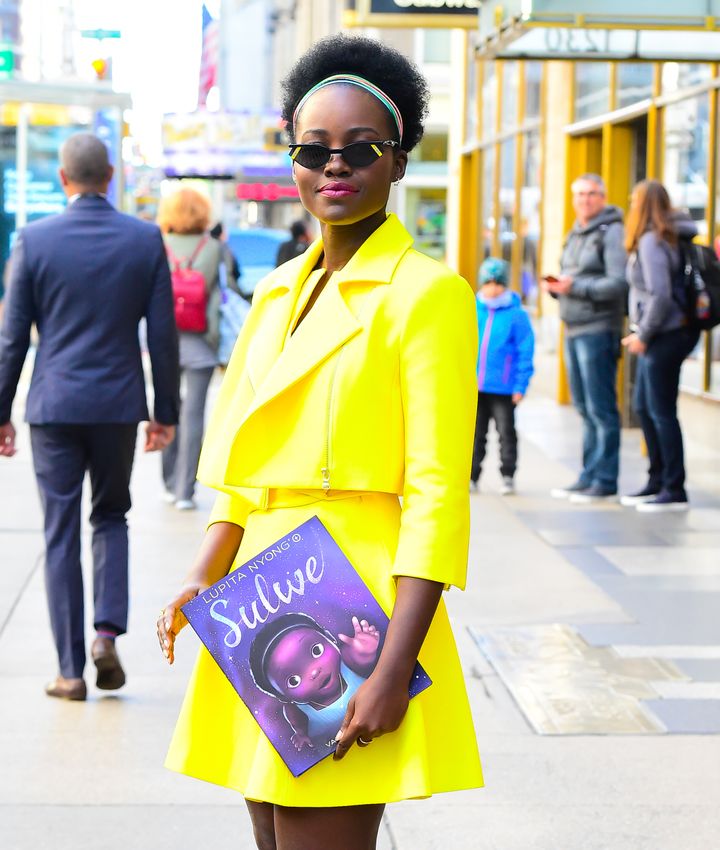 “Growing up, I was uncomfortable in my dark skin,” she said. “I rarely saw anyone who looked like me in the aspirational pages of books and magazines, or even on TV. It was a long journey for me to arrive at self-love.”

She continued, “Sulwe is a mirror for dark-skinned children to see themselves, a window for those who may not be familiar with colorism, to have understanding and empathy, and an invitation for all who feel different and unseen to recognize their innate beauty and value.”

During an interview with Glamour in 2014, Nyong’o ― who was born in Mexico to Kenyan parents and who primarily grew up in Kenya ― discussed what it was like as a child seeing messages on TV that promoted lighter skin complexions as being superior.

“I remember seeing a commercial where a woman goes for an interview and doesn’t get the job. Then she puts a cream on her face to lighten her skin, and she gets the job! This is the message: that dark skin is unacceptable,” Nyong’o said.

The “Us” actor also said in that interview that “European standards of beauty are something that plague the entire world,” noting that Africa was not exempt from dealing with those long-standing societal issues.

Nyong’o celebrated the Netflix announcement on Twitter Thursday, writing that she was “excited for this next adventure.”