An army Corporal turned personal trainer has beaten Joe Wicks as the most popular fitness YouTuber, according to a new study by Ofcom.

Lucy Wyndham-Read, 49, from Surrey, has quietly racked up more than 58 million views on her YouTube channel in lockdown, making it the most popular fitness channel in the UK. 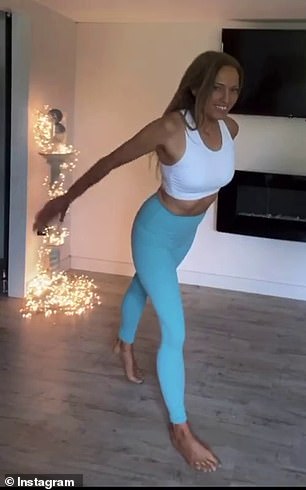 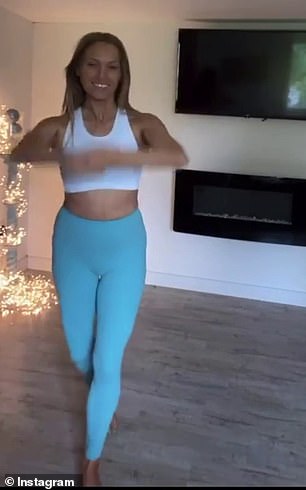 Lucy Wyndham-Read, 49, from Surrey, has quietly racked up more than 17 million views on her most popular workout video since the start of lockdown. She is pictured working out 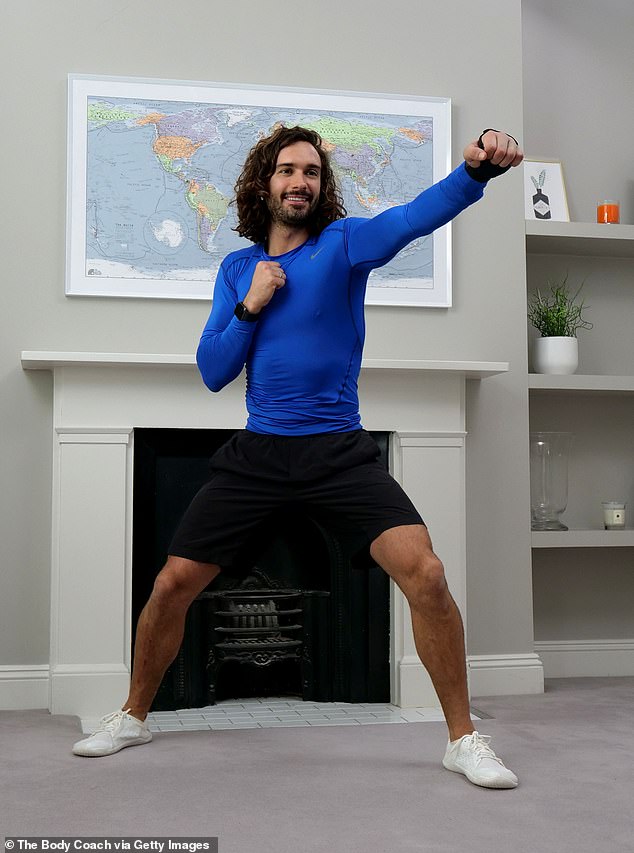 Joe Wicks raised £580,000 for the NHS through his ‘PE lessons’ in lockdown which saw millions of parents joint their children who were off school tune in to get active. He is pictured working out in his living room

The influencer’s most watched video is a seven minute workout to lose belly fat, which has more than 75 million views, 17 million of which were added in lockdown.

In total, she has nearly 200 million views across her videos, which are aimed for all abilities.

Lucy posted her first YouTube video in 2012 and said she felt lucky if she got ’10 views’.

‘I remember uploading the seven minute workout – I thought it was a good workout but it was just another standard video and never, ever could I have imagined this. Then I started noticing “wow, that’s getting a lot more views”. And then it just went viral.’

‘No one knows me – and everyone knows Joe Wicks. But people started to find my workouts, got great results and it’s been word of mouth,’ she told the Sunday Telegraph. 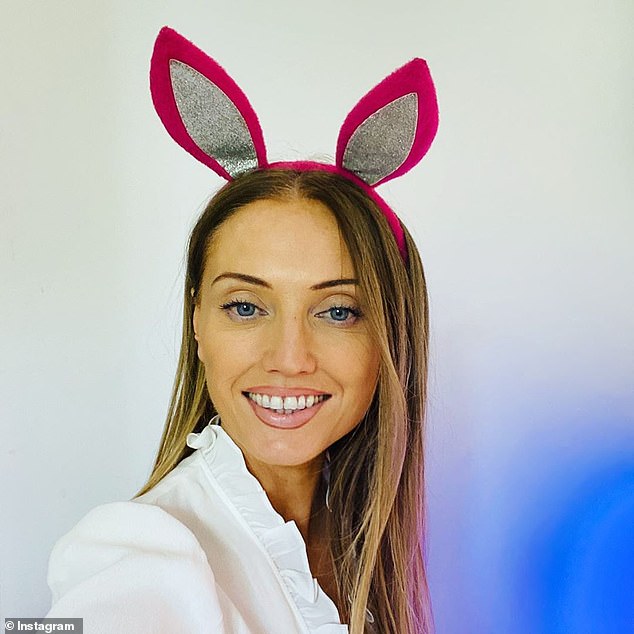 The influencer’s most watched video is a seven minute workout to lose belly fat, and has more than 75 million views, while she has nearly 200 million views in total. She is pictured  wearing bunny ears

How Lucy became the most popular fitness YouTuber in lockdown

According to OfCom’s Media Nation’s report, which was released this week, fitness videos have been watched by 12 per cent of British adults since the country went into lockdown in March.

The report states: ‘The most-watched British fitness channel, with 58 million views, is hosted by Lucy Wyndham-Read, who is best known for her seven-minute workouts.

‘P.E. with Joe Wicks was the ninth most popular workout video, with total global views of 6.6 million.

‘Other content categories that have gained viewership globally during the pandemic, although not necessarily on TV screens, include: cooking videos (+45% from the same time period last year); videos related to sourdough bread (+400% from January to May); and home workout videos (+200% in March compared to the rest of 2020).

Joe Wicks – also known as The Body Coach – raised £580,000 for the NHS through his ‘PE lessons’ in lockdown which saw millions of parents joint their children who were off school tune in to get active.

The workouts began March 22 for children stuck at home and lasted 18 weeks.

They finished last month, after Joe said he was ‘taking a little break’.

He wrote on Instagram at the time: ‘Never did I imagine families all over the world would come together to take part.

He added that it was his ‘proudest achievement.’ 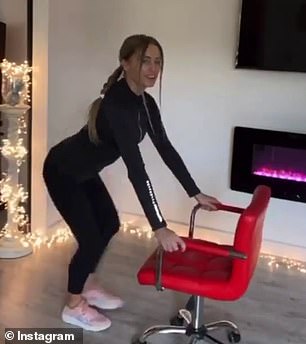 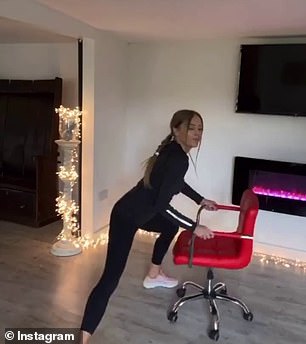 Lucy posted her first YouTube video in 2012 and said she felt lucky if she got ’10 views’. Now she has 1.4million followers on YouTube, as well as a further 187 thousands on Instagram. She is pictured working

Lucy added to the Telegraph that she was bullied at school and didn’t take fitness seriously until she joined the army, aged 18.

In 1990, her army career began with 12 weeks of boot camp at Aldershot, Hampshire, where she was then stationed and trained as a dental nurse.

A year before, her fiancé Mike had also joined the Army. The pair had met when she was 15 and he proposed on her 18th birthday, not long before she signed up to the military.

She stayed in the military for three years, before leaving aged 21, following tragedy. 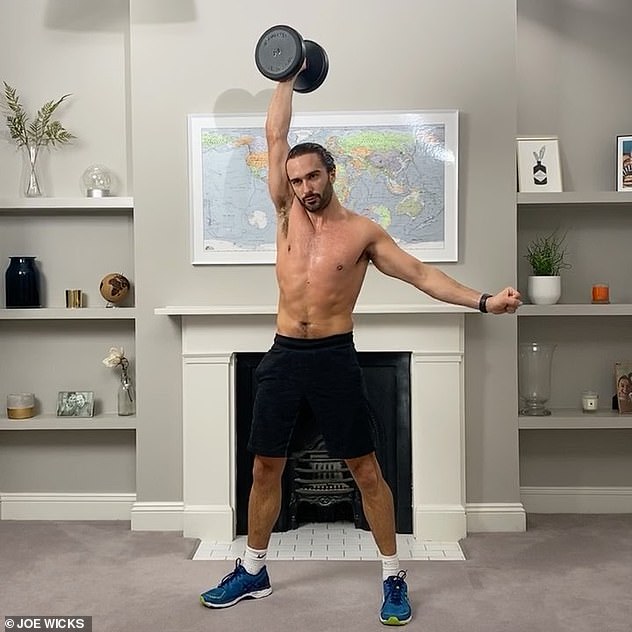 Lockdown star: The Body Coach has raised £580,000 for the NHS through his daily online workouts 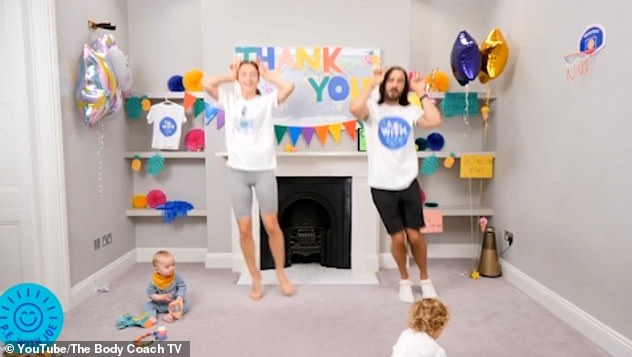 Joe said he would ‘have a little break’ but ‘will be doing more live work’ later. He is pictured with his wife Rosie and their children in the final video

In 1992, Mike was accidentally killed by a fellow soldier in barracks while playing a game, leaving her heartbroken and grieving.

‘I was woken at 3am by a corporal telling me I had to get up immediately. I followed him, sick with fear – I knew whatever had happened wasn’t going to be good news,’ she told You Magazine last year.

Lucy then retrained as personal trainer and twenty years later she started her YouTube channel – which is inclusive of all fitness levels.

‘My philosophy is that it’s got to be do-able, because I don’t want people to do it for three weeks and then stop. I want it to become their lifestyle. It’s got to be something they’re going to wake up every day and want to do,’ she added to the Telegraph. 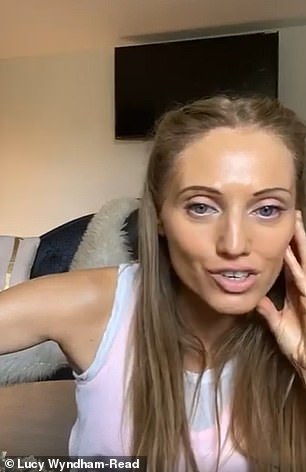 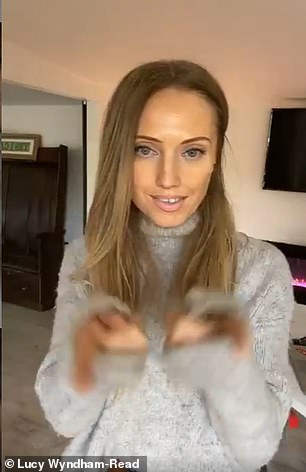 Lucy, pictured, who now has a popular YouTube channel was struck by tragedy when her fiance died when she was just 21. Lucy then retrained as personal trainer and twenty years later she started her YouTube channel – which is aimed to work for all abilities. 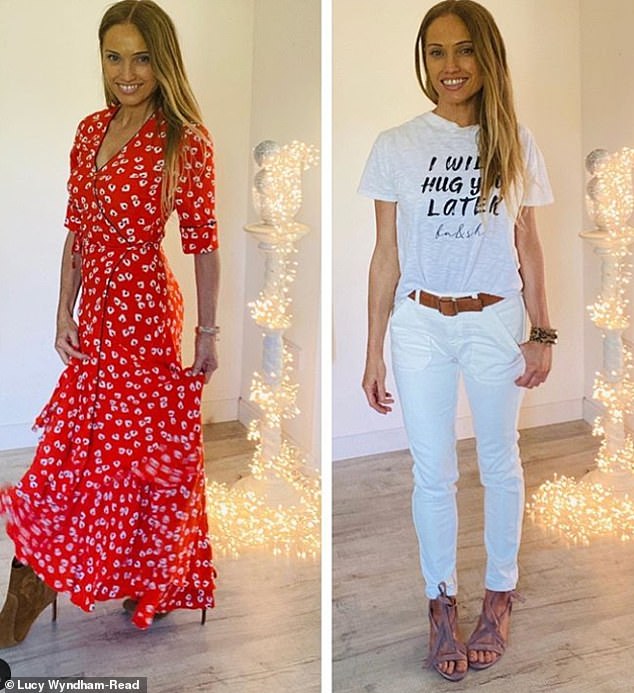 Lucy says she wants her workouts to be something people ‘wake up everyday and want to do’. She is pictured showing off her favourite outfits on Instagram