The 17-year-old is expected to join Barry Lewtas' Under-23 side at first but has impressed first-team boss Jurgen Klopp. 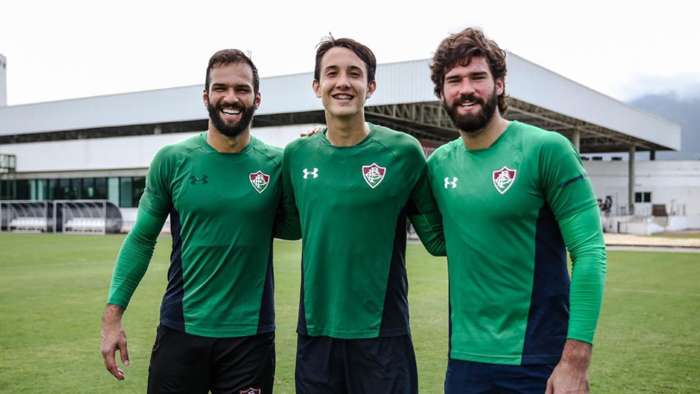 Goal claims the Reds have agreed a deal for the teenage stopper which could rise to £2million.

Fluminense will also be entitled to 25 per cent of any future sale.

It is understood the deal will be structured as an initial fee of £700,000 with performce-related bonuses of up to £1.2million.

As Pitaluga holds a German passport, he is able to make the move to Merseyside before he turns 18 in December.

The youngster shared a picture of himself at Rio de Janeiro Airport over the weekend captioned: "You'll Never Walk Alone."

Pitaluga was part of the Brazil squad which won the U17 World Cup on home soil last year.

He has been on Fluminense's books since the age of seven.

In February, he was pictured alongside Liverpool No1 Alisson and hisbrother Muriel, who is Flumense's first-choice.

Pitaluga will compete with Caoimhin Kelleher for a spot in the Reds' Premier League 2 team, with 21-year-old Polish keeper Kamil Grabara likely to head out on loan.

Related posts:
Brexit: Boris Johnson rails against EU in push for new bill as Miliband hits back
A Georgia sheriff’s deputy was fired after he was filmed repeatedly punching a Black man during a traffic stop, authorities say
Popular News
Why Celine Dion isn’t a fan of Ellen Degeneres
22/09/2020
Man Utd wonderkid Ramon Calliste, called ‘the next Giggs’, now owns luxury watch business and makes £5m a year – The Sun
26/03/2020
Megan Thee Stallion Addresses Criticism Over Twerking: ‘I Love to Shake My A**’
26/03/2020
Police guard shops to stop coronavirus panic-buyers and enforce social distancing – The Sun
26/03/2020
Coronavirus: Good Morning Britain’s Dr Hilary reveals ‘game-changing’ self-testing kit
26/03/2020
Recent Posts
This website uses cookies to improve your user experience and to provide you with advertisements that are relevant to your interests. By continuing to browse the site you are agreeing to our use of cookies.Ok