Earlier this year, the NBA had to postpone its season indefinitely due to the spread of COVID-19. For months, many wondered if and when the NBA season would return. But by late July, the season was back in full swing, from Walt Disney World in Orlando, Florida.

LeBron James was one of the main players lobbying for the NBA’s return, and he was able to secure his 1st championship with the Los Angeles Lakers by the season’s end.

Although James loved every minute of getting back on the hardwood, he recently admitted that playing in the bubble was similar to visiting a haunted house for the time. 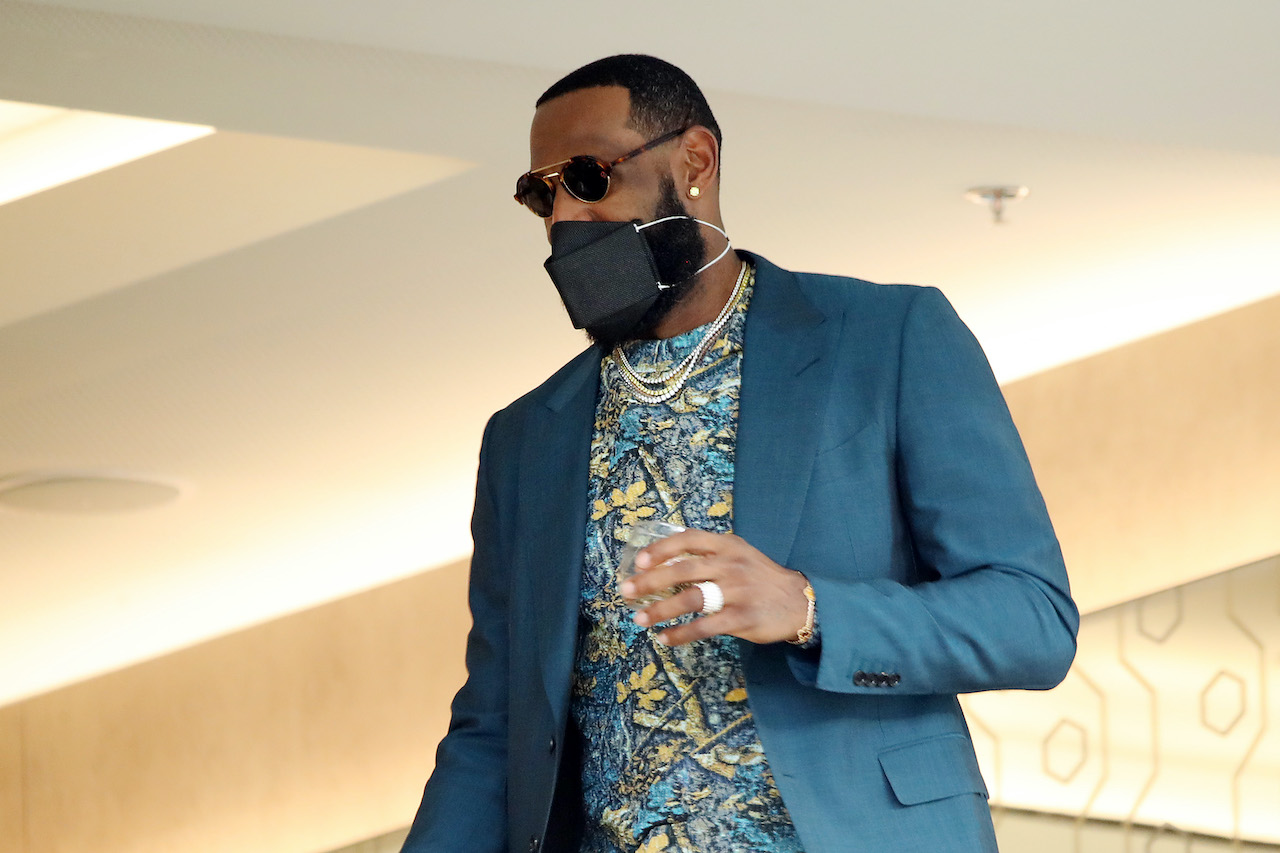 When the NBA season first resumed, players and fans didn’t know what to expect. There had never been a situation quite like the one the NBA found itself in, but commissioner Adam Silver worked hard to create a safe environment for players to compete again, called the NBA Bubble.

The bubble allowed teams to resume competition for the 2019-2020 season. Within it, players were not allowed to leave a predetermined area within the Disney World isolation zone, and all players were required to stay in the same hotel.

Although many were skeptical about how things would work out, the NBA was able to successfully continue their season and crown a champion.

James was a central figure in the NBA Bubble, with his Lakers team coming out as champions. As a lover of basketball, James was excited to be back on the floor, but the experience wasn’t glamorous. In a recent interview with Uninterrupted, he lamented his experience playing in isolation.

“Basketball, unbelievable,” James said. “I loved every part of the basketball, besides not having fans. …”

Although James enjoyed being able to compete again, it felt strange for him to be playing in front of no fans. The experience reminded him of his first time playing an organized basketball game as a kid in the AAU circuit.

“For the players, when you ran out there and all you heard was sneakers and basketball, it was like the first AAU tournament you ever played growing up.”

For James, his feelings went beyond just uncertainty. He also recalled feeling immense fear once he finally arrived in Orlando, comparing it to visiting a haunted house for the first time.

“It’s almost the same feeling as … [the] first time you go to a haunted house,” James said. “You get excited with your friends, your friends are telling you how great it is, and you get juiced up … You really don’t realize how scary that s— is until you get inside of that haunted house, and that’s what I compare to the bubble.”

James truly had no idea what he was getting into. However, he was able to corral his teammates and bring home the Lakers’ 17th franchise championship.

Related posts:
Learn to Customize Your Canvas Chucks Using Heat Transfer
The Untold Truth Of Trading Spaces’ Paige Davis
Popular News
North Korean parliament prepares to approve nuclear weapons expansion
17/01/2021
Man Utd wonderkid Ramon Calliste, called ‘the next Giggs’, now owns luxury watch business and makes £5m a year – The Sun
26/03/2020
Megan Thee Stallion Addresses Criticism Over Twerking: ‘I Love to Shake My A**’
26/03/2020
Police guard shops to stop coronavirus panic-buyers and enforce social distancing – The Sun
26/03/2020
Coronavirus: Good Morning Britain’s Dr Hilary reveals ‘game-changing’ self-testing kit
26/03/2020
Recent Posts
This website uses cookies to improve your user experience and to provide you with advertisements that are relevant to your interests. By continuing to browse the site you are agreeing to our use of cookies.Ok