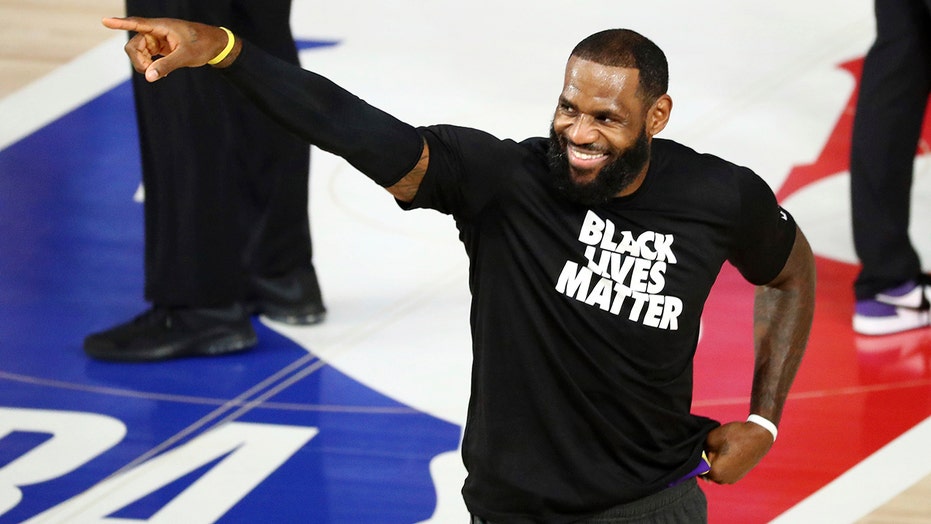 “Congrats and well deserved Sen. Kamala Harris!! Love to see and support it! Appreciate you JB,” he wrote.

James is not afraid to get into the political waters. The four-time MVP endorsed Hillary Clinton for president during the 2016 election and campaigned for her in Ohio while he was still with the Cleveland Cavaliers.

It’s unclear whether he will be campaigning for Biden in California, Ohio or any other state especially in the middle of the Lakers’ playoff push and his pursuit of a fourth ring.

Biden named Harris his running mate Tuesday. He said in an email to supporters that Harris “is the best person to help me take this fight to Donald Trump and Mike Pence and then to lead this nation starting in January 2021.”

Harris said she was “honored” to be nominated.

“@JoeBiden can unify the American people because he’s spent his life fighting for us,” the Democratic senator from California tweeted. “And as president, he’ll build an America that lives up to our ideals.”

She added: “I’m honored to join him as our party’s nominee for Vice President, and do what it takes to make him our Commander-in-Chief.”