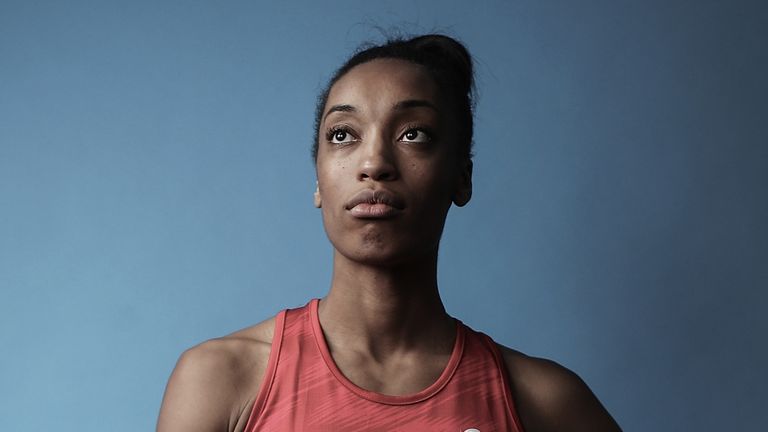 Layla Guscoth’s journey back after her Achilles nightmare at the Netball World Cup almost saw her step onto court with the Adelaide Thunderbirds, however coronavirus “changed everything” and now she is back working as a doctor at Queen Elizabeth Hospital in Birmingham.

The images of Guscoth leaving the court in Liverpool last year, with just three minutes and 47 seconds left of England’s group match against Scotland, were difficult to watch.

With her medical background the defender knew instantly that she had ruptured her Achilles and that her home tournament was over. After missing the Commonwealth Games in 2018 to complete her medical training, having this major competition taken away from her was a cruel blow.

She remained with the side for the duration of the competition though – proudly singing the national anthem in an air-boot and living every moment with her Roses team-mates.

Quite moving watching Layla Guscoth sing the anthem in a moon boot with her World Cup over. @NetballWorldCup @SkyNetball o pic.twitter.com/T8Qc8cmGPr

Since that point, Guscoth has gone through the painstaking and meticulous process of rehabilitation. When Sky Sports last caught up with her just before Christmas, she was a few weeks away from running and her progress continued positively.

“I’ve been running, changing direction, jumping and doing all of these things. It’s much, much better,” Guscoth said of her injury.

“I went back to Australia about a month ago. I was just finishing off the last stages of changing direction, introducing a ball and that kind of thing. Then I was mean to be back and training with the team on court, this week or next actually.

“But, then coronavirus happened, and everything changed.”

Dr. Defender @lay_gus – our hero, on and off the court 🩺💗 Shoutout to all the incredible medical staff out there fighting #covid19 ❤️ Repost: @bethcobs1 #fiercetogether #stayhome

A post shared by Adelaide Thunderbirds (@adelaidethunderbirds) on Mar 31, 2020 at 8:32pm PDT

Dr. Defender @lay_gus – our hero, on and off the court 🩺💗 Shoutout to all the incredible medical staff out there fighting #covid19 ❤️ Repost: @bethcobs1 #fiercetogether #stayhome

A post shared by Adelaide Thunderbirds (@adelaidethunderbirds) on Mar 31, 2020 at 8:32pm PDT

‘Half doctor, half netballer’ are the words housed within Guscoth’s biography on Twitter. As the severity of the global pandemic unfolded, she quickly realised from her netball home in Adelaide that she wanted to do whatever she could to help.

The result was her crossing the globe again, returning to England and going straight back to the Queen Elizabeth Hospital where she had worked previously.

“It’s a tertiary referral centre so it’s got quite a lot of specialities that run out of it and it’s got an absolutely massive intensive care unit. It’s a big hospital. It’s not like a small district general hospital, it’s a big one,” Guscoth said.

“From the consultants down to the most junior doctors, everyone is working as a big team and trying to support each other. Morale does seem really high at the moment.

“There’s an understanding that it is a really difficult time and people are anxious, people are worried, but people are prepared for whatever is coming ahead.” 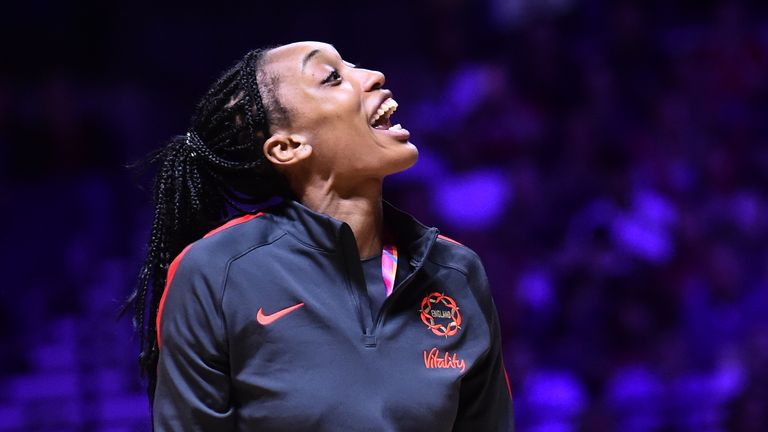 The Clap for Carers and initatives like that… I don’t think that anyone does this job for appreciation at all. But, knowing that people care and are thinking about us all makes a really huge difference. I’ve got some colleagues who have been here since the start of it all and say that it’s great to hear. It’s great to just know that people care.

Guscoth’s role within the Queen Elizabeth Hospital is on the medical wards, where she is exposed to COVID-19 positive patients, and as a result she’s taken a decision to relocate.

“I’ve moved out of my family home and I’m living with other doctors at the moment,” she said.

“My parents are fit and well, which is good, but knowing that you’ll be exposed to things on a daily basis, it’s not something that you really want to take home.

“I’ve got a fair few colleagues who have children or family members and elderly relatives that they don’t want to be around. So they’ve either moved into hotels or moved in with other people.”

Every member of Guscoth’s new household works in a different hospital across the city of Birmingham. As a result they’re all encountering new experiences and supporting each other as much as they can, despite being on very different rotas.

Teamwork is at the heart of both of Guscoth’s careers and her sporting team-mates are doing all that they can to ensure that she has a strong support network around her too. 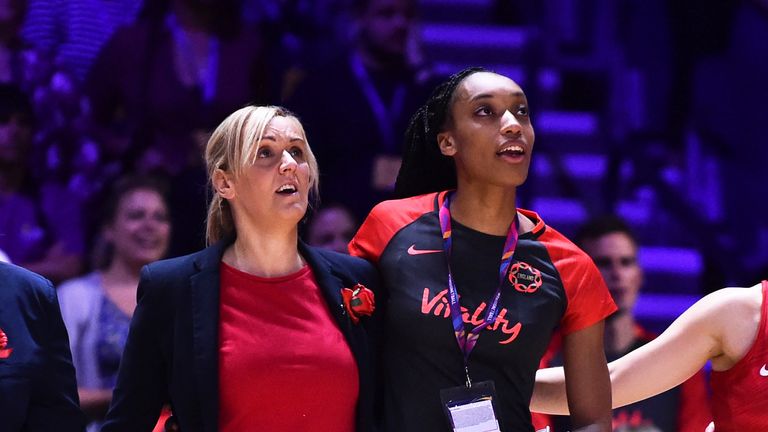 Layla has always been committed to both netball and her medical career. She is completely fearless and embraces everything that is thrown at her with amazing positivity, thus being a great character that everyone gravitates to. It’s no shock to us all that she is fronting up at this difficult time.

Juggling two careers is second-nature for this inspirational 28-year-old and having a sporting goal and training is something that Guscoth is grateful for.

“I’ve been in contact with the Thunderbirds and England Netball to see how I can keep on top of everything. I don’t want to lose the gains that I’ve made over the past few months.

“Obviously, it’s not the biggest priority right now but I do enjoy training and it’s something that gives me a lot of peace and clarity after difficult days.

“It’s quite an intense rota, but we get a few days off. It is a big motivation [not being far physically from playing] to keep training throughout this and knowing, hopefully, that’s there a bit of netball at the end.”

Guscoth’s positivity, fortitude and strength reinforces the incredible nature of those who are working on the frontline within the NHS.