Warning: This article contains spoilers for season 1 of Life & Beth.

While Laura Benanti may not be in as many scenes of Life & Beth as your heart desires, her character is at the center of absolutely everything that unfolds. The Tony-winning actress plays Jane, Beth’s mom in Amy Schumer’s new Hulu series Life & Beth, and from the off, Jane and Beth’s relationship seems strained at best. It’s a dynamic that will likely be familiar to many in the audience, evoked through a series of flashbacks and one biting seven-minute scene set in the present day. While much of the show focuses on the effect of Jane’s presence and actions on Beth’s life, both as a child and as an adult, Benanti’s performance as the vulnerable, searching Jane forces you to do more than consider the effect you can have as a parent — it forces you to also remember just how human the people who raised you are. And Benanti herself knows that can be the hardest thing in the world to face. 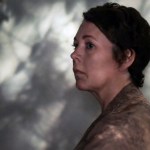 
20 Movies Directed by Women You Should Watch Right Now

“That kind of empathy brings you peace, because it’s easy to take other people’s bad behavior personally — or what we deem people’s bad behavior, or what you wish they had done differently. I’m sure that my daughter will one day be sitting in front of a therapist going, ‘Can you believe this bitch?’ I’ll be, like, ‘I was doing the best I could.’ It’s not nefarious there. There’s no ill intent. It’s not our parents going like, ‘I’m going to screw my kids up. This is going to be fun.’ It’s the ecstasy and agony of being a person in this world.”

As for Beth (Schumer) and her sister Annie (Susannah Flood), getting to that conclusion involves a long, winding journey. The two adult women confront their mother’s death, the memory of her, and Jane’s lasting impact on their lives throughout the series. But seeing the woman — her struggles and insecurities especially — behind her parental role becomes integral to their healing process, and it means just as much to Beth who confronts her own childhood traumas.

For Benanti, becoming a mom allowed her to play Jane with the empathy required to make her more than a therapy-session villain, but a woman who can be struggling, selfish, maternal, and insecure all at once.

Read on for our full conversation on Benanti’s collaboration with Amy Schumer and what Life & Beth has to say about mother-daughter relationships.

SK: The introduction to Jane is so rich. How did you approach playing her?

Laura Benanti: Amy and I had a lot of conversations about it. To me, Jane is a woman who really just wants to be loved and does not love herself. She doesn’t know how, and nobody taught her, so she can’t teach her daughters. She relies on external validation of mostly men to make her feel like she’s worthy of being a person. That is a really hard way to live. And I think we see that reflected in almost everything she’s saying.

Within that first scene, I just think it’s so beautifully drawn. It’s the tiny little details that Amy has put into it where you know their dynamic instantly. I think it’s like a seven-minute scene, but within that seven minutes, you’re like, “I’ve seen this entire relationship unfold.” 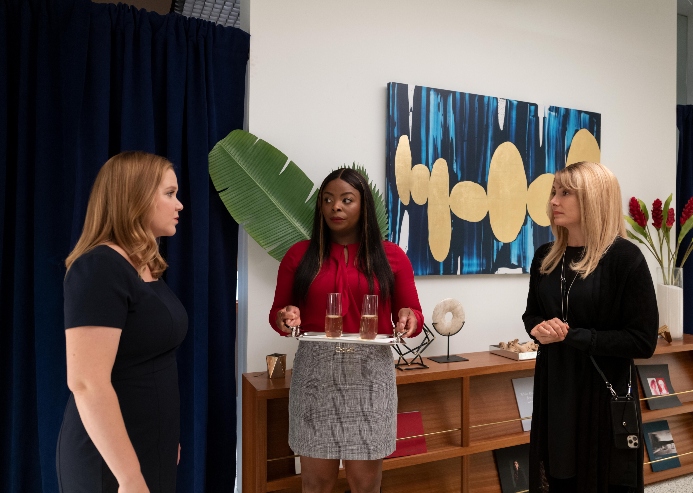 Then to be able to go to the flashbacks and see Beth as a child and my character, Jane, as a younger woman, you really understand how they became what they were in that first scene, and the sort of inadvertent damage that Jane did her daughters. Truly, I think it’s unintentional. I think she loved her daughters more than anything in the world and simply could not give them what she didn’t have. She didn’t have confidence, or a sense of agency, or sense of self. It was all based on survival, and how do you survive? You get a man to love you and that’s how you survive.

SK: Did the scenes with Violet Young help inform how Jane would interact with adult Beth?

LB: So, interestingly, that’s what I filmed first [the scene from the first episode]. Fortunately, I had read all of the other episodes and was able to sort of piece together the puzzle to bring it into that first scene. In a way, having shot that first was helpful in going back, because that scene was so specific, so nuanced. I think we were able to imbue the flashback scenes with some of the reasoning behind [the present-day scene in the first episode].

It’s hard for us to understand our parents because we’re children and we look at them simply as people [who are] here just for us. They’re not humans, they’re parents. What I think Amy’s done so brilliantly is she shows everyone as a human. There aren’t good guys and bad guys. Good people do bad things, and challenging people can be loving — that’s real life. That’s what I love about all of Amy’s work.

Her humor comes from truth; it is the laughter of recognition. And once she has opened your heart with that laughter, she’s like, “Boom! There’s the message.” And you can’t help but receive it. That’s what’s so beautiful to me about comedy in general. But what she does that feels so special to me, and the tone of the show, is that it’s not like, “And then here’s a joke!” You’re laughing because you’re moved or because you’re uncomfortable.

For me to have that first scene be my first day shooting was certainly a challenge. I felt nervous about it. But I’m glad that I did it, prior to the flashback scenes. It informed a lot of what we did later.

SK: Amy wears a lot of hats in this series — writing, acting, producing. What was your collaborative relationship like?

LB: Amy is one of the most collaborative people I’ve ever met. She is kind, she’s loving, she’s direct. She has a remarkable ability to make you feel like something was your idea, which is how we all work best, I think. It gives you a sense of ownership. There’s no shaming. She comes from a space of love. For me, working with her, it really was just about having real conversations about moments in our own lives.

And that’s the thing, too, about working with a friend and someone who knows you. They’re able to say, “Hey remember the time that this happened and you felt like this? It’s that.” And you’re like, “Got it.” That kind of shorthand is really helpful. I think that’s another reason, too, why you will see that this show is full of Amy’s friends. It is full of people who love Amy. 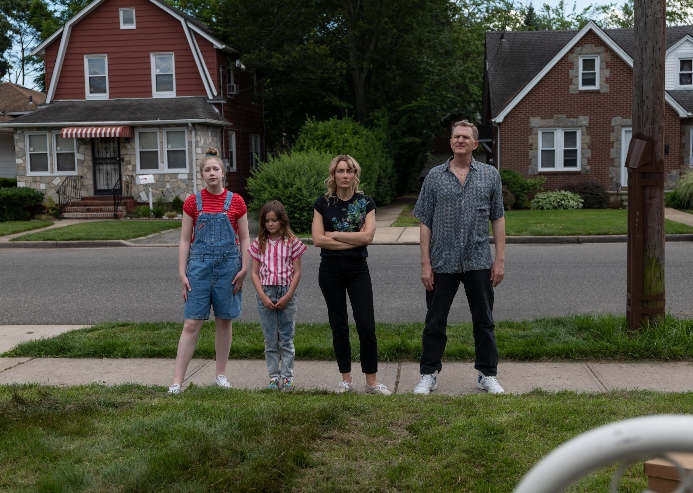 SK: What do you think Life & Beth says about mother-daughter relationships?

That kind of empathy brings you peace, because it’s easy to take other people’s bad behavior personally — or what we deem people’s bad behavior, or what you wish they had done differently. I’m sure that my daughter will one day be sitting in front of a therapist going, “Can you believe this bitch?” I’ll be, like, “I was doing the best I could.” It’s not nefarious there. There’s no ill intent. It’s not our parents going like, “I’m going to screw my kids up. This is going to be fun.” It’s the ecstasy and agony of being a person in this world.

To navigate that, to get to that beautiful moment at the end that makes me tear up, where you see [Beth] full of forgiveness, so full of understanding, that allows you to take in the love that was always meant for you. I think she ultimately knows that her parents loved her. They just weren’t always able to love her in a way that was meaningful to her. But that kind of space, that kind of time — growing up, becoming a grown-up — it just gives you that perspective.

SK: One of the most emotional moments in the show is when young Beth tells Jane she could’ve done better than Beth and Annie’s dad. What did having that moment in the script mean to you when you read it?

LB: [It was] extremely meaningful. I think [Jane] is really trying, really hard, to be a mother and be a person. I don’t think she really understood how to navigate the world as a grown-up. There’s something very infantilizing about Jane. She’s almost like a child herself. So to have moments like the pool where she’s holding young Beth in the pool and they’re moving together and it’s so beautiful, and then moments where [Jane’s] in bed and she’s sobbing and young Beth comes in and says something beautiful to her, and then a phone call comes in and it’s a man, and [Jane’s] like, “All right, get out of here.” 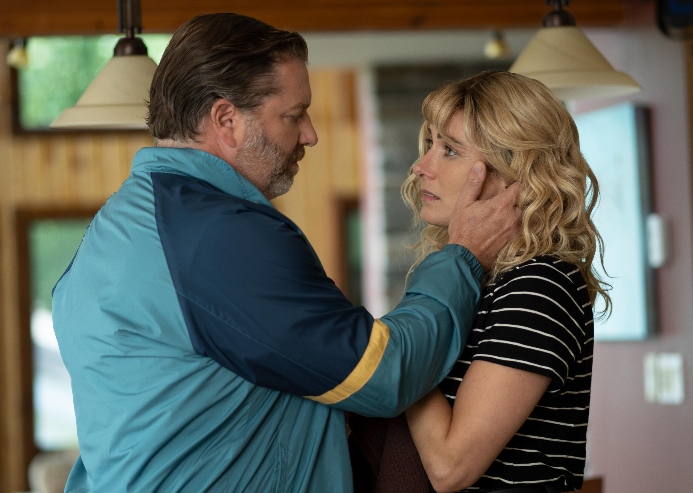 To have the polarity of that is so important within the structure of the show just to see the whiplash of it. That’s the sort of strike and stroke that, I think, can be so challenging in relationships like that. But I do think in that moment, where Beth says [Jane could’ve done better than Beth and Annie’s dad], it buoys her.

SK: It’s a real juxtaposition of the type of validation Jane has been searching for.

LB: Absolutely. What’s sad to me is that a comment like that from her own daughter doesn’t seem to make as much of an impact as a comment from a man she barely knows. To me, that is the sadness of Jane.

SK: You’ve conquered stage, TV, and movies — what are you looking forward to next?

LB: I’m so grateful that I get to do so many different things. When I was little, I just wanted to be Julie Andrews. I never was like, movies! TV! Of course, Julie Andrews did all of that. But I was like, I’m going to be a Broadway star. And then I got to be on Broadway so young, I remember when I was 18 years old. The idea that I get to do musicals and plays, and comedies and dramas, TV and movies, and albums — I feel so grateful for those opportunities.

I don’t have a wishlist (I probably should). I want to be able to tell stories like [Life & Beth] for the rest of my life. I want to have an Angela Lansbury career where I get to do it all. I’m acutely aware of how lucky I am that I’m able to do that.

Before you go, click here to see more movies that are honest about motherhood. 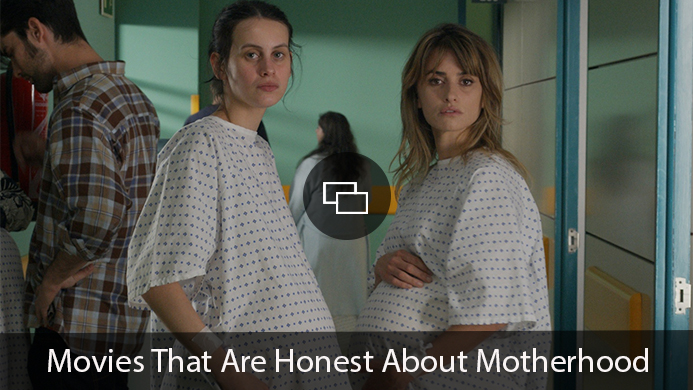