GREEK PM KYRIAKOS MITSOTAKIS: Boris Johnson knows he has a unique opportunity to end an injustice that weighs on all Greek hearts and finally return the Parthenon Sculptures

Only a handful of Britain’s past Prime Ministers have studied classics at university. Fewer still would ever have shouted about the influence of Ancient Greece on their political thinking. None, I suspect, cited an Athenian statesman from the 5th Century BC as one of their heroes.

And then came Boris Johnson. Ever the contrarian, Britain’s Prime Minister has done all three.

Classics at Oxford. An intuitive understanding of what classical civilisation has given to the modern world. A man who even owns a bust of Pericles, the hero in question.

More than most, Boris Johnson understands the unique bond that ties modernity to ancient history.

Which is why, when I met with him last week in Downing Street, he told me that he understood the strength of feeling among the Greek people when it comes to one of the few dividing lines between Greece and the UK: the future of the Parthenon Sculptures. 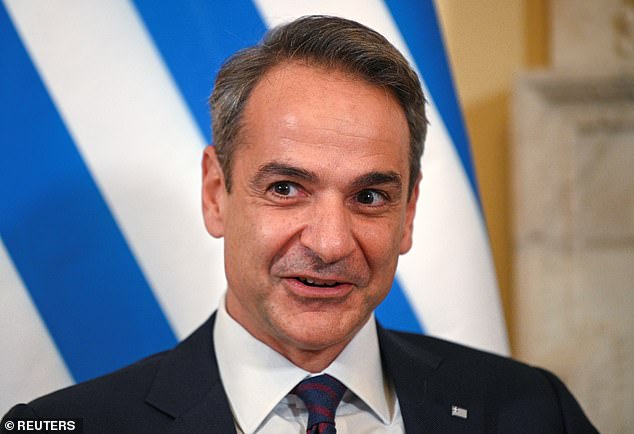 These marbles were fashioned by the classical Greek sculptor Phidias and take the form of a frieze that wrapped around the great temple. Most of that frieze is intact and remains in Athens. The part illegally removed by Lord Elgin, however, is locked away in the British Museum, 1,500 miles from its true home and dislocated from both the city and the world monument to which it rightfully belongs.

Spend a few minutes strolling through the beautiful glass-fronted third-floor gallery at the Acropolis museum in Athens, and it isn’t hard to understand the point I’m making.

The museum sits a few hundred yards south of the Parthenon itself and, for the majority of the sculptures, the museum is home. It is the one place on earth where you can properly admire the marbles in context, as you stand in front of 2,500 years of history and look across the panoramic vista towards the temple above.

It is the right place, the best place, and the only place in which it is possible to appreciate the cultural and historical importance of these sculptures in situ. And it is the beauty of precisely this alignment that makes the physical separation between the sculptures in London and the main collection in Athens such a gaping void. A void that is impossible to ignore. 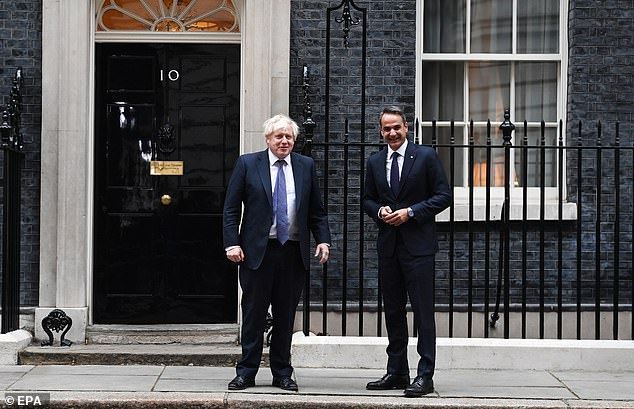 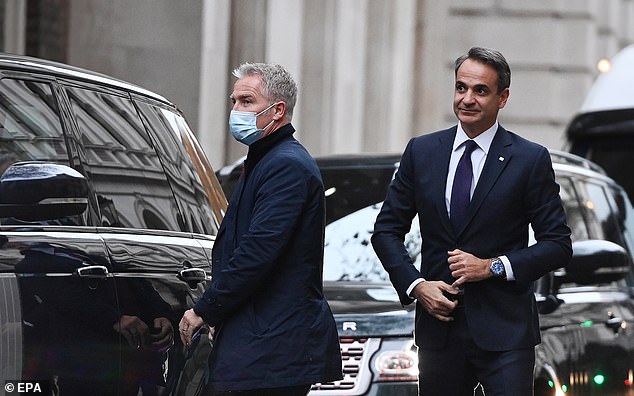 Mr Mitsotakis has offered to lend some of his country’s treasures, such as the Artemision Bronze to the UK in exchange for the return of the artefacts

The Parthenon Marbles, a collection of stone objects, inscriptions and sculptures, also known as the Elgin Marbles are displayed at the British Museum in London

For all their global significance, neither the frieze nor the Parthenon can be viewed as complete without the missing sculptures. Instead, mere plaster casts of the marbles occupy their rightful places – or, in some cases, thin air. A sad testament to the pieces missing from this invaluable part of world heritage.

This year marks the 200th anniversary of Greece’s war of independence against the Ottoman Empire, a war in which Britain stood with Greece in the fight for freedom.

What greater manifestation of the Prime Minister’s vision of a new, self-confident, open and truly global Britain could there be, then, than for his Government to take a bold step forward and, with the British Museum, repatriate the Parthenon Sculptures?

In such a case, Greece is prepared to consider allowing some of the world’s most iconic artefacts – pieces that have never left our shores – to be displayed at the British Museum in return.

Museums and galleries are increasingly looking to return, share, loan and collaborate, after all. Take the remarkable exhibition at the Science Museum, Ancient Greeks: Science and Wisdom, which I opened last week. It brings together artefacts not only from Greece and the UK, but from many other countries and collections. 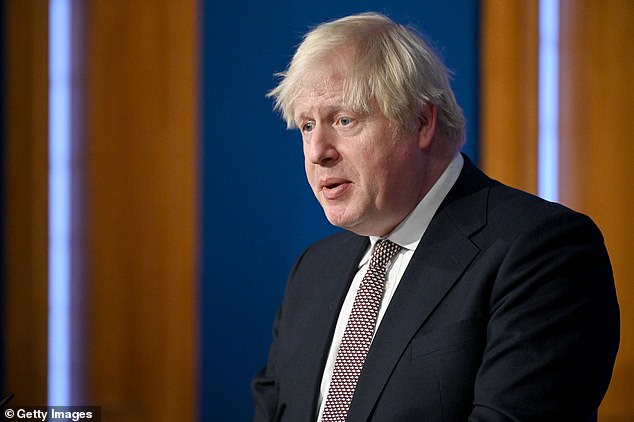 PM Boris Johnson has a ‘unique opportunity’ to return the artefacts to Greece, according to Mr  Mitsotakis 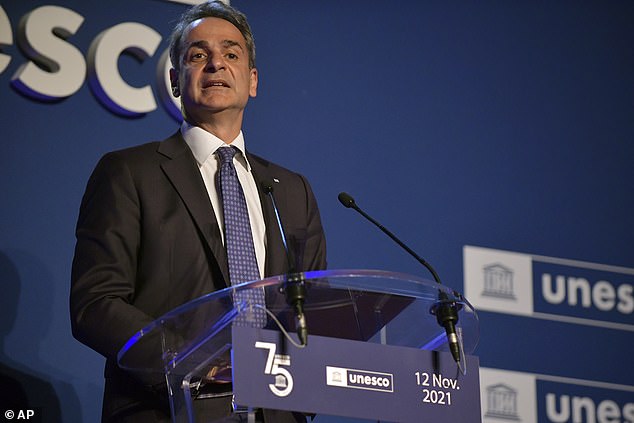 That the marbles must be reunified is not the view of the Greek government alone. It is also the unanimous view of Unesco’s Intergovernmental Commission for promoting the Return of Cultural Property to its Countries of Origin.

In September, it criticised the British refusal to address the issue, saying ‘the case has an intergovernmental character and therefore the obligation to return the Parthenon Sculptures lies squarely on the UK Government’.

Many Britons appear to agree. Indeed, polling suggests that support for returning the marbles to Greece has strengthened in recent years. Of course, the British Museum would argue that returning the sculptures is ‘the thin end of the wedge’ – a move that would compel it to return other items.

It wouldn’t. We believe the marbles are a special case, a one-off.

Yes, Lord Elgin acted illegally. Using dynamite and iron crowbars, he literally cracked the marble reliefs free from their supports, damaged the Parthenon and shipped the sculptures out of the country.

In the end, however, this isn’t primarily an argument about ownership or legality. Rather, it is a political and moral case and one framed by a simple technicality. Reuniting the marbles would be made very much easier if the British Government cut the political restraints in the form of the British Museum Act of 1963 that tie the hands of the museum. 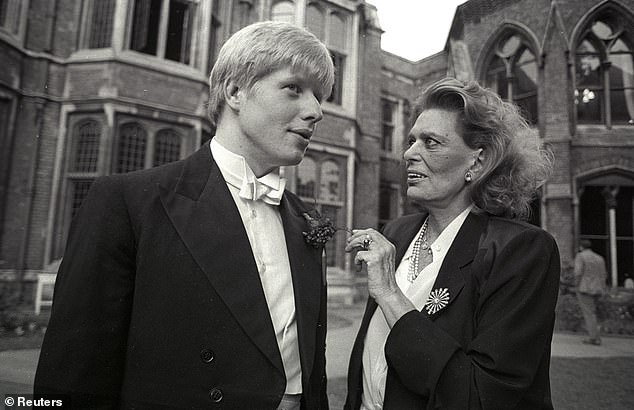 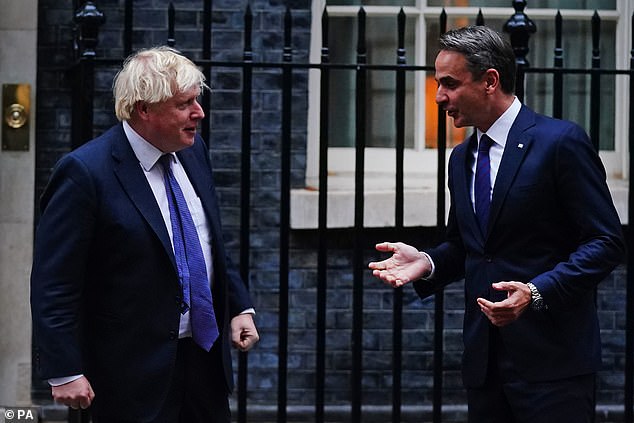 Now, given the Prime Minister has told me he would not stand in the way of Greece establishing a formal dialogue with the British Museum over the future of the marbles, I can only assume things will be different – that he will not obstruct any future agreement and, instead, the Prime Minister would seek to amend the relevant legislation to allow the sculptures’ return.

One thing is certain. The ties that bind Greece and the UK go back centuries.

Today, that relationship is strong, and it is enduring. But we cannot pretend that it is complete.

Which is why I hope that London and Athens can work together to overturn an injustice that weighs heavy in all Greek hearts.

Your greatest ever poet, Lord Byron, was one of many Britons who fought with us in the war of independence. In 1824, Byron died a hero to Greece, following the second siege of Missolonghi.

Nearly 200 years after Byron’s death, I believe that the classical scholar in Boris Johnson knows that he has a unique opportunity to seize the moment and make this generation the one that finally reunites the Parthenon Sculptures.

Prime Minister, it is time to seize that moment.