Kylie Jenner Shares Look-Alike Photos of Herself and Daughter Stormi

Like mother, like daughter! Kylie Jenner showed that she and her 2-year-old daughter, Stormi, bear a striking resemblance in a side-by-side photo comparison.

The Kylie Cosmetics founder, 22, shared a throwback picture of herself as a toddler wearing pigtails next to a picture of Stormi with a bow in her hair. The snapshots spotlighted the twosome’s similar features.

i love these😍 [KYLIE REPOSTED ON HER STORY]

The Keeping Up With the Kardashians star has commented on their family resemblance in the past. In August 2018, Jenner posted a photo with her then 6-month-old daughter, which prompted fans to repost the pictures and comment on their similar looks. The Life of Kylie alum compiled the posts on her Instagram Story writing, “My twinny 🖤.”

Jenner is currently quarantining with Stormi — whom she shares with Travis Scott — at her home in Calabasas, California. The “Sicko Mode” rapper, 28, has been spending time with the mother-daughter duo and has been spotted on Jenner’s social media accounts frequently since their split six months ago.

The makeup mogul celebrated Scott’s birthday in April with a sweet birthday tribute that gave Stormi a special shout-out. 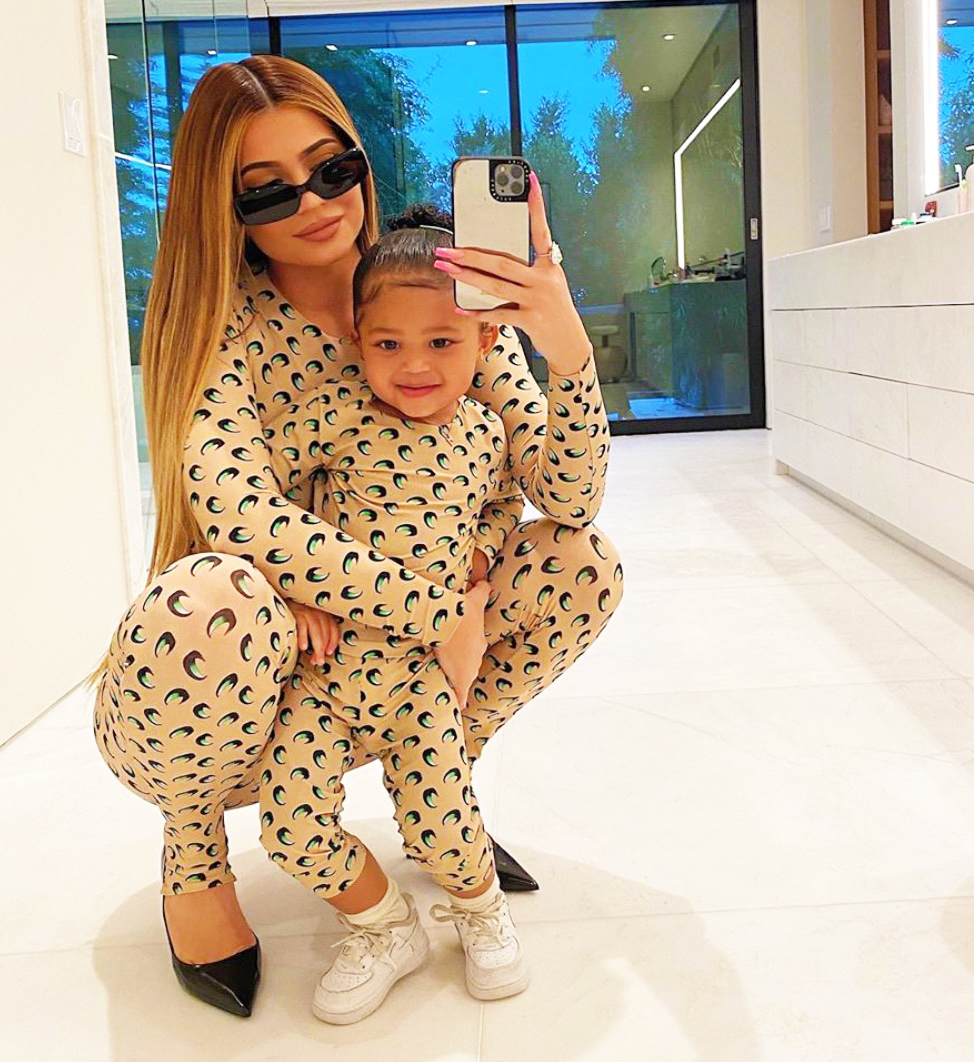 “DADA happy birthday to daddy of the year!” Jenner wrote via Instagram on Thursday, April 30. “I’m slowly but surely starting to accept the fact that storm is a daddy’s girl. 😫 but whatever. we went half on greatness! the most beautiful, smart, loving and funny little baby. the best gift. ok i’m crying. love you forever! @travisscott.”

Jenner and Scott called it quits on their relationship in October 2019 after more than two years of dating. Although multiple reports surfaced in March that the pair had rekindled their romance, Jenner’s nephew, Mason Disick, shut down the speculation later that month.

“No, Kylie and Travis are not back together,” Kourtney Kardashian and Scott Disick‘s eldest son said during an Instagram Live. His parents later deleted the 10-year-old’s social media account.

A source told Us Weekly in February that the pair’s top priority is working on their coparenting relationship for Stormi.

“Kylie and Travis coparent great together and those close to them are hopeful that they officially get back together, but Kylie and Travis are doing their thing and trying to keep their current relationship status low-key and to themselves at the moment,” the insider said at the time.