And that’s how Kravis came to be.

Kourtney Kardashian shared more about the origin of her relationship with fiancé Travis Barker during Wednesday night’s ABC News primetime special “The Kardashians.”

“It’s so funny when we think about, like, this is us. Can you believe it? We’re, like, Kourtney and Travis, who are friends,” the reality star, 42, told “Good Morning America” co-anchor Robin Roberts.

“I felt like deep down, if we looked into each other’s eyes and made it, you know, physical, that it would just be over.”

Hours before the special aired, Kardashian confirmed that she and the Blink-182 musician, 46, had a sham wedding in Las Vegas after attending the 2022 Grammy Awards together Sunday night.

“Found these in my camera roll,” she captioned a series of photos from the impromptu ceremony.

“Once upon a time in a land far, far away (Las Vegas) at 2am, after an epic night and a little tequila, a queen and her handsome king ventured out to the only open chapel with an Elvis and got married (with no license),” she wrote, adding, “Practice makes perfect.”

Barker also shared photos from the ceremony, captioning his own post on Instagram, “What happens in Vegas.”

Page Six exclusively reported Tuesday that the duo did not get legally married after reports surfaced that they had exchanged vows at Sin City’s One Love Wedding Chapel. 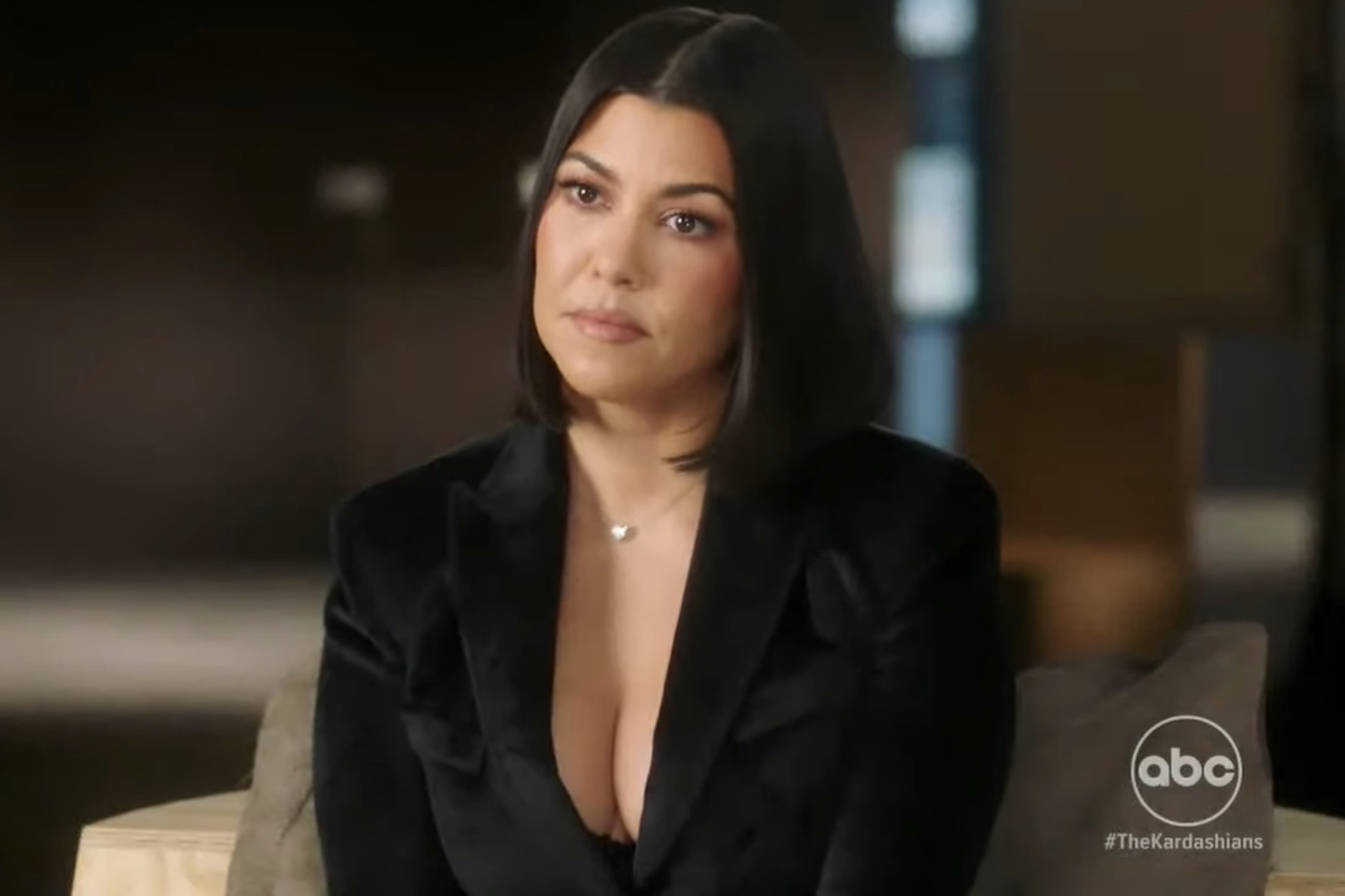 Kardashian and Barker got engaged in October 2021 after nine months of dating, with the “All the Small Things” rocker popping the question outside the Rosewood Miramar Beach Hotel in California, where they were surrounded by roses, candles and a camera crew.

Kardashian has never been married. However, she was previously in a long-term relationship with Scott Disick, with whom she has three children: Mason, 12, Penelope, 9, and Reign, 7.