Nationals leader John Barilaro's abandoned threat to bring down the Berejiklian government over koala habitat protections was just the latest in a series of clashes involving environmental issues.

National parks remain central to many of the spats, particularly between Mr Barilaro, who is also Deputy Premier, and Energy and Environment Minister Matt Kean – who has pledged to expand the national park estate by 200,000 hectares, a target that will soon be surpassed. 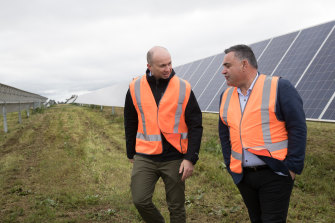 The matters remain potential flashpoints even if Mr Barilaro loses his party leadership role after his backdown on Friday.

Mr Barilaro used an address to the Nationals’ state conference in June 2019 to vow to legislate the downgrading the status of the 42,000 national park to allow timber harvesting to resume.

Within two months, though, the Deputy Premier had backed off: accepting a compromise proposal from his Liberal counterparts that would eventually make thinning trials a permanent feature.

Mr Barilaro's success in getting heritage listing for brumbies in the giant 690,000-hectare Kosciuszko NSW remains a festering sore in Liberal-Nationals relations.

Mr Kean last month pushed on with efforts to trap and reduce numbers of the feral animals in the delicate and endangered alpine wilderness. 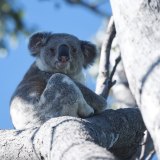 Not going anywhere: the government appears to be sticking by its policy for the protection of koala habitat.Credit:Nick Moir

He said the removals were only taking place in 9 per cent of the park and cited scientific advice, including from a panel set up at the Deputy Premier's behest, for the need to carry on.

Among the latest flare-ups has been the Nationals' demands for greater prescribed burning in national parks to reduce fuel loads.

In a heated cabinet meeting in late August to discuss the NSW Bushfire Inquiry report, Mr Barilaro and other National MPs are understood to have fumed that the 76 recommendations made by former chief scientist Mary O'Kane and ex-deputy police commissioner Dave Owens did not go far enough, Liberal sources say.

Apart from more burning in the national park estate, they also called for cattle to be allowed to reduce vegetation. The inquiry, though, only suggested more research should be done on grazing impacts.

Premier Gladys Berejiklian, largely silent during the discussion, said the cabinet accepted the 76 recommendations but left open the door to go further in the future.

Mr Barilaro and fellow Nationals MP and Water Minister Melinda Pavey have regularly threatened to pull NSW out of the $13 billion Murray-Darling Basin Plan despite have no power or cabinet backing to do so.

Of particular irritation to Nationals is that Mr Kean has so-called concurrence rights, giving him final say on policies from water-sharing plans to native-vegetation controls that the farmers' party feel really belong to them.

Back in July, the Nationals were agitating to have concurrence issues added as a cabinet agenda item so that they could demand changes and potentially storm out if they weren't stripped from Mr Kean.

The stoush was avoided in part because Mr Barilaro was absent following his father's passing.

Many Liberals, lately including Gladys Berejiklian, have become alarmed at the rapid decline of koala numbers – particularly after last season's bushfires destroyed as much as a fifth of the marsupials' habitat and incinerated untold thousands of the animals.

Although the koala State Environmental Planning Policy (SEPP) was amended with Nationals' approval last December, the changes only stirred the public ire of National MPs in recent weeks despite months of opportunity to negotiate changes with Planning Minister Rob Stokes.

Details of what concessions, if any, Premier Berejiklian has made to restore Coalition harmony may surface in the weeks ahead.

Whoever heads the Nationals will also have uranium mining and marine parks overhauls to add to the list of environmentally-tinged policy differences to haggle with their Coalition partners over.

Related posts:
Who Wants To Be A Millionaire's first £1m winner in 14 years lands jackpot TONIGHT in record time
Michelle Keegan looks amazing in throwback snap from eight years ago with Keith Lemon
Popular News
Chrissy Teigen and John Legend heartbreakingly reveal they have lost their baby boy
01/10/2020
Man Utd wonderkid Ramon Calliste, called ‘the next Giggs’, now owns luxury watch business and makes £5m a year – The Sun
26/03/2020
Megan Thee Stallion Addresses Criticism Over Twerking: ‘I Love to Shake My A**’
26/03/2020
Police guard shops to stop coronavirus panic-buyers and enforce social distancing – The Sun
26/03/2020
Coronavirus: Good Morning Britain’s Dr Hilary reveals ‘game-changing’ self-testing kit
26/03/2020
Recent Posts
This website uses cookies to improve your user experience and to provide you with advertisements that are relevant to your interests. By continuing to browse the site you are agreeing to our use of cookies.Ok