Kmart closing NJ location, only 3 stores left in US

Here are your FOX Business Flash top headlines for April 11.

Kmart is shedding another one of its brick-and-mortar department stores, leaving only a handful left in the country.

Its Avenel, New Jersey, store is slated to close its doors for good on Saturday. Employees at the Kmart location found out just last month that it would close.

Kmart, now owned by Transformco, once had over 2,000 locations nationwide. Now, after this next closure, it will be down to just three in the continental U.S. and a handful of stores elsewhere, according to multiple reports.

Kmart’s decline has been slow but steady, brought about by years of falling sales, changes in shopping habits and the looming shadow of Walmart, which coincidentally began its life within months of Kmart’s founding in 1962. 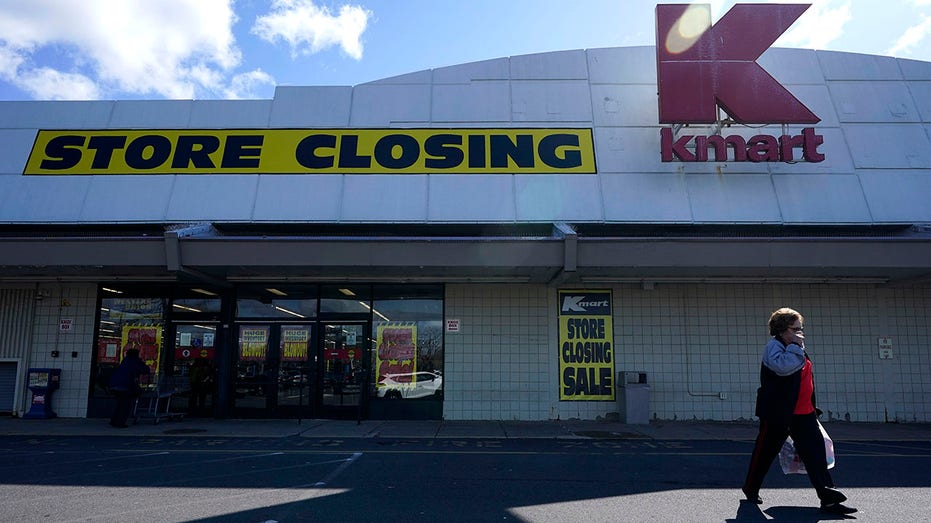 Eventually, Kmart filed for Chapter 11 bankruptcy protection in early 2002 – the largest U.S. retailer to do so – after struggling to compete with other heavy hitters in the industry. It announced it would shutter more than 250 stores.

A few years later, hedge fund executive Eddie Lampert combined Sears and Kmart and pledged to return them to their former greatness, but the recession and the rising dominance of Amazon contributed to derailing those goals. Sears filed for Chapter 11 in 2018 and currently has a handful of stores left in the U.S., where it once had thousands.

Representatives for Transformco did not immediately return FOX Business' request for comment.