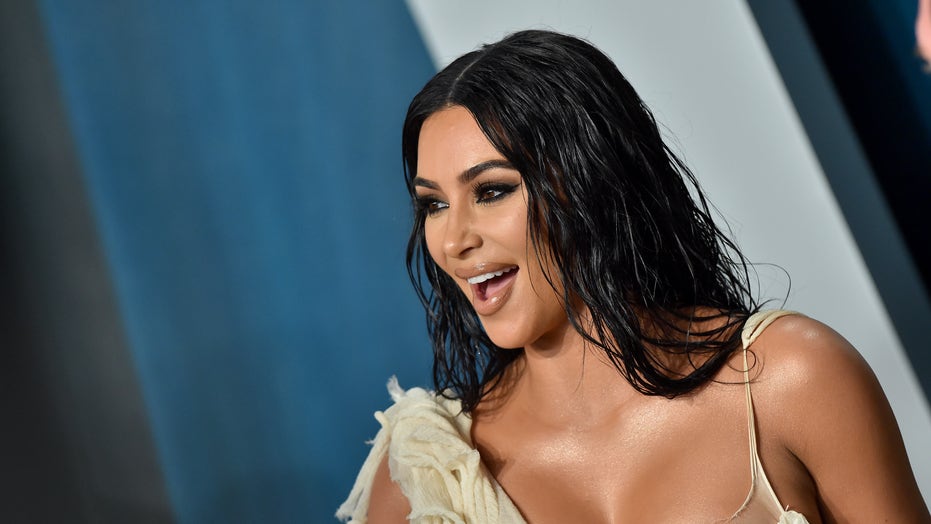 Kim Kardashian: What to know

Who is Kim Kardashian? Here are a few things you should know about the socialite.

Kim Kardashian may have married Kanye West six years ago, but she’s still daydreaming about the dress she wore to say “I do.”

Over the weekend, the 39-year-old reality star shared intimate images to her Instagram Stories of the fittings for the Givenchy gown in 2014, Harper’s Bazaar reports.

The behind-the-scenes shots included a mirror selfie featuring the fitted lace gown, a photo of the bride talking on the phone and a dressed-down Kardashian beaming in her skivvies while the veil floated down around her.

Kardashian is said to have shared the shots in celebration of designer Riccardo Tisci's birthday. Now the chief creative officer of Burberry, Tisci was the creative behind the wedding-day design, according to Cosmopolitan.

Last week, a source claimed the KKW Beauty and Skims mogul is taking extra precautions to protect her four children, following increased attention on her husband after he announced his bid for president and posted a number of Twitter rants.

Amid the drama, Kardashian and her family have reportedly stepped up to help keep West's children with his wife — North, 7, Saint, 4, Chicago, 2, and Psalm, 1 — occupied.

"She is shielding the kids. All of her family is. They’ve circled around the kids and are insulating them from all of this," a source recently told People magazine.

"And everyone else has decided to create an atmosphere of normalcy around them," the insider added. "They don’t need to see such a public meltdown."