Leaning on her man! Kim Kardashian is “very happy” with Pete Davidson as she confronts her latest drama with estranged husband Kanye West, a source exclusively reveals in the new issue of Us Weekly.

The 28-year-old Saturday Night Live star makes the 41-year-old Keeping Up With the Kardashians alum “laugh and feel comfortable during this rough time,” the insider says, noting that the 44-year-old rapper’s ups and downs with Kardashian don’t concern Davidson.

“It’s not impacting their relationship at all,” the source explains. “If anything, this drama is brining Kim and Pete closer together because he makes things so easy.” 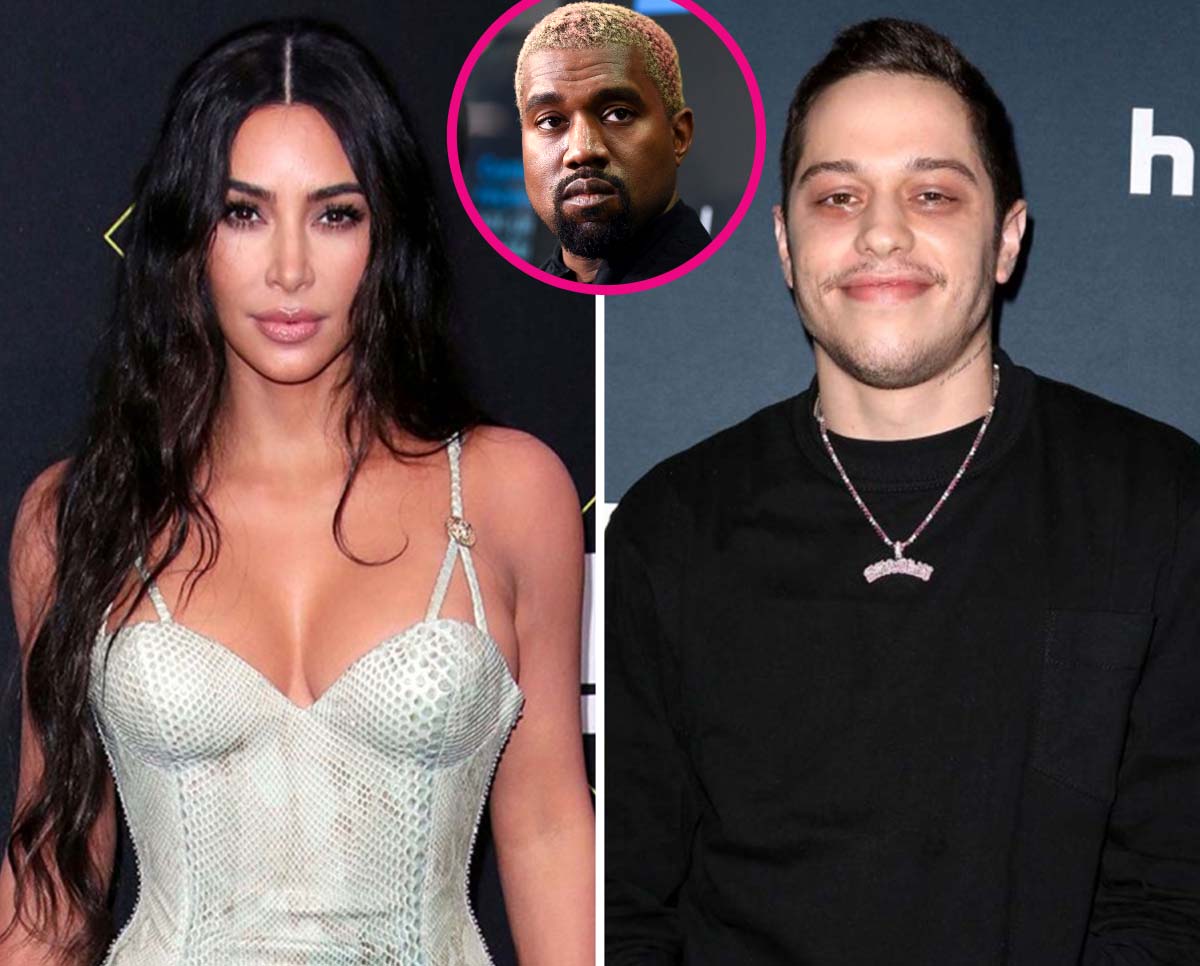 The Selfish author and West were married for nearly seven years before splitting in February 2021. Eight months after she filed for divorce, the KKW Beauty founder was linked to Davidson. Since confirming her romance with the New York native in November 2021, Kardashian’s relationship with her estranged spouse has grown tense.

Earlier this month, West dissed Davidson in a leaked verse from a new song, “My Life Was Never Easy.” He continued to raise eyebrows when he claimed that he was not invited to his and Kardashian’s daughter Chicago’s 4th birthday party. During an Instagram Live on Saturday, January 15, the Yeezy designer said the celebration’s location was allegedly kept secret from him.

The “Jesus Walks” rapper also shares North, 8, Saint, 6, and Psalm, 2, with the Skims founder. He eventually made an appearance at the party, claiming Travis Scott sent him the address and that Kylie Jenner let him in when he was allegedly stopped by security. (The doll-themed event was a joint celebration for Scott and Jenner’s daughter, Stormi, 3.)

As the drama transpired on Saturday, a source exclusively told Us, “Kim was shocked to learn that he released a video about not being invited to her party — that’s not true and as soon as he asked to come he was given the location.”

The insider added that Kardashian and West “always [had] two parties planned” for their youngest daughter’s big day, which was the musician’s idea.

“Kanye has caused a lot of drama lately with the family [and] they’re not happy with what’s transpired over the last few days,” a separate source exclusively told Us on Monday, January 17, noting that the Grammy winner is “uncontrollable” as he continues to air their “private matters” in public.

In the wake of West’s party outburst, the third insider said that Kardashian is “ready for that chapter to close for good” as the pair continue to finalize their divorce. In December 2021, the reality star requested to be declared legally single and to restore her last name.

While West has been vocal over the past few months about wanting to make things work with his estranged wife — despite his budding romance with model Julia Fox — the mother of four is “hoping the divorce is settled soon,” the source told Us on Monday.

For the latest on Kardashian and West’s rocky relationship, watch the exclusive video above and pick up the newest issue of Us Weekly on newsstands now.