Sealed with a kiss! Katie Holmes was seen packing on the PDA with Emilio Vitolo Jr. during a night out in New York City on Sunday, September 6.

In photos obtained by the Daily Mail, the 41-year-old Dawson’s Creek alum sat on the 33-year-old chef’s lap as they dined at Peasant Restaurant in Manhattan. The twosome, who both sported white T-shirts and jeans, were seen looking into each other’s eyes and caught kissing in the pics.

Sunday marked Holmes and Vitolo Jr.’s second outing in NYC this month. The pair first sparked romance rumors at the Mediterranean restaurant Antique Garage in SoHo. The restauranteur works at Emilio’s Ballato, which was bought by his father, Emilio Vitolo Sr., in the ‘90s, in the same NYC neighborhood. 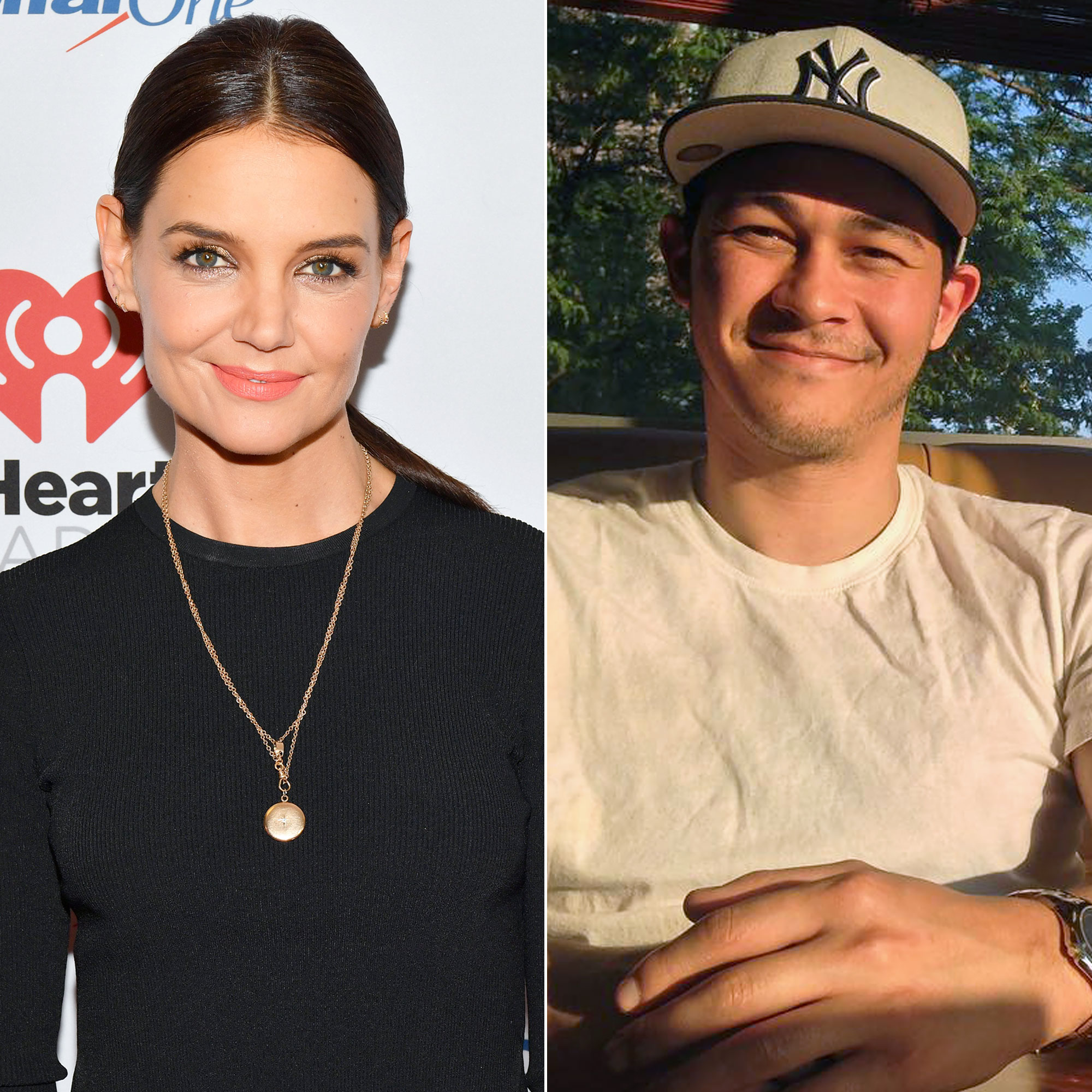 Holmes was previously married to Tom Cruise from 2006 to 2012. Us Weekly broke the news in 2015 that the actress had secretly started dating Jamie Foxx post-divorce. The twosome ended their six-year relationship in August 2019.

Katie Holmes and Jamie Foxx: The Way They Were

“Katie and Jamie live a very private lifestyle and intend to keep it that way,” an insider previously told Us about their dynamic. They don’t plan on getting engaged anytime soon because they’re happy with how things are right now.”

A second source revealed to Us that Holmes, who shares a 14-year-old daughter with Cruise, was the one to pull the plug on her relationship with Foxx, 52, after he was seen out with singer Sela Vave.

“It has been many years of him stepping out with other women,” the source said. “He’s disrespectful and their lives were different. His partying ways don’t fit with hers as she’s focused on raising her daughter and working.”

Foxx, meanwhile, denied dating Vave after his breakup from Holmes made headlines.

“I’m escorting her to my car, to put her in the car — my artist, who hangs out with my kids, who’s as young as my daughter [Corinne, 26],” Foxx, who is also the father of Annalise, 10, told her followers via Instagram Live in August 2019. “She’s been brought into the family, she works hard and she’s a beautiful singer.”

Related posts:
Sainsbury’s offers clever hack to get bonus Nectar card points – but you must act fast
How to deal with body acne, according to a consultant dermatologist
Popular News
Police marksman kills dog after he bites his owner, 35, to death
23/09/2020
Man Utd wonderkid Ramon Calliste, called ‘the next Giggs’, now owns luxury watch business and makes £5m a year – The Sun
26/03/2020
Megan Thee Stallion Addresses Criticism Over Twerking: ‘I Love to Shake My A**’
26/03/2020
Police guard shops to stop coronavirus panic-buyers and enforce social distancing – The Sun
26/03/2020
Coronavirus: Good Morning Britain’s Dr Hilary reveals ‘game-changing’ self-testing kit
26/03/2020
Recent Posts
This website uses cookies to improve your user experience and to provide you with advertisements that are relevant to your interests. By continuing to browse the site you are agreeing to our use of cookies.Ok