Kareem Abdul-Jabbar wrote a stirring plea in The Hollywood Reporter on Tuesday, calling for the American film industry to improve its portrayal of Asian characters.

“Back in the late ’60s when I was a student at UCLA studying martial arts under Bruce Lee, he spoke often and passionately about the harmful way Asian Americans were portrayed on television shows and in movies. … Asian males were grateful, sexless servants. Asian women were generally beautiful, demure, sexy servants in need of protection from the gun-toting white males,” wrote Abdul-Jabbar, who sparred with Lee in the 1978 film “Game of Death.”

Abdul-Jabbar, a six-time NBA champion, noted that Lee worked to dismantle these stereotypes but eventually turned to the world of Hong Kong action cinema because he was frustrated by Hollywood. And there have only been a few exceptions to these demeaning on-screen portrayals in the nearly five decades since “Game of Death” was released, Abdul-Jabbar wrote, including “Minari,” “The Farewell,” and “Crazy Rich Asians.” 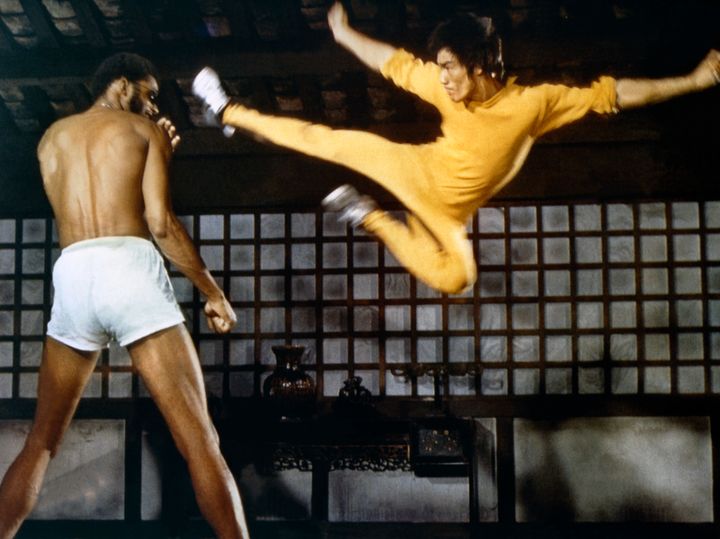 The U.S. may have seen a rise in anti-Asian violence due to COVID-19 and “moronic politicians” who used racist rhetoric to refer to the virus, but Abdul-Jabbar said “the degrading perception of Asian Americans by the non-AAPI community” has always existed.

“This perception, which infantilizes women and emasculates men, creates an environment, both conscious and subconscious, that tacitly permits the persecution of those considered somehow less worthy of respect than whites,” he wrote.

Many children have also grown up reading books that taught them it was fine to demean Asian Americans, he wrote, pointing out that Dr. Seuss’ estate recently stopped publishing multiple books with racially insensitive portrayals of Black and Asian people and that a spinoff from the “Captain Underpants” series titled “The Adventures of Ook and Gluk: Kung-Fu Cavemen From the Future” would no longer be distributed.

“We need a commitment to produce more varied portrayals of Asian Americans, but also that more of their stories to be told by Asian Americans working behind the cameras, including writers and directors,” Abdul-Jabbar wrote. “The problem is when the industry produces a ‘Minari’ or ‘The Farewell’ … it likes to sit back and relax while congratulating itself. But prejudice — and the hostility and violence that results — doesn’t sit back and relax.”