Jockey dead at 24: Trampled to death just seconds into race after horror fall as fans pay tribute to Jitendra Singh

A JOCKEY been trampled to death after falling from his horse during a race.

Jitendra Singh, 24, an apprentice jockey in India, was rushed to hospital but pronounced dead on arrival, according to reports. 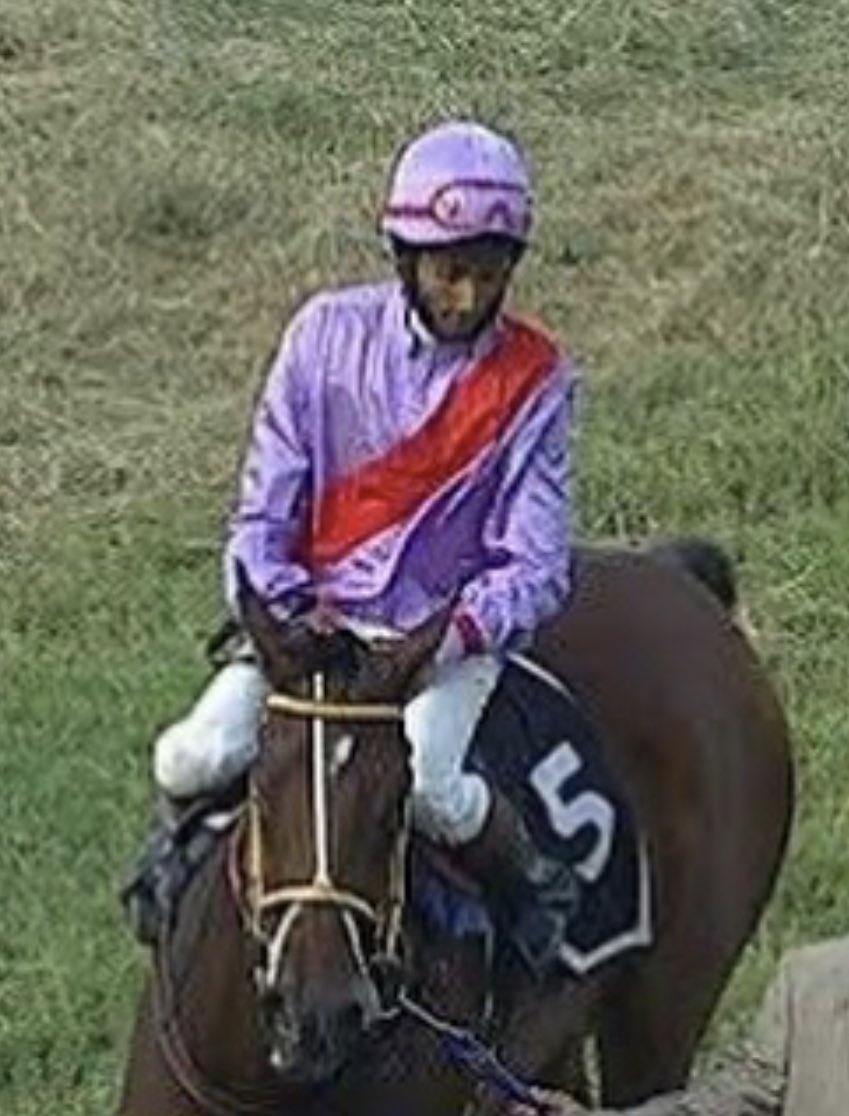 Singh, who was from Rajasthan, a state in northern India, had been competing in a race at Hyderabad Race Club when the tragedy occurred.

Chaderghat inspecter of police P Sateesh said: "About ten seconds into the race Jitendra fell from the horse, Gold Label.

"He was rushed to a nearby hospital where doctors declared him brought dead on arrival.

"We suspect that he was trampled by horses and suffered internal injuries."

The jockey, wearing yellow silks, is in the middle of the pack early on in the race on flats.

It appears his horse clips heels with another during the hustle and bustle for position.

Singh falls to the floor as the horses behind continue to charge forward.

Singh's horse is briefly brought down before getting to its feet and carrying on.

Fans were in shock at the news of his death and posted their condolences online.

One said: "Tragic news coming in from Hyderabad, jockey Jitendra Singh who was on Gold Label who went down in the fourth race has passed away! RIP."

Another posted: "Absolutely devastating news to start off 2021 – Hyderabad racing today – jockey Jitendra Singh who was on Gold Label who went down in the 4th race has passed away!

"RIP – what a sad day – puts everything into perspective! Thoughts are with Indian racing today."

A fellow racing follower wrote: "Sorry sorry news from Hyderabad as apprentice jockey Jitendra Singh has passed away following an incident in the 4th race at the track.

And another comment said: "Very sad news. The perils of our sport. RIP."

Much loved trainer Zoe Davison sadly lost her battle against cancer aged 60 on Sunday – the same day she sent out to two winners at Plumpton.

And billionaire magnate JP McManus has withdrawn all his future runners following the shock death of his 40-year-old daughter-in-law.

Related posts:
Trump was ‘dismissed as a PRANK CALLER 18 times’ before finally getting through for his 'find 11,780 votes' chat
Lil Yachty Urges President Donald Trump to Give Kodak Black Prison Pardon
Popular News
Duke of Northumberland plans to build £7.9m hotel
25/01/2021
Man Utd wonderkid Ramon Calliste, called ‘the next Giggs’, now owns luxury watch business and makes £5m a year – The Sun
26/03/2020
Megan Thee Stallion Addresses Criticism Over Twerking: ‘I Love to Shake My A**’
26/03/2020
Police guard shops to stop coronavirus panic-buyers and enforce social distancing – The Sun
26/03/2020
Coronavirus: Good Morning Britain’s Dr Hilary reveals ‘game-changing’ self-testing kit
26/03/2020
Recent Posts
This website uses cookies to improve your user experience and to provide you with advertisements that are relevant to your interests. By continuing to browse the site you are agreeing to our use of cookies.Ok