AN Australian jockey has been banned for 12 months after kicking a horse TWICE.

Chris McIver has been disqualified from racing less than a year after he was filmed whacking a horse over the head. 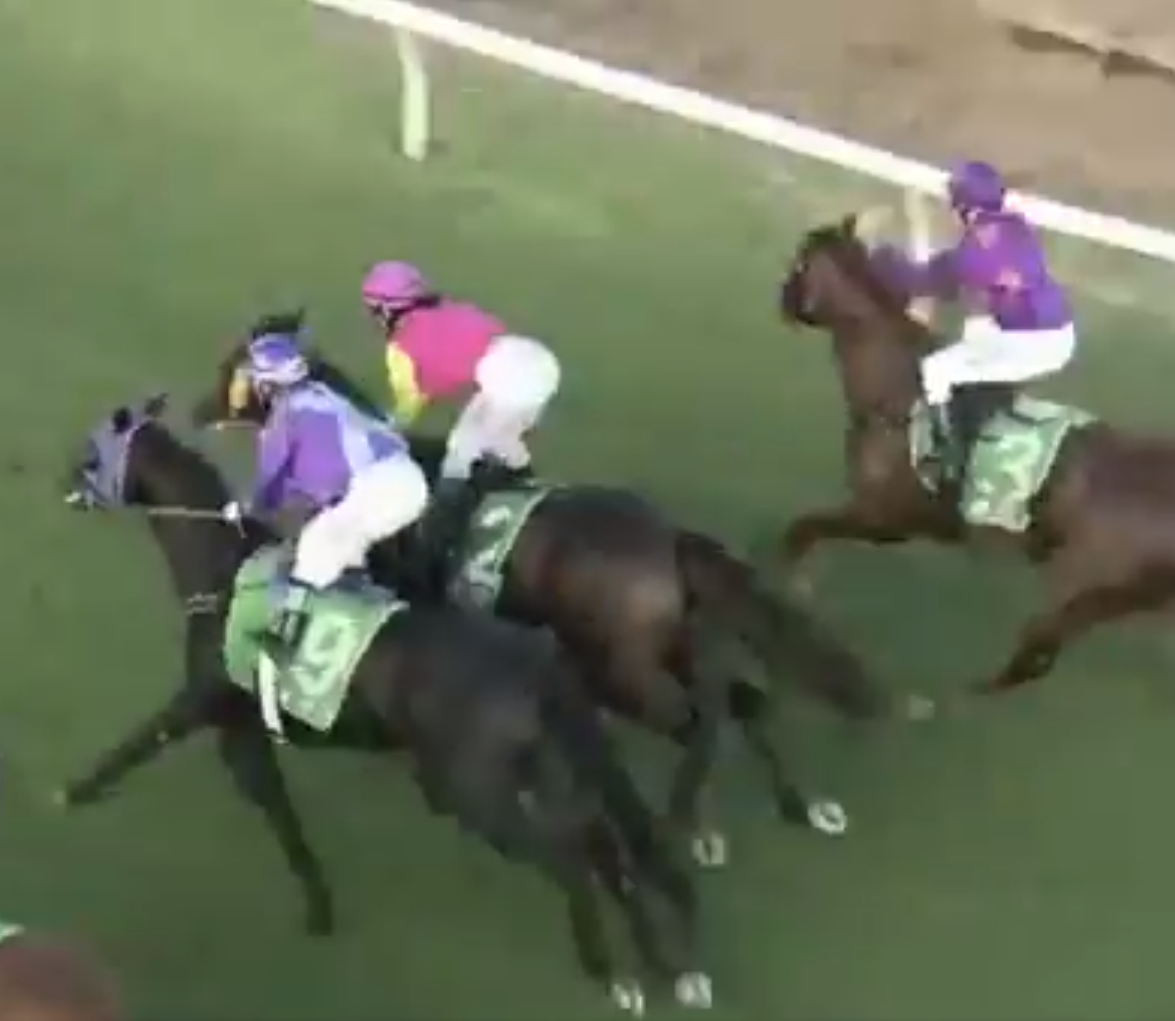 Queensland-based McIver, 33, kicked a horse at the barriers before a race in Rockhampton last month.

McIver was found guilty of misconduct by racing chiefs after he 'twice forcibly stomped on the hindquarter' of his mount Or Else.

The jockey was given a seven-month ban last April for striking Absolute Bonza after the finish of a race at Mackay.

Racing Queensland stewards charged him with improper conduct after the race, to which he pleaded guilty.

Incredibly, that misdemeanour came after another ban in 2019 for a similar incident.

McIver's ban came as part of a crackdown by racing chiefs on 'unacceptable' misconduct breaches by jockeys.

Speaking of McIver's suspension, chief steward Peter Chadwick said: "The penalty must not only deter Mr McIver but must also illustrate to the racing industry that these actions are not to be tolerated.

"In this case Mr McIver also had two recent breaches of the misconduct rule in 2019 and 2020."

Another Queensland jockey Nigel Seymour was banned for nine months after sending threatening messages to a trainer.

Two more shocking incidents stunned racing fans Down Under, according to news.com.au.

Brisbane-based jockey Nathan Thomas pleaded guilty to misconduct and was banned for two weeks for hitting his horse with his whip while being put into the barriers for a race.

And stablehand Nick Trimble got a three-month ban for forcibly striking a horse while unsaddling it following a race in Emerald.

The chief steward said all the incidents hurt racing's image and the penalties had to show how unacceptable their actions are.