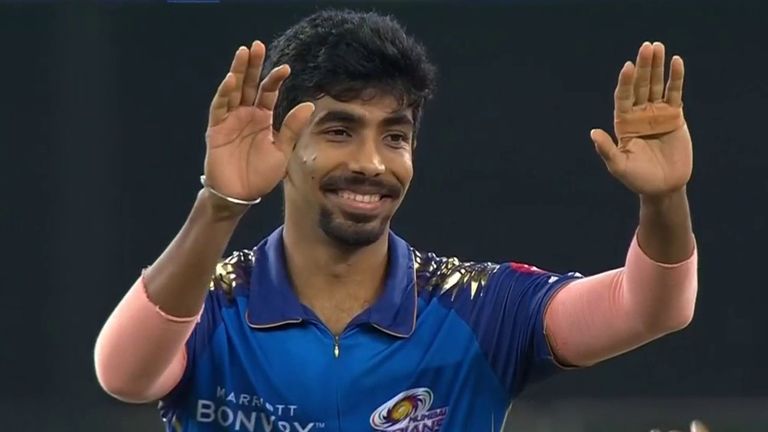 Plenty of players lit up the 2020 IPL – but which 11 made it into Nasser Hussain’s team of the tournament?

Jofra Archer was one of those picked by the Sky Sports pundit on The IPL Cricket Show – no surprise really, with the England and Rajasthan Royals star named IPL MVP after a fine all-round display saw him scoop 20 wickets, send down 175 dot balls, and also impress with the bat and in the field. 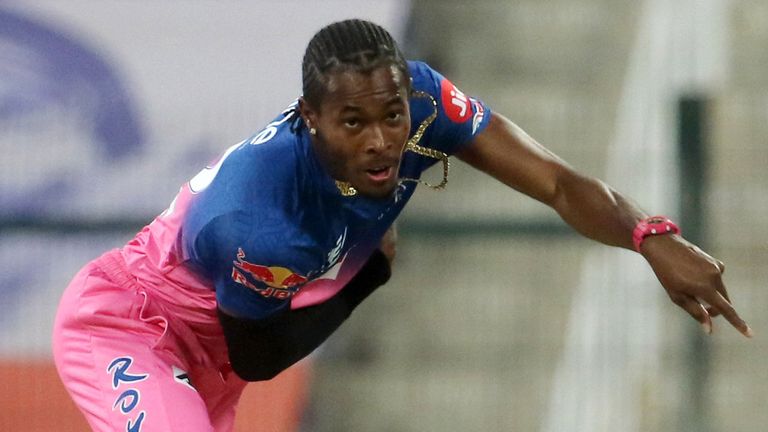 Here is Nasser’s team in full, which featured five players from champions Mumbai, who claimed a record-extending fifth IPL title with a five-wicket victory over Delhi Capitals in Tuesday’s final in Dubai… 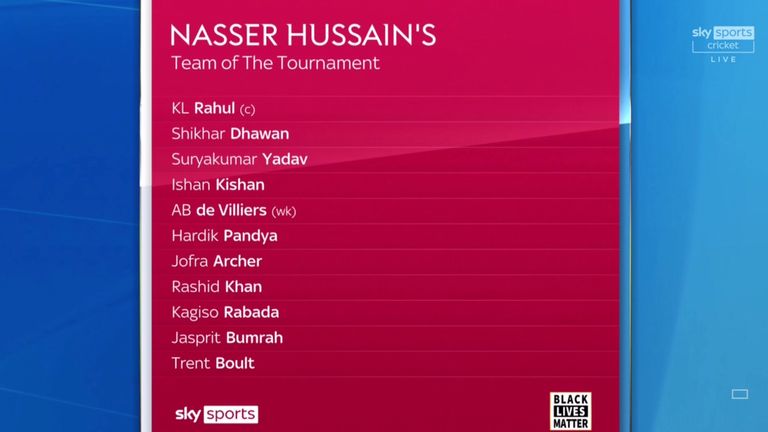 Nasser really wanted to pick Mumbai opener Quinton de Kock (503 runs) but the South African was edged out by Rahul and Shikhar Dhawan (618 runs) with the two Indians racking up the scores in stylish fashion.

“It’s not just the runs they get,” Nasser said of his openers, one of whom, in Dhawan, scored back-to-back centuries against Chennai Super Kings and then Kings XI.

“These two openers are so pleasing on the eye. T20 is about muscle and hitting the ball but it’s also about stroking the ball and Dhawan and Rahul had magnificent tournaments.

“Rahul, I think, is one of the best white-ball players going at the moment. He is a good lesson for any young boy or girl about how to stroke a cricket ball and not over-hit it. Rahul strokes it beautifully.” 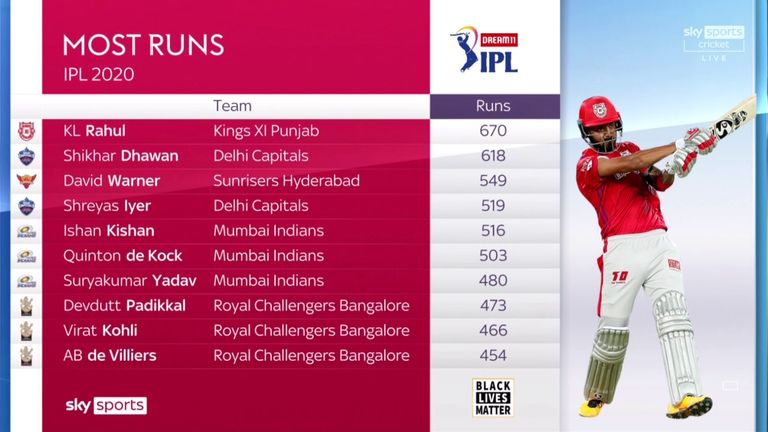 On his Royals team-mate Archer, Buttler said: “He was absolutely outstanding and is bowling exceptionally quickly. He is a real wicket-taker.

“His economy rate for the times he bowled in the game, in the first six overs and the death overs, was exceptional. He is a real star and wants the wicket of the star player in the opposition. He loves that contest.

“Being MVP will give him a hell of a lot of confidence – not that he needs too much, he is a pretty self-confident guy! To know you are the MVP of the biggest T20 tournament in the world is brilliant.” 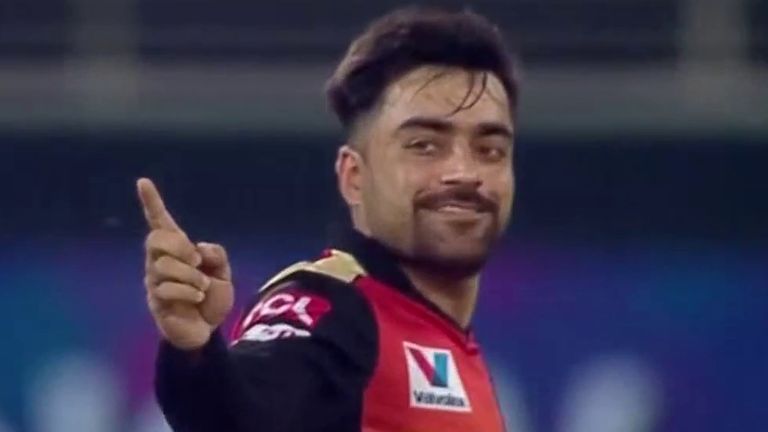 Buttler also explained what make Sunrisers leg-spinner Rashid, who bagged 20 wickets at an economy rate of 5.37, so tough to face.

The England man added: “He is not a big turner of the ball but he can do enough just to beat the bat. One huge strength he has is the speed he can bowl.

“The funny thing with cricket is that you can face a 90mph bowler but a guy who bowls 55, 60mph can rush you more so. The lengths he bowls at the pace he bowls is tough to deal with.

“His wrist is in a very similar position to a googly every ball but the power he has in his fingers means he can make it a leg-spinner. He has given me a torrid time in T20 cricket!”

Watch The Hussain and Key Cricket Show every Thursday at 6pm on Sky Sports Cricket.