Stars, they’re just like Us. Jacob Elordi is reminding his fans that despite his growing celebrity, he is still human at the end of the day.

The Euphoria actor, 23, took to his Instagram Story on Tuesday, September 8, to share a screenshot of a video chat he had with his parents as they’re in his native Australia. Alongside that image, he posted a statement about how he copes with the struggles he encounters.

“[This is] a picture of myself and my mother and father sharing a video call. We communicate like this because I’m really far from home and I don’t get to see them too often. They live in a space of constant anxiety when I am away from them, as do I in the reverse,” he wrote. “This is a reminder that I am a human being.”

Joey King and Jacob Elordi: The Way They Were

Elordi continued, “If you find it difficult to make your way through the day, I get it, life is heavy. I implore you when you feel like this is to try a little kindness, pay it forward and I promise it will find it’s [sic] way back to you. I hope it helps you as I find it helps me. Always in love, J.”

The Kissing Booth 2 star’s comments come after he sparked dating rumors with Kaia Gerber. The pair stepped out in New York City together on Monday, September 7. They were caught holding hands in one photo and were spotted sitting beside each other on a park bench in another image. Before that, the 2 Hearts actor and 19-year-old model were photographed dining at Nobu in Malibu on September 1. 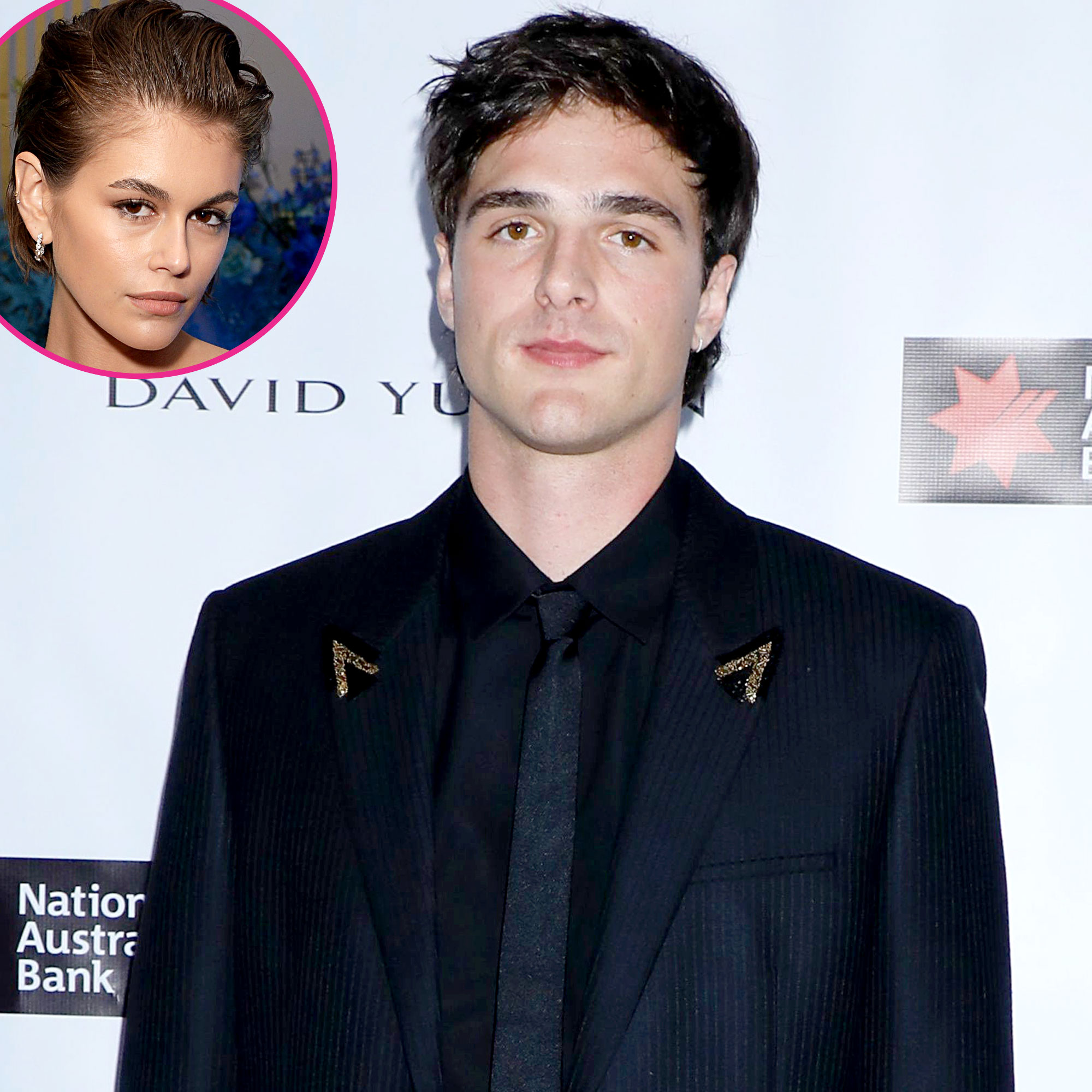 Elordi’s love life has attracted headlines in the past. He previously dated his Kissing Booth costar Joey King from 2017 to late 2018. Despite their split, the pair went on to film the popular Netflix rom-com’s subsequent sequels together.

Zendaya and Jacob Elordi: A Timeline of Their Relationship

King, 21, opened up about her experience working with Elordi following their breakup. “Going back, and doing that, and making the sacrifice, obviously, what everyone is thinking about,” she explained on the “Mood With Lauren Elizabeth” podcast in October 2019. “I’m not outwardly addressing, but what I’m kinda on the sly addressing, making those sacrifices was totally worth it.”

Us Weekly later confirmed in February that Elordi had begun dating his Euphoria costar Zendaya after they sparked dating rumors in August 2019. Their split, however, was speculated after he was spotted with Gerber.

Elordi has detailed the ups and downs fame has had on him so far. Speaking to Men’s Health in July, he opened up about people zeroing in on his body as he was focusing on developing his acting career. “I was super young and got thrown into a world where everyone wanted to talk about my body … it really f–king bothered me,” he said at the time. “I don’t identify with that whatsoever. I was trying to prove myself and be known as an actor. It was so much working out and I hated every second of it.”

Listen to Us Weekly’s Hot Hollywood as each week the editors of Us break down the hottest entertainment news stories!

Related posts:
Olympic volleyball star Kerri Walsh Jennings said foregoing a mask is ‘an exercise in bravery,’ then doubled down in a non-apology
20 of the most iconic red carpet looks from the ’90s
Popular News
Woman reveals she's racked with guilt from cheating on her husband
25/09/2020
Man Utd wonderkid Ramon Calliste, called ‘the next Giggs’, now owns luxury watch business and makes £5m a year – The Sun
26/03/2020
Megan Thee Stallion Addresses Criticism Over Twerking: ‘I Love to Shake My A**’
26/03/2020
Police guard shops to stop coronavirus panic-buyers and enforce social distancing – The Sun
26/03/2020
Coronavirus: Good Morning Britain’s Dr Hilary reveals ‘game-changing’ self-testing kit
26/03/2020
Recent Posts
This website uses cookies to improve your user experience and to provide you with advertisements that are relevant to your interests. By continuing to browse the site you are agreeing to our use of cookies.Ok