Ivanka Trump and Jared Kushner were spotted hitting the golf course with Donald Trump at his Trump National Doral resort in Miami on Thursday.

The couple masked up before puttering around on the driving range together and picked up some tips from a golf pro at one point as well.

Ivanka, 39, was dressed in a white golf skirt with black detailing that matched her tank top, finishing the look with white sneakers and a plain white baseball cap.

Kushner, 40, was seen in a blue Mets cap, a light blue polo shirt and gray slacks. 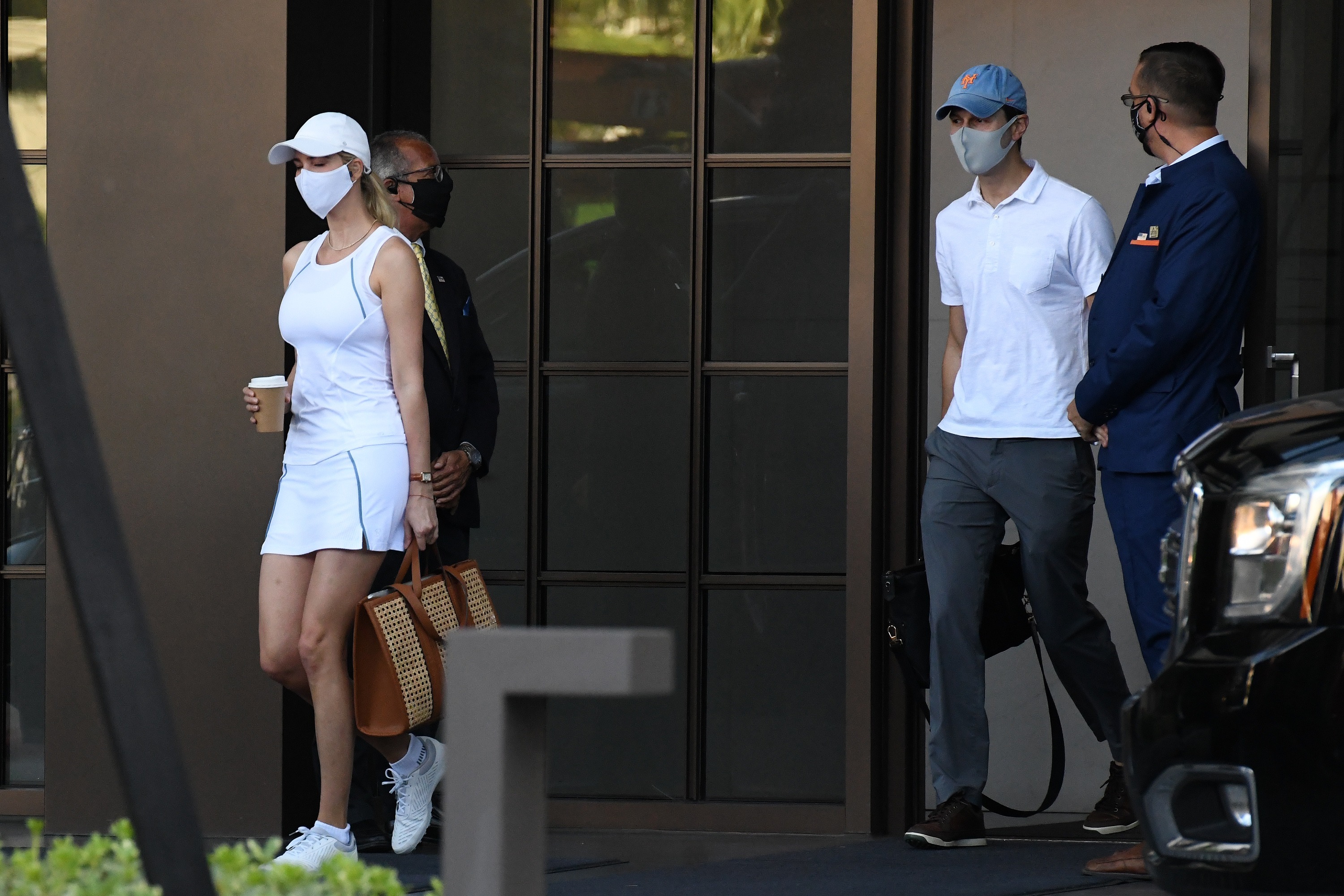 Meanwhile, former President Donald Trump, 74, was spotted across the course golfing with a group of buddies.

The former President purchased the 800-acre golf resort in the center of Miami in 2012 for $150 million. 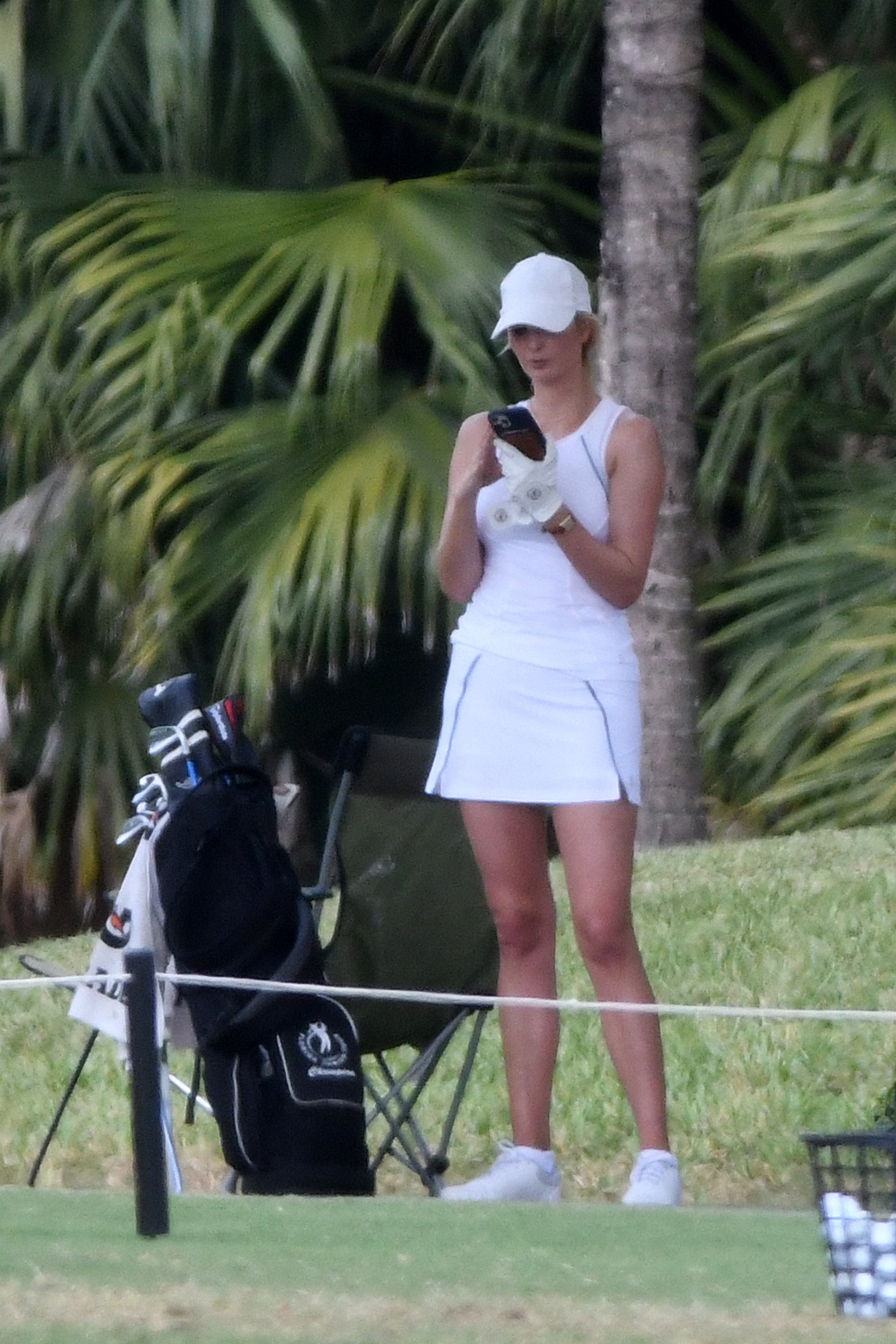 Ivanka and her husband have been spending a lot of time outdoors together since their move down south. 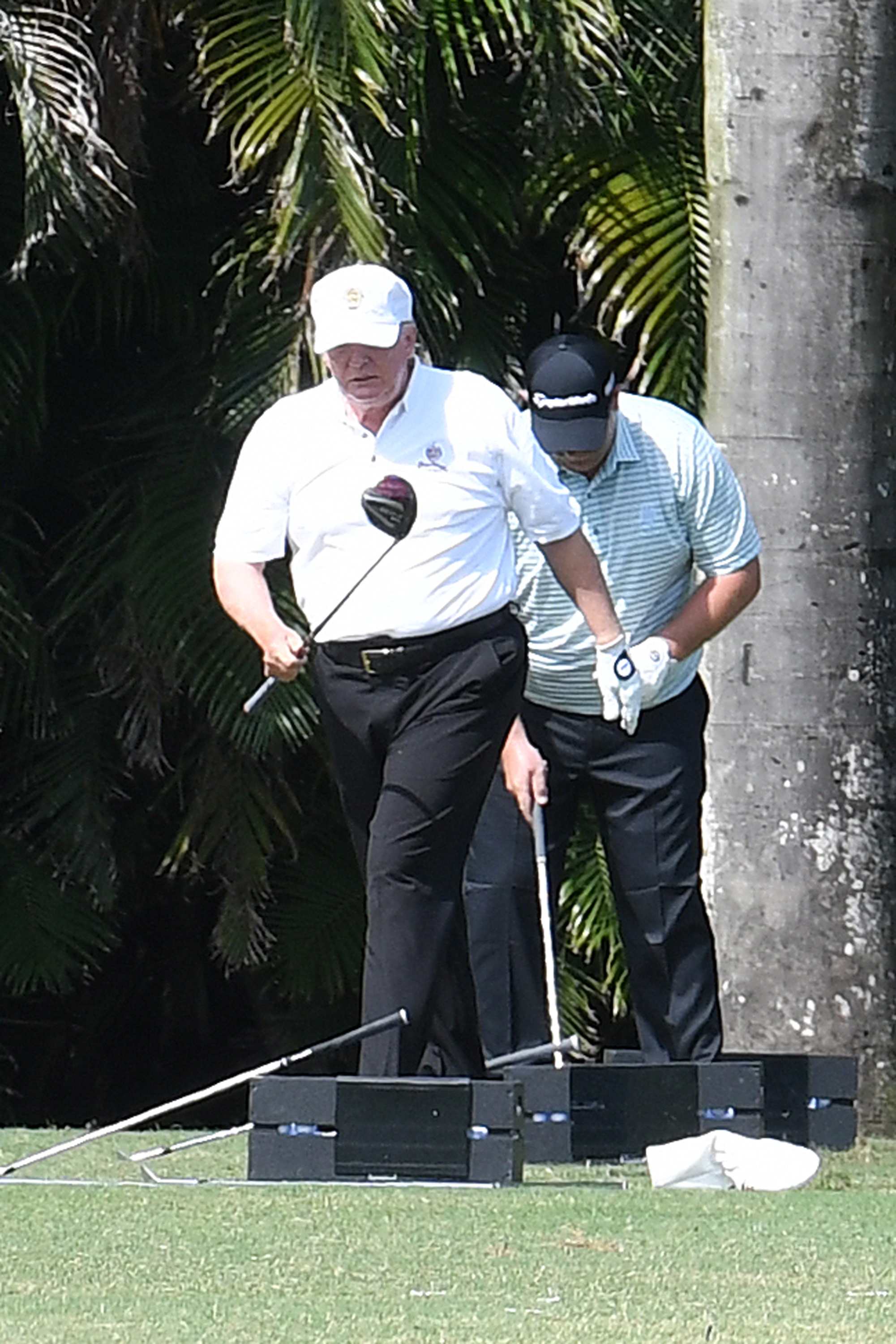 Last week they were spotted working up a sweat together as they jogged outside.